Old Master dealers Colnaghi gallery have agreed to coordinate the scholarly assessment, scientific analysis, and restoration of an Ecce Homo painting thought to be by Michelangelo Merisi da Caravaggio.

The work, titled The Crowning of Thorns, was due to go under the hammer at Ansorena auction house on 8 April with a guide price of €1,500. The painting is owned by the three children of Antonio Pérez de Castro, founder of Madrid’s IADE design school.

The oil on canvas depicting Christ being crowned with thorns was initially attributed to the “circle” of the 17th-century Spanish painter José de Ribera. The painting, which has been in the family of the Pé rez de Castro Méndez for centuries, was set to be sold at auction in Madrid before the family was alerted of its possible reattribution. The family subsequently withdrew the work from auction. The Ministry of Culture has issued an exportation block of the painting from Spain until its attribution and possibly authentication process are complete.

“Colnaghi has a strong legacy of handling paintings by the Baroque master, including hosting Eric Turquin’s Caravaggio in the London and New York galleries in 2019 as part of its world tour. We are uniquely qualified to lead the rigorous process of analysing and assessing a discovery of this magnitude. We will draw on the greatest Caravaggio experts working today to establish the necessary evidence. I am proud and honoured to have been entrusted by the Pérez de Castro Méndez family to provide the connoisseurship, research, and authentication of this great work and to be managing its subsequent sale,” said Jorge Coll, Co-CEO of Colnaghi. see top photo

The estate of the late ‘Pop’ artist Robert Indiana, best known for his LOVE sculptures, has faced a number of challenging legal battles since his death in 2018, age 89.

Although his artistic legacy lives on in museums and galleries worldwide, the artist was cheated by business partners and lawyers who have failed to pay the estate what is owed.

Now, the Maine attorney general’s office has advised the lawyers who charged $8.4 million to handle legal matters for Indiana’s estate that they were vastly overpaid. The attorney general’s office said it had “provided the Estate with detailed expert analysis of the excessiveness of the attorneys’ fees.” This week’s papers filed in Knox County Probate Court demands the executor of Indiana’s estate, James Brannan, a Maine lawyer, put back into the estate nearly half the money, $3.7 million, that he had paid out to seven law firms.

The foundation Indiana set up to protect his artistic legacy after his death is the sole beneficiary of his will. The foundation plans to renovate his home into a museum that will feature his work. 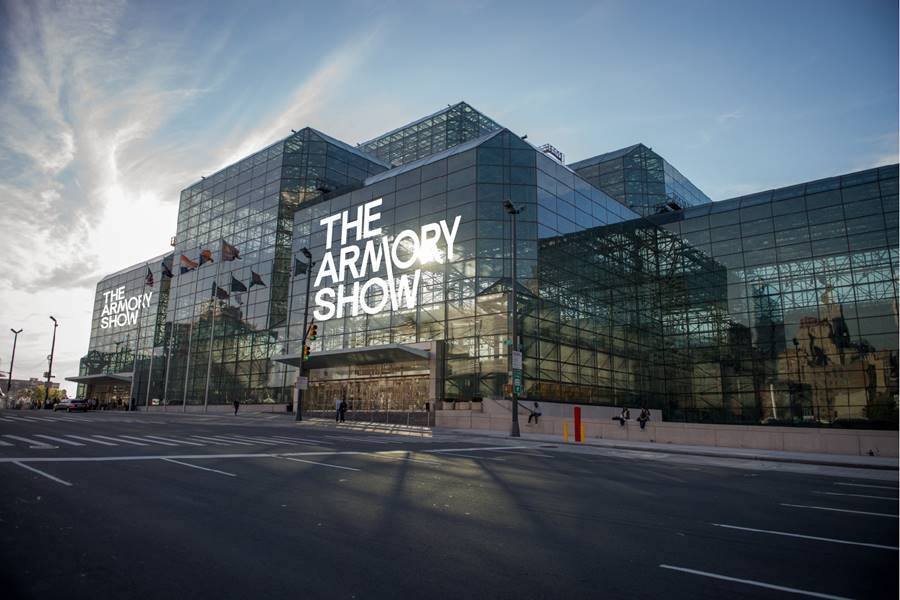 The Armory Show has announced their exhibitor list for its 2021 edition, featuring 194 leading international galleries from 38 countries. The fair will take place from September 9-12, 2021 at the state-of-the-art Javits Center – The Armory Show’s new, permanent venue, as announced in March 2020 during last year’s edition.

The Armory Show is New York’s art fair and has been an essential part of the city’s cultural landscape since 1994. A dedicated member of the art community, we promote profitable exchange and facilitate meaningful discovery. The Armory Show presents the world’s leading international galleries who showcase an array of modern and contemporary art and artists.

THE ARMORY SHOW TO KICK OFF NEW YORK’S FALL ARTS SEASON, FEATURING 194 INTERNATIONAL EXHIBITORS FOR ITS 2021 EDITION – THE FAIR WILL TAKE PLACE AT ITS NEW HOME, THE JAVITS CENTER, FROM SEPTEMBER 9-12, 2021