Frieze London closed their 14th edition of the fair on Sunday 9th October, reporting significant sales to private collectors and public institutions. The fair, displayed over 160 galleries from 30 countries, attracting a record number of collectors resulting in a 30% increase in attendance on preview day and increased collector numbers throughout the week.

Frieze’s institutional relationships, this year saw a 20% increase in museum groups across Frieze fairs. In 2016, Frieze also partnered with two major acquisition funds for national museums: the Frieze Tate Fund, now supported by WME | IMG, and the launch of the Contemporary Art Society’s Collections Fund at Frieze in support of a regional museum in the UK: Middlesbrough Institute of Modern Art.

Several galleries for 2016 returned as well as many new additions joined the fair. Participants across the main fair were commended for outstanding presentations with much enthusiasm for the fair’s bespoke design, and the quality of work presented. Strong business was conducted with sales reported to institutions and collections daily.

A new section curated by Nicolas Trembley entitled The 90s, was a success, with 14 galleries selected to restage seminal shows of the decade. Leading international curators and participating galleries praised the section’s energy and innovation, which celebrated longstanding artist relationships and under- scored the critical role of galleries in recent decades. 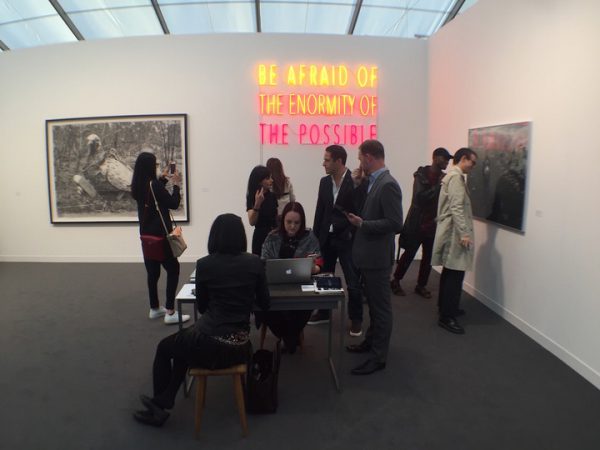 Hans Ulrich Obrist, Artistic Director of The Serpentine said ‘Nicolas Trembley’s wonderful Nineties section was a great highlight a portrait of a decade through the remaking of exhibition history. As Eric Hobsbawm said, ‘a protest against forgetting.’

Young galleries this year offered a range of ambitious presentations across the Focus section, which attracted significant institutional attention and resulted in acquisitions from international institutions and private foundations. Curators for this year, Fabian Schöneich (Portikus, Frankfurt) and Jacob Proctor (Neubauer Collegium for Culture and Society, University of Chicago), ensured that the section remained the definitive destination to discover emerging talent; whilst Live continued to develop into a section recognised and admired as an important platform for international performance art.

Victoria Siddall, Director of Frieze Fairs, said: ‘The high quality of work and confident atmosphere at Frieze London this year translated into substantial sales at every level, and on every day of the fair.”

Victoria Siddall, Director of Frieze Fairs, said: ‘The high quality of work and confident atmosphere at Frieze London this year translated into substantial sales at every level, and on every day of the fair. London continues to be one of the most important cultural centres in the world, with Frieze Week drawing an in- creasing number of both established and new collectors each year. The contribution of curators to the quality and ambition of presentations was a highlight of this year’s Frieze, across The Nineties, Live and Focus sections as well as with our non-profit programme of projects, films, and talks. Frieze is the place to meet curators and exchange ideas, as well as to buy art – something which was particularly apparent this year.’ 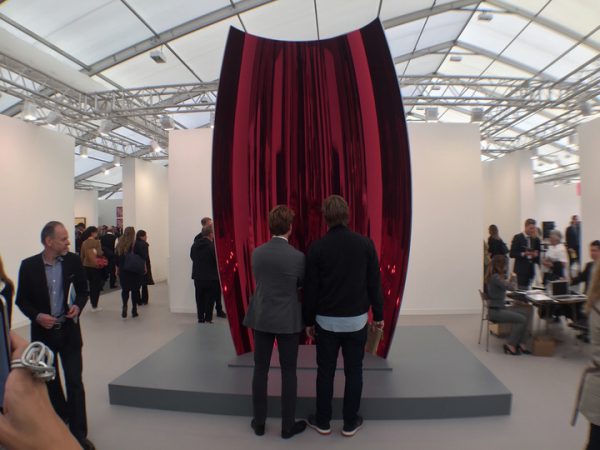 Iwan Wirth, President and co-founder of Hauser & Wirth, commented: ‘We have had a thoroughly enjoyable week at Frieze! The fair’s vivacious spirit and forward-looking attitude encourages us to be more playful with our presentations and to offer something a bit different for collectors – this year with our eccentric ‘L’atelier d’artistes’ and Luis Laplace’s beautifully designed booth at Masters. This approach paid off in spades; we placed numerous important works and experienced consistent sales throughout the week, several in excess of a million dollars, by artists including Louise Bourgeois, Cy Twombly, Alexander Calder, Francis Picabia, Dieter Roth, Takesada Matsutani and Fausto Melotti, in addition to having built relationships with collectors new to the gallery.’

Angela Choon, Senior Partner, David Zwirner, London, said ‘Frieze Week brings an incredible energy not just to the art world, but to the city, too. We absolutely thrive in our Mayfair gallery during this time. We see a tremendous increase in visitors making the rounds between the fairs, the galleries, and the museums, and we most certainly appreciate that.’

Stefan Ratibor, Director at Gagosian London, said: ‘It has been a week of two very successful fairs at Frieze and Frieze Masters and many visitors to our shows in the galleries. We are really happy with the results of the week and consider this to be a great sign for the health of the market in general and for us in Lon- don in particular.’

David Maupin of Lehmann Maupin, New York commented: ‘Frieze London consistently remains one of the top art fairs, with new additions like The Nine- ties section continually adding fresh content. This past week our booth has seen steady sales and visits from international collectors and curators. I think that the Contemporary Art Society’s Collections Fund’s initiative is an important cultural contribution to a commercial art fair, and we are delighted with their acquisition of Kader Attia’s work for the Middlesbrough Institute of Modern Art.’ 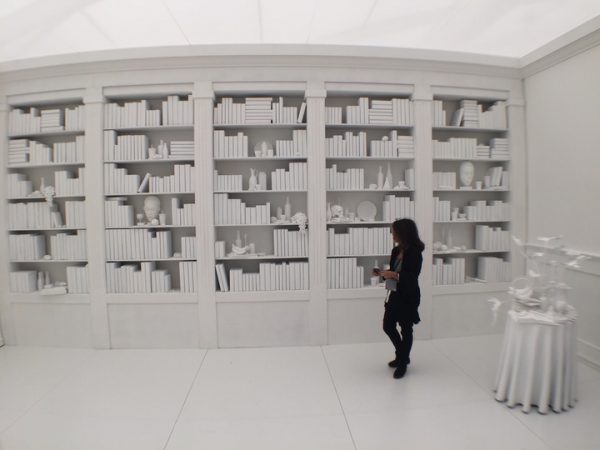 Esperanza Rosales, founder and director of VI, VII said: ‘This was our first time participating in the Focus section, and we’ve enjoyed it. There are lot of discoveries to be had here. It’s not at every fair that you feel the need to slow the pace of getting to your own booth down to stop and see others. It’s been a great audience and a great crowd; a lot of institutional contacts to build upon, a lot of press attention and in terms of sales we’ve done well so I’m happy. The visibility of the platform is tremendous. To bring lesser known artists to frieze where the audience is so large is incomparable.’

Leo Xu, founder of Leo Xu Projects, said: ‘We have met new people; exciting people from different regions – from the Middle East, from Russia, from Turkey and South America – and people from different generations. I love the diversity. We’ve sold quite a few editions, and we’re selling every day, so it’s very exciting.’

Kendall Koppe and Emma Astner of Koppe Astner, Glasgow, said: ‘It’s been a really strong Frieze for us, with strong sales for both our artists, Laura Aldridge and Grace Weaver. Focus looks great this year – people have been willing to take a risk and have brought their best.’

David Lewis of David Lewis said: ‘Frieze London was outstanding. The fair has done a tremendous job on all levels. Their team is fantastic. They bring exceptional intellect, attentiveness and energy to every aspect of the fair experience, resulting in a week of productive and often quite thoughtful interactions for the gallery. We are pleased and proud to have participated in Frieze London and look forward to growing with the fair in the years ahead.’

Olivier Babin, Founder and Director of Clearing Gallery said: ‘Thank you Frieze for another great week in the park. We were so proud to stand for Mar- guerite Humeau. She gave us the best booth and we were thrilled to place the work with great public and private institutions. It was fruitful and fun!!’

Marie-Christine Molitor, Director of Galerie Neu, Berlin commented: ‘The general response to the nineties section has been really good. It gave us the opportunity to show Daniel Pflumm’s work in a new setting. Frieze is strong with its curated sections – with the Live section as well, and with helping young galleries – giving them a chance to be seen. We’re very happy about the positive experience this year.’

Galerie Mehdi Chouakri commented: “For us it’s the first time exhibiting at Frieze London. We have presented this wonderful project by Sylvie Fleury which has been exciting. We’ve met a couple of collectors that we don’t meet in other fairs, especially London-based collectors, and curators as well, so its’ been a good fair. We’ve sold Sylvie’s video work to a European collection and we’re very happy for the artist. It’s been a great fair.”

Andrea Caratsch, founder and director of Galerie Andrea Caratsch said: “The fair was dynamic and The Nineties section a great addition to it. I hope that this special section will return next year. We were happy to see new people coming to the stand as well as long standing clients. I was pleased to sell two Steven Par- rino works; one to a new collector and one to a seasoned collector.” 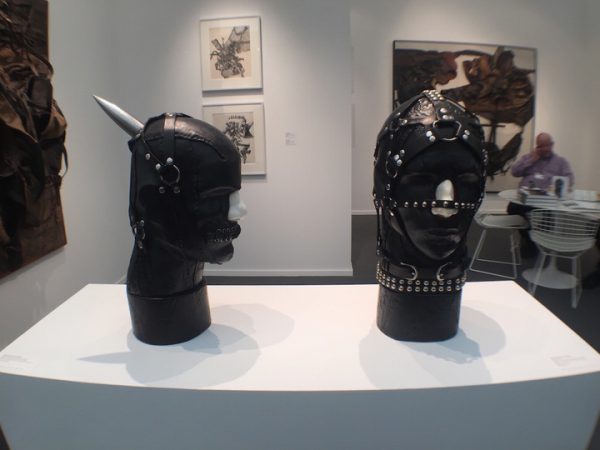 The prize of was awarded to kurimanzutto, Mexico City for their outstand- ing presentation of works by Leonor Antunes, Roman Ondak, and Gabriel Orozco. Kurimanzutto said: ‘We are delighted and honoured to have received the prize for the best stand – Monica and Jose have decided to donate the prize money to a charity in Mexico, dealing with refugees. A lot of people who’ve come to the booth have spoken positively about the fair this year – it feels super vibrant with The Nineties and Focus sections. And the Frieze team have been great at introducing us to new collectors that we didn’t know, people from Latin America but also Europeans who are discovering galleries from elsewhere. We’re very pleased with sales this year – we’ve sold Leonor Antunes to a private foundation.’

The jury for the inaugural Focus Stand Prize included Gary Carrion-Murayari, Kraus Family Curator, New Museum; Yung Ma, Curator, Service Création Contemporaine et Prospective, Centre Pompidou; and Judith Welter, Director, Kunsthaus Glarus. It was awarded to Proyectos Ultravioleta, (Guatemala City). Stefan Benchoam, co-founder said: ‘The fair this year has been really incredible for us – the perfect first experience – and we couldn’t have expected more. We were pleasantly surprised to receive the stand prize – the jury who give prizes here are such recognised curators so it’s great to have the validation from them. We’ve had great sales and are really happy.’

This year saw the realization of two acquisition funds for national museums at Frieze London; the return of the Frieze Tate Fund, this year supported by WME| IMG, and the launch of the Contemporary Art Society’s Collections Fund at Frieze, supporting a regional museum in the UK.

These initiatives resulted in the acquisition of major works. The Contemporary Art Society purchased moving image works by John Akomfrah (Lisson Gallery) and Kader Attia (Lehmann Maupin) for Middlesbrough Institute of Modern Art, which both address themes of colonisation and migration. 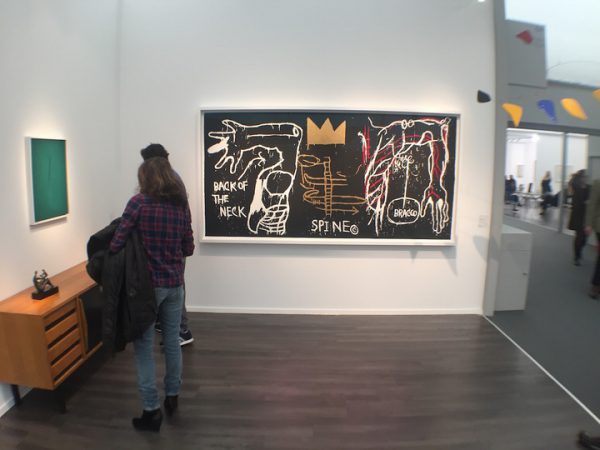 Tate Director Nicholas Serota emphasized that the support of the entire art community plays a key role. He went on to thank ‘the galleries and the artists who have been so generous in helping to make it possible for works of this calibre to enter a public collection.’

Gregor Muir, Executive Director of the ICA, London and incoming Director of Collection, International Art at Tate, said: ‘This year’s Frieze Art Fair continued to stimulate the imagination with a reassuring degree of certainty, proving once again how London is a world-class centre for contemporary art.’

Dr Omar Kholeif, Manilow Senior Curator at the Museum of Contemporary Art Chicago, enthused: ‘Frieze 2016 presented me as a curator with a wonderful opportunity to not only get a snapshot of what was happening in art globally but also to see different kinds of experimentation happening at the edges of film and performance, which were so evocatively provoked through the Frieze Live and Film programmes. Although many over emphasize the social aspects of such an event, I found the most stimulating conversations I’ve had in years happening in the auditorium tent where borders – political, spatial, ideological and imagined – were debated and stretched to their limits through heady discussion from artists and the public alike. It was an honour to be so involved with the fair this year – from judging the Stand Prize which so moved me – kurimanzutto from Mexico and Tillmans in The Nineties both brought tears to my eyes to having the opportunity to moderate two events; Frieze extends its generosity through its conversations outside of the pure limits of the art market and into the wider world of art and culture: viva Frieze 2016! Here’s to many more to come…’

Good news if you missed the main fairs, the Frieze Sculpture Park remains open in Regents Park until 8th January 2016 and it’s free!