Glasgow International Festival of Visual Art has announced details of the programme for its eighth edition, opening on 20 April 2018. Under the new direction of Richard Parry, who joins the festival after serving as Curator-Director of the Grundy Art Gallery in Blackpool, the 2018 programme comprises new works, site-specific c commissions, exhibitions and events across over 70 venues and spaces in the north, south, east and west of the city.

As one of the UK’s largest and most in uential art festivals, it showcases Glasgow as an important location for the production and display of contemporary visual art. After seven successful editions, it is a festival that has quickly established itself as a crucial juncture in the international art calendar. The aim is to showcase some of the best and most exciting work being made in Scotland and across the UK, but also to introduce powerful international work to audiences in Glasgow. Glasgow International 2018 will include a Director’s Programme, curated by Parry, as well as a wider programme of exhibitions and projects led by artists, curators and producers who live and work in the city.

This year’s Director’s Programme begins with the large group exhibition Cellular World at GoMA, which will introduce audiences to key themes that will resurface in other commissions. Prominent concepts will include ideas of the ‘cyborg’, of artificial intelligence (AI) and avatars, at a time when most of us rely on smartphones and have an online persona through social media. 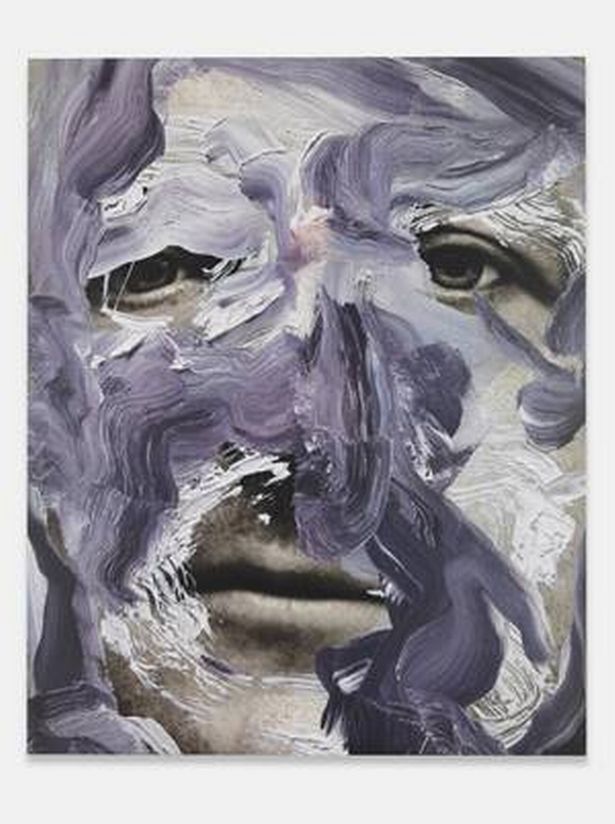 In light of era-defining changes such as the Brexit referendum result and the election of Donald Trump that have occurred since the last edition in April 2016, many of the artworks and exhibitions across the entire programme will communicate a sense of how artists are responding to the new context in which we now nd ourselves. Visitors will encounter artwork carrying a renewed sense of urgency, in particular around certain issues such as personal identity and social change, as well as work that jolts us to imagine new ctional futures.

Alongside the Cellular World exhibition, the Director’s Programme will include substantial new commissions in established favourite venues such as Kelvingrove Art Gallery and Museum and Tramway, as well as more unconventional sites across the city, such as Film City in Govan. This, together with the wider festival programme taking place throughout Glasgow, will encourage audiences to discover and re-discover parts of the city which might less frequently receive the spotlight.
Highlights for the 2018 Festival will include:

Over 45 group shows and 35 solo exhibitions by Glasgow-based, UK, and international artists

Over 190 artists to be featured across some ambitious projects

Over 130 Glasgow-based artists and with representation from at least 30 other countries with artists participating from Africa, Asia, Europe, South Paci c, South and North America

The Director’s Programme will be the heart and cornerstone of the forthcoming Glasgow International and curated by new Director Richard Parry.

At the core of the 2018 Director’s Programme of Glasgow International will be a group exhibition in Glasgow’s Gallery of Modern Art (GoMA) including work by Joseph Buckley, Jesse Darling, Cécile B. Evans, Lynn Hershman-Leeson, E. Jane, Sam Keogh, Mai-Thu Perret and John Russell, as well as emerging Glasgow-based artist Jamie Crewe. Further artists will be announced in due course.

Entitled Cellular World, the exhibition will bring together new commissions and existing work by artists examining the interface between humans and technology, reacting on how our current situation sits on a precipice between utopia and dystopia. The works on show will explore ideas of the cyborg and the avatar raising questions of identity and individual and collective consciousness at a time of prolific social change and uncertainty when reality can often seem more like science ction.

John Russell, a member of the highly in uential ‘BANK’ collective that was active in the 1990s, will create a large-scale new canvas commission. New-York-based artist E Jane will undertake a residency at Cove Park before the festival, developing a new iteration of her installation Lavendra which evokes a powerful subjectivity, involving the voices of black female pop divas. 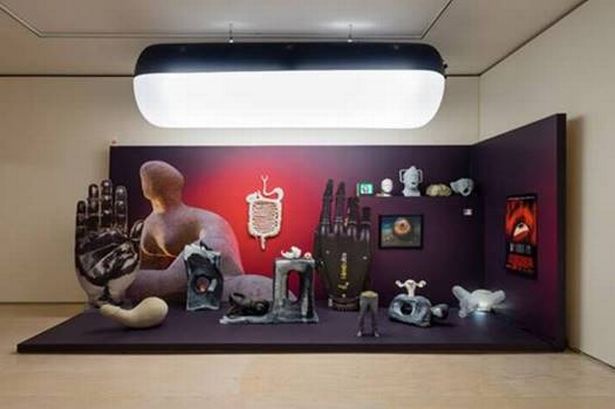 Three ambitious solo exhibitions will be presented at Tramway as part of the Director’s Programme. The largest solo commission will be Mark Leckey (Tramway T2), often regarded as one of the most important artists dealing with ‘post-internet’ culture. Leckey will undertake a new and ambitious installation of scale in the main exhibition space at Tramway. The exhibition, co-commissioned with Tramway, one of the largest gallery spaces in Europe, and will come ten years after Leckey won the Turner Prize.

Also at Tramway, there will be major new commissions by artists Kapwani Kiwanga, (Tramway T5), and Tai Shani (Tramway T1). Paris-based Canadian artist Kiwanga will create a new installation of sculptural works exploring afro-futurism through a perspective of geological time. The exhibition will draw on the notion that the continent of Africa is heading towards Europe at the rate of 1cm per year, eventually to ‘swallow’ it.

London-based artist Tai Shani will create a large-scale immersive installation entitled Dark Continent: City on the Edge of Time. The installation will function as a site for performance, which will be lmed and the sequences returned to the installation. The work is an experimental adaptation of Christine de Pizan’s 1405 protofeminist book, The Book of the City of Ladies and will incorporate 12 characters drawn from feminist histories and science ction, performed by actors delivering monologues that explore female subjectivity. This spectacular project will premiere at Glasgow International and travel to The Tetley in Leeds as a solo show, with further partial presentations
at Nottingham Contemporary and the Fondazione Sandretto Re Rebaudengo, with additional screenings at Wysing Arts Centre and the Whitechapel Gallery, London.

The festival will present an essential body of new work by UK artist Lubaina Himid, commissioned for the main hall of the Kelvingrove Art Gallery and Museum. Himid will create new suspended sculptures based on a Japanese kite within the main hall of one of the best-loved galleries in the city.

Himid, who has an MBE for services to Black Woman’s Art, is particularly celebrated for giving voice to communities who are underrepresented and challenging institutional invisibility. Her work re its themes of belonging, showing the contribution of black people to the cultural landscape of Britain.
Centre for Contemporary Arts (CCA) will present a solo exhibition of Ross Birrell that will bring together major projects originally commissioned for documenta 14.

The Modern Institute will present two major solo exhibitions across their Osborne Street Gallery and Aird’s Lane space. In Aird’s Lane, a solo exhibition of new works by Urs Fischer will be presented. A historical solo show of the work of Duggie Fields will be presented on Osborne Street. This exhibition will combine seminal works by the artist including video and sound pieces – a context which explores Fields’ position as an artist and cultural phenomenon.

An intimate examination of Ulrike Ottinger’s photographic and moving image practice will be presented at the Hunterian Art Gallery, curated by Dominic Paterson.

The wider programme will include a commission by Glasgow Women’s Library of new work by Linder which will feature the launch of Glasgow Women’s Library’s new Flag series.
The Glasgow School of Art will commission an ambitious new body of research and work by Glasgow-based artist Torsten Lauschmann combining abstraction, humour, politics and art. Glasgow Print Studio will celebrate the work of Ciara Phillips with a site-specific c installation of her work made in collaboration with the Glasgow Print Studio Master Printers.

The artist-led sector will be represented by bold, political and challenging projects examining identity, race, politics, fatherhood, queer feminist photography and our current ‘international’ position. These projects include Transmission Gallery’s project with iQhiya, a collective of South African ‘womxn’ artists, who will respond to the gendered and racialised expectations – and erasure – of ‘womxn’ artists of colour in Scotland.

Code-Switching is a solo presentation of new work from Montreal-based artist Nadia Myre, responding to the history of clay tobacco pipe production in Glasgow. A by-product of the tobacco trade with the New World, the pipes were one of the rest ‘disposable’ items to enter the market, purchased pre-stuffed with tobacco, with the clay pipe incrementally broken off in segments as they were smoked.

Curated by Mother Tongue, Myre’s new work in response to this aspect of Glasgow’s colonial past will be explored in archaeological and participatory form.

Rosie O’Grady has been awarded the Glasgow International Open Glasgow Bursary for her new project that will agitate representations of Margaret Macdonald, through re-imagining and realise her famous May Queen gesso panel design as a crop circle. Margaret was Charles Rennie Mackintosh’s wife, and this project intends to represent her own artistic contribution in the 150th year of his birth from a feminist perspective. Through this work, O’Grady will also refer to nuclear semiotics, sexuality, risk-assessment, distress signals and fertility.

Augustas Serapinas’ exhibition at David Dale Gallery will be the artist’s first UK institutional solo exhibition, and one of his most ambitious to date. The exhibition will be a major commission of new installation work by Serapinas spanning multiple spaces within the organisation’s building, involving individuals from neighbouring businesses.

The Glasgow International 2018 programme will also include a partnership project celebrating Scotland’s forthcoming Year of Young People with exciting details due to be announced shortly. 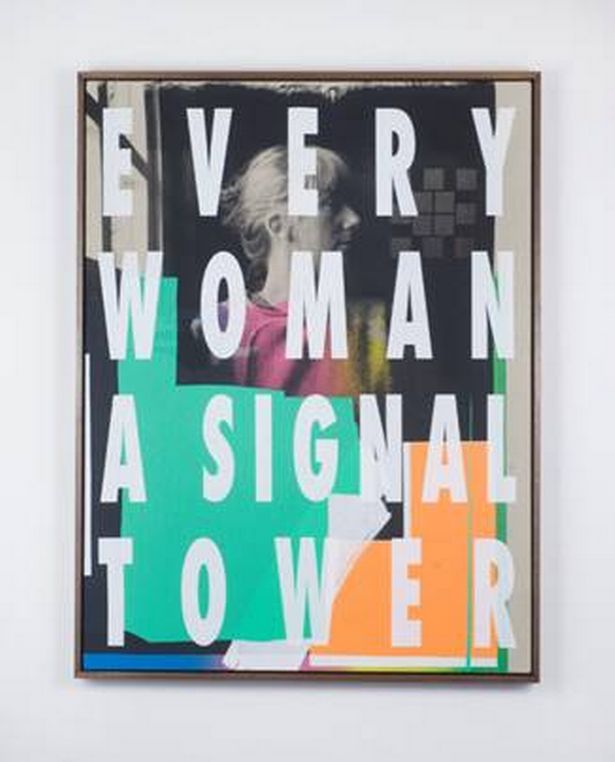 After a three-phase, £3.5 million redevelopments and occupation of the beautiful, beaux arts Govan Town Hall, Film City Glasgow has firmly established itself as the heart and soul of Scotland’s lm and television industry.

As part of the Director’s Programme, the festival will present a lm and off-site installation, entitled No End to Enderby, by Glasgow-based theatre-maker Graham Eatough and artist Steve Sutcliffe. This major new commission is developed in partnership with LUX Artists’ Moving Image and co-commissioned by Manchester International Festival, The Whitworth Gallery, University.

Of Manchester, Glasgow International Festival of Visual Art and Kunstlerhaus Stuttgart. The commission will support by the Contemporary Art Society Annual Award 2015.

No End to Enderby will be based on Anthony Burgess’s series of Enderby novels and will take the form of two short lms to be shown as part of an installation exploring the cultural gure of the artist and ideas of authenticity and posterity through theatrical performances and irreverent humour. The two lms will adapt the very rst and last chapters of the four novel series.
Glasgow International will also undertake a project with Festival 2018 – a dynamic cultural festival which will run alongside the inaugural European Championships. The commission will celebrate synergies between the two leading creative European host cities, Glasgow and Berlin.

It will aim to bring international pro le and attention to the city and capitalise on Glasgow and Scotland’s international reputation for creative excellence. Further details will be announced in early 2018.

A screening by Henry Coombes and an event series curated by Love Unlimited will be held at Easterhouse Swimming Pool at The Bridge in association with Platform.

Project Ability will present I’m Going To Tell You About My Life, a performative action conceived by Spanish artist Esther Ferrer. The piece advocates for a pluralist society by presenting language as a palpable manifestation of diversity. In partnership with this event, Mónica Laiseca has curated an event, entitled MINIMAL/POOR/PRESENT. Jointly, the two projects claim a continuity and intense ed relevance for Ferrer’s work in the context of Brexit, amidst global instability and deepening social tensions.