Arts courses are a soft target. When the going gets tough, they are the first area to suffer university funding cuts. That has proven to be the case yet again, with the Government announcing a 50% funding reduction last week.

The arts and culture sector contributes £7.7bn to the UK economy

Funding for art and design, dance, drama, performing arts, media studies and archaeology subjects and the scrapping of the London weighting, which gives extra funds to London institutions, will see some institutions in the capital face a financial crisis.

A total of between £36 million ($50 million) to £19 million ($26 million) will be reduced from the course’s budget. The Arts Council estimates that the arts and culture sector contributes £7.7bn to the UK economy. For every £1 of salary paid by the arts and culture industry, an additional £2.01 is generated in the wider economy through indirect and induced multiplier impacts.

More than 166,000 people signed a petition supporting the Public Campaign for Arts against cultural-education funding cuts. This followed the Office for Students demanding the Government take into consideration responses from universities and students before making a final decision.

Education Secretary Gavin Williamson stated, “These changes will help ensure that increased grant funding is directed towards high-cost provision that supports key industries and the delivery of vital public services, reflecting priorities that have emerged in the light of the coronavirus pandemic.”

“This drastic cut to creative arts funding is one of the biggest attacks on arts and entertainment in English universities in living memory,” said Jo Grady, general secretary of the University and College Union. “It will be hugely damaging for access, creating geographical cold spots as many courses become unviable.” Grady noted that the universities most vulnerable to the cuts are those with a higher number of less-affluent students, calling the Government’s denying them the chance to study subjects like art, drama, and music “unconscionable.”

Artist Bob and Roberta Smith an avid campaigner against arts cuts told the Art Newspaper, These are, “truly appalling cuts to arts subjects which will further divide society”. 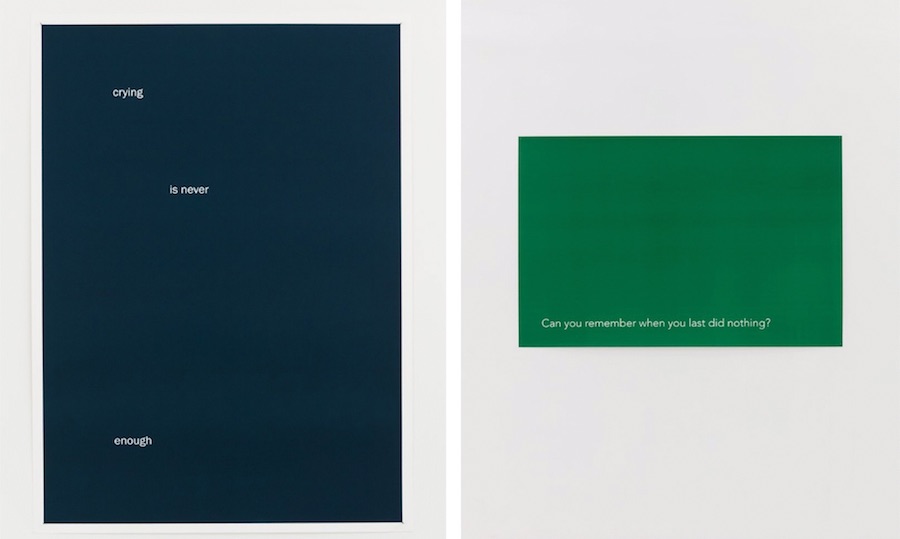 Helen Cammock To Present Reflective 2021 Art On The Underground Commission

Art on the Underground, as part of their city-wide commissions, presents the British artist Helen Cammock. Launching on 28 July 2021 and on view for a year, the commission will be exhibited in poster sites in seven Underground stations across London, including Aldgate East, Charing Cross, Earl’s Court, Holland Park, South Kensington, St James’s Park and White City.

For the artist’s first major public commission, Cammock has created three new text-based artworks which reflect on our human response to the events that have unfolded over the past year: the effects of a global pandemic; the death of George Floyd and subsequent Black Lives Matter protests; the ecological challenges we continue to face; and the inequalities made evident through Covid-19. Her artworks consider the intersectionality of our lives and how our social and political identities are interconnected. Each work references the physical experience of travelling on the Tube whilst also exploring our emotional response to a year like no other. With her characteristic economy of language, Cammock presents a provocation for a more compassionate future.

The first work in the series reads ‘the edge is never still’, reflecting on the idea of ‘the edge’; the feeling of being ‘on edge’ and how our emotional ‘edge’ is always a shifting site has changed over the past year.

The work explores the notion of the edge as being something permeable and constantly evolving through our individual experiences. It also references the architectural space of the edge of the platform and the edge of the train. We stand in the train on a solid floor, yet the site we stand is moving. These edges are doing a dance of transition as we move from one space to another. The second poster in the series reads, ‘glass distortions don’t impair my view merely change it’, which plays on the idea of distortion as negative and how we transform to experience things anew. The artwork references seeing through a lens – or the windows of the Tube – and the idea of living on the inside and looking out.

The final artwork in the series reads ‘sit alongside and feel me breathe’ and explores the symbolism of ‘breath’ within crisis, which has recently taken on an increased significance due to the respiratory nature of Covid-19 and the murder of George Floyd. It asks a question about the value and worth we see in (and feel for) others and explores people’s attitudes towards the habitation of public space. The artwork explores the concept of empathy and people’s attitude towards public space. Covid-19 has dramatically altered our understanding of other people’s physical presence; however, the Tube is a public space which we inhabit together. Cammock’s artwork metaphorically questions togetherness – as a society, can we ‘sit alongside’ one another? The work questions how we can regain the fundamental principles of our social engagement with strangers as we begin to reinhabit shared spaces.

Helen Cammock (b.1970) works across moving image, photography, writing, poetry, performance, printmaking and installation. She is interested in histories, authorship, storytelling and the excavation of unheard, excluded and buried voices. Cammock often maps her own writing, literature, poetry, philosophical and other found texts onto social and political situations in her research-based practice. She attempts to interrogate the ways stories are told, the hierarchy of histories, and rendered invisible and therefore unacknowledged. Her work has been presented in solo and group exhibitions around the globe, including Whitechapel Gallery, Maramotti Collection, Turner Contemporary Margate, Hamburg Kunsthalle and Kunsthaus Bregenz. Helen Cammock was the joint winner of the Turner Prize 2019 (together with Lawrence Abu Hamdan, Helen Cammock, Oscar Murillo and Tai Shani) and the winner of the 7th Max Mara Art Prize for Women. She lives and works in Brighton and London and is represented by Kate MacGarry, London. 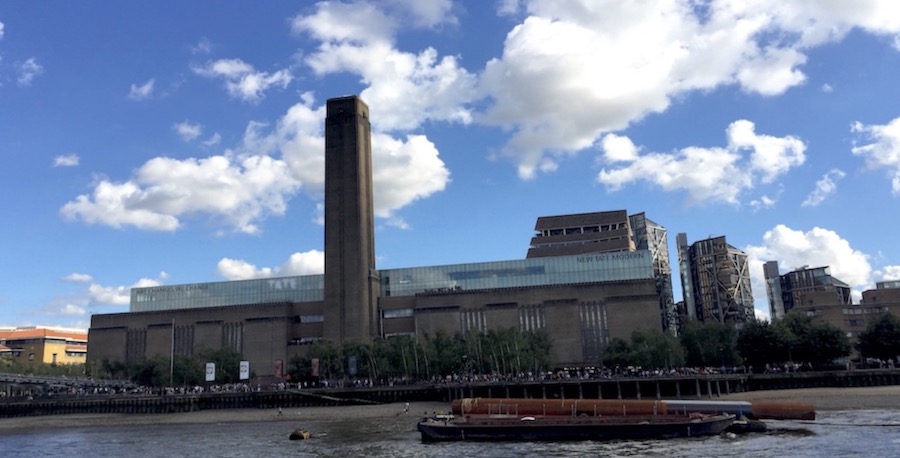 Tate have announced highlights of its 2022 exhibitions across the country. They include a ground-breaking survey of surrealism at Tate Modern, a new installation by Hew Locke at Tate Britain, a homecoming exhibition of Barbara Hepworth at Tate St Ives, and the return of the Turner Prize to Tate Liverpool. The programme will offer fresh perspectives on key figures, movements, and subjects in art history and showcase some of the world’s most innovative contemporary artists.

In February 2022, Tate Modern will open Surrealism Beyond Borders. This landmark exhibition will expand the story of surrealism and reveal how artists worldwide – from Tokyo to Mexico City, Cairo to Paris, and Martinique to Bucharest – were united by the movement’s provocative ideas and revolutionary spirit. Tate Modern will also launch new family activities in the spring and summer as part of UNIQLO Tate Play, as well as a new installation in the Tanks.

Hew Locke will undertake the annual Tate Britain Commission in March 2022, creating new work for the iconic Duveen Galleries at the heart of the building. This will be followed by two major retrospectives at Tate Britain. Walter Sickert’s evocative paintings of life in the late 19th and early 20th centuries will be presented in April, exploring his radically modern compositions, pioneering use of photography, and fascination with the media, the stage, and the rise of celebrity. Cornelia Parker, one of Britain’s most celebrated contemporary artists, will be the subject of a career-spanning survey in May. The exhibition will feature many of her mesmerising installations and reveal her formally innovative and socially engaged approach to sculpture, film, photography, drawing and embroidery. Tate Britain’s Art Now series will also continue throughout the year, starting with Danielle Dean in January and featuring new free exhibitions of emerging talent from across the British art scene each season.

Tate St Ives will start the year with Thao Nguyen Phan’s first UK museum exhibition, opening in February 2022. It will include new and recent videos, paintings and mixed media works which reflect the artist’s ongoing research into the Mekong River, intertwining folklore and myth with urgent issues around rural industrialisation and food security. In May, the gallery will host an exhibition by Ad Minoliti who draws on the rich legacy of geometric abstraction in Latin America and presents alternative universes influenced by feminist and queer thought. Part of the gallery will be transformed into an active classroom for Minoliti’s ongoing project The Feminist School of Painting.

Radical Landscapes will be a major group exhibition at Tate Liverpool opening in May 2022, exploring our individual and collective connection to the rural landscapes of Britain. From immersive installations to sumptuous paintings, it will show how artists have portrayed the British countryside as a place of mysticism, experimentation and rebellion. Tate Liverpool’s free collection displays of modern and contemporary art will also continue to evolve in 2022, reflecting on Liverpool’s history and communities and the interplay of local and global narratives.

The autumn season will begin at Tate Liverpool in October with the Turner Prize, Tate’s annual celebration of British artistic talent. One of the world’s best-known art prizes, the Turner Prize was first held in Liverpool in 2007-08 as the city prepared to become European Capital of Culture, and will be returning to the gallery 15 years later for the 2022 exhibition and ceremony.

Also opening in October, Tate Modern will present The EY Exhibition: Cezanne, offering a fresh take on this pivotal figure in modern art. Featuring his portraits, landscapes and still lifes, and including many paintings never shown in the UK before, this exhibition will explore the ambitions, innovations and contradictions that defined Cezanne’s life and work. In November visitors to Tate Modern will also be immersed in a forest of woven fibre sculptures by Polish artist Magdalena Abakanowicz with an exhibition of her pioneering textile work from the 1960s and 70s. Following Kara Walker in 2019-20 and Anicka Yi in 2021, the autumn of 2022 will also see a new artist transform the public space of the Turbine Hall with the latest in Tate Modern’s annual Hyundai Commission.

The exhibition Barbara Hepworth: Art and Life will come to St Ives in November 2022. At Tate St Ives, it will have a special focus on Hepworth’s life in Cornwall, bringing together many of her most important works. Combined with the nearby Barbara Hepworth Museum and Sculpture Garden, this will be an unprecedented opportunity to explore the life and work of one of the greatest sculptors of the 20th century.

In November Tate Britain will celebrate the return of Lynette Yiadom-Boakye’s acclaimed exhibition from 2020, which was sadly cut short by lockdown. Her enigmatic paintings of fictitious people are currently touring internationally before coming back to be restaged at Tate Britain for a full three-month run. This will coincide with several new collection displays, including a room of Bill Brandt’s seminal documentary photographs from the 1940s, 50s and 60s, and a gallery of early 19th century British landscapes by the Norwich School of Painters, contemporaries of JMW Turner and John Constable. In the Duveen Galleries, visitors will also be able to enjoy a free display of large-scale metal sculptures by Anthony Caro.

Supported by the AKO Foundation, with additional support from the Surrealism Beyond Borders Exhibition Supporters Circle, Tate Patrons and Tate Members. Research supported by Hyundai Tate Research Centre: Transnational in partnership with Hyundai Motor. Organised by Tate Modern and The Metropolitan Museum of Art, New York

Supported by The John Browne Charitable Trust and Lance Uggla

The EY Exhibition: Cezanne is presented in the Eyal Ofer Galleries. It is part of The EY Tate Arts Partnership. Organised by Tate Modern and the Art Institute of Chicago

In partnership with Hyundai Motor

Barbara Hepworth: Art & Life is organised by The Hepworth Wakefield in collaboration with the National Galleries of Scotland, Edinburgh, and Tate St Ives.