Guerrilla Girls, one of the leading feminist art collective, are putting MoMa under much-publicized pressure to remove Leon Black from their board of directors. Leon Black was born in 1951, he is an American investor and art collector. He is the co-founder, chairman, and former-CEO of private equity firm Apollo Global Management. He is currently the chairman of MoMA. In 2012 he acquired Phaidon Press, a fine art books publisher. Phaidon had commissioned a monograph on the Guerrilla Girls which was cancelled when it became public knowledge that Leon Black was a close business associate of the disgraced pedophile hedge-fund CEO Jeffrey Epstein.

Professors at Goldsmiths are taking small steps towards industrial action by refusing to grade students following a dispute over redundancies at the art college. Lecturers working at the top London institution attended by Damien Hirst and Sarah Lucas are protesting a restructuring which would set the precedence for job losses.

The university has employed consultants KPMG, a global network of professional firms providing Audit, Tax and Advisory services to address an £8 million shortfall. “The vision seems clear: transform Goldsmiths from a research-and-teaching high-quality university, into a cut-price teaching-dominated college,” a professor speaking to The Art Newspaper lamented. 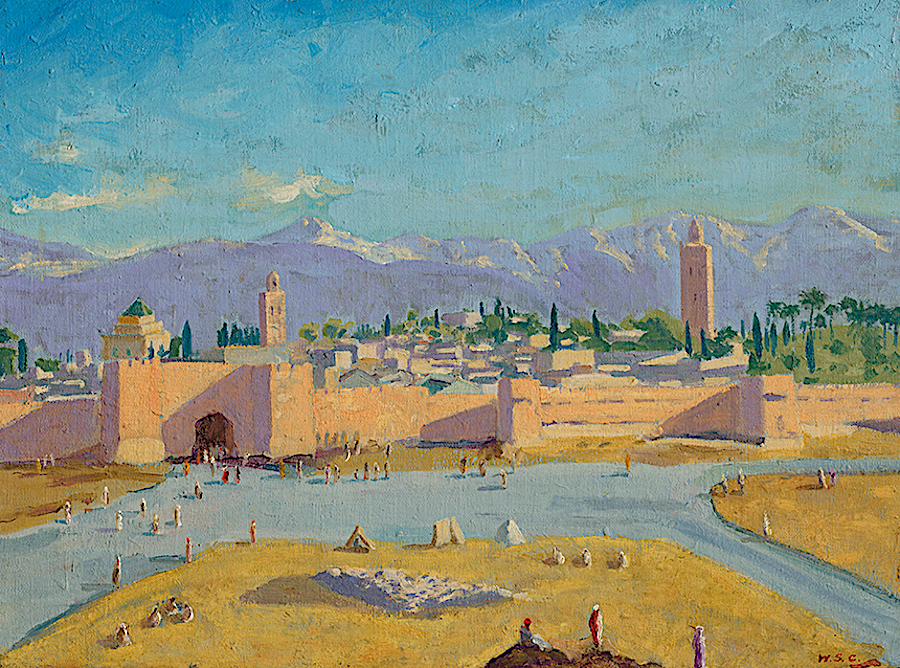 Angelina Jolie is selling the only existing painting by Sir Winston Churchill executed during the Second World War. Tower of the Koutoubia Mosque (1943, estimate: £1,500,000-2,500,000) which is being offered at Christie’s Modern British Art Evening Sale on 1 March 2021. The painting depicts Marrakech following the Casablanca Conference in January 1943. Churchill invited Franklin D. Roosevelt to join him in Marrakech the day after the conference concluded, motivated by his desire to share the views of the city and the light at sunset, which he so revered, with Roosevelt. The view impressed Roosevelt so much that Churchill decided to capture the scene for him as a memento of their excursion. This act was seen not only as an indication of their friendship but of the special relationship between the UK and the USA.

Nick Orchard, Head of Department, Modern British Art, Christie’s: “Christie’s is delighted to offer such a historically significant painting as the leading highlight of the Modern British Art Evening Sale. Tower of the Koutoubia Mosque was created following the Casablanca Conference where it was agreed by the Allied forces that only complete surrender by the Axis powers would be acceptable. It is the only work that Churchill painted during the war, perhaps encouraged by the recent progress made by the Allies in what he considered to be one of the most beautiful countries he had encountered. Tower of the Koutoubia Mosque is therefore arguably the best painting by Winston Churchill due to the significance of the subject matter to him, and the fact that it highlights the importance of the friendship between the two leaders. The gifting of the work to Roosevelt underlines the fact that Churchill held the American President in such high regard and points to their joint efforts in guiding the Allied powers to the outcome of the Second World War.”

Sir Winston Churchill began painting scenes of Morocco after being encouraged to visit the country by his painting tutor, Sir John Lavery. Upon his first visit in 1935, he felt that the light and scenery were unrivalled, creating some 45 paintings of the country. Tower of the Koutoubia Mosque stands out as the only painting created between 1939 and 1945, and the work is expected to realise one of the top prices for Sir Winston Churchill’s paintings at auction.