The Prado, Spain’s leading Museum, has downgraded the Salvator Mundi, a controversial painting attributed to Leonardo da Vinci. Their most recent catalogue now states that the painting falls into the category of “attributed works, workshop or workshop or authorised and supervised by Leonardo”, IE not exclusively by Da Vinci himself.

The painting was featured in the National Gallery’s highly regarded da Vinci exhibition in 2011. The artwork was later sold for $450m to the Saudi culture minister, Prince Badr bin Abdullah, at Christie’s and was catalogued as a fully authenticated Leonardo. It was the most expensive artwork ever auctioned.

The Museo Nacional del Prado is currently presenting the latest research on Leonardo’s closest circle. Leonardo and the copy of the Mona Lisa. New approaches to the artist’s studio practices are the first monographic exhibition in Spain to study the copies and versions made in Leonardo’s studio during his lifetime works based on the master’s prototypes and authorised by him. On display at the Museo Nacional del Prado until 23 January in Room D of the Jerónimos Building.The exhibition includes a significant group of works, most executed in Leonardo’s studio. Together with the graphic material and infrared reflectograms also on display, they help illustrate the master’s ideas, how his pupils assimilated them and the practices employed by the latter to produce paintings. 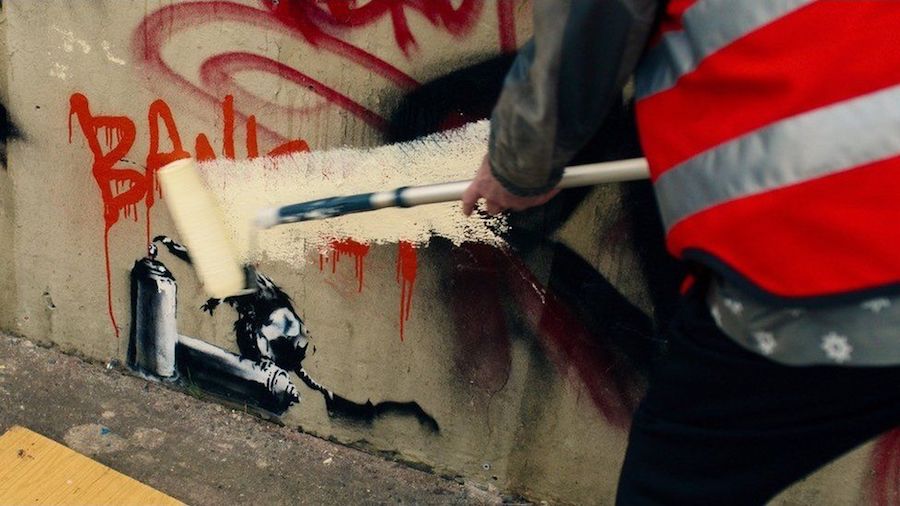 One of Banksy’s trademark rat murals painted on a set for the BBC TV drama The Outlaws has been destroyed by the American actor Christopher Walken. It was filmed in the elusive artist’s hometown, Bristol. Banksy agreed to leave his mark on a wall of the set and it was scripted to be painted over by the actor’s character for a scene in the final episode, which was released on BBC iPlayer on Wednesday.

“We can confirm that the artwork at the end of The Outlaws was an original Banksy and that Christopher Walken painted over that artwork during the filming of this scene, ultimately destroying it,” a spokesperson for the show said.

The international curator Achim Borchardt-Hume, director of exhibitions at Tate Modern in London, has died. He leaves behind a brilliant body of curatorial work. Tate said in an announcement on Friday, Borchardt-Hume, who was born in 1965, curated exhibitions of work by Anni Albers, Alexander Calder, and Doris Salcedo, as well as the current The Making of Rodin (until 21 November) and Anicka Yi, whose current work in the Museum’s Turbine Hall, is thrilling gallery visitors. She had this to say on Instagram, said; I am deeply saddened this week to hear of the passing of Achim Borchardt-Hume, Director of Exhibitions and Programmes at Tate Modern. Over the last two years, my studio had the privilege to work closely with Achim, and we came to know him as a generous and uniquely good-natured individual. Achim always spoke to me as more than simply a colleague and an artist. He was able to see the feeling and living being that transcends these roles.

Achim had such passion and respect for art, and he breathed life into every aspect of his work. He was a brilliant and enlivening force, not only at Tate but as a leader within the international art world. Achim’s legacy flows through the artworks he loved, but also in those who encountered his warmth and his creative presence.

My studio and I will miss Achim and do our best to follow his example of kindness and good humour. We are keeping Achim’s close friends and family in our thoughts.