A simultaneous double exhibition focusing on artworks from the Cornelius Gurlitt hoard of art confiscated by the Nazis will finally go on show, from the 2 November, in Germany and Switzerland. The collection was discovered by tax inspectors after it was hidden for more than three-quarters of a century by a disgraced family of Nazi collaborators.

The Art and Exhibition Hall of the Federal Republic of Germany in Bonn and the Bundeskunsthalle, and the Kunstmuseum Bern have joined together for this controversial exhibition.

Under the title of “Gurlitt: Status Report.”, The exhibitions will be presenting to the general public Cornelius Gurlitt’s extensive collection of Modern art, each examining the collection through a different thematic lens. Both shows will be embedded in a historical overall context based on the latest findings in research on “Gurlitt’s art trove” and seek to contribute further evidence for clarifying the provenances the works in those cases where this has not yet been done.

The result of the close collaboration between both museums – will be documented in a mutual publication. The exhibition at the Kunstmuseum Bern will be curated by Nina Zimmer and Matthias Frehner with the support of Georg Kreis; the presentation at the Art and Exhibition Hall of the Federal Republic of Germany by Rein Wolfs and Agnieszka Lulinska – with the support of established specialists. 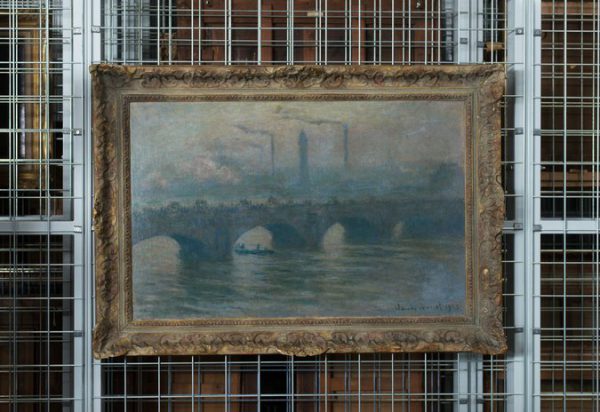 Monet Painting of London from the Gurlitt Collection

In form and content, the exhibitions at the Bundeskunsthalle in Bonn and the Kunstmuseum Bern are closely coordinated. In Bern, the focus lies on art that was considered “degenerate” and on works from the Gurlitt family circle. The Bundeskunsthalle, on the other hand, will concentrate on works of art that were taken from their owners as part of the Nazi persecution and on works whose provenance has not yet been established. Primarily, the exhibition in Bonn will shed light on the fate of the persecuted, mostly Jewish art collectors – and art dealers, juxtaposing their individual histories with the biographies of the Nazi perpetrators. Moreover the show homes in on the unprecedented theft of art by the Nazis in the occupied territories.

The exhibition in Bonn will be subsequently on show at the Kunstmuseum Bern in the spring of 2018. A further stop is planned for the fall of 2018 at the Martin Gropius Building in Berlin. Other options for showing the exhibitions in further cities are currently being looked into.