I have just returned from an afternoon at the spectacular Hasting Contemporary which re-opened today after a five-month lockdown period. This gallery never disappoints first off it’s ideally situated overlooking the sea abutting the ancient Hastings fishing fleet. Secondly, they mount beautifully curated intimate exhibitions of both British and now international artists. They are currently showing a retrospective exhibition of the Modern British artist Victor Pasmore as well as a large scale show of drawings and paintings by Quentin Blake depicting migration.

Since its metamorphosis, after splitting from the Jerwood Gallery, HC has gone from strength to strength. I can also highly recommend the gallery’s newly upgraded restaurant; Boatyard run by the same folk as the Farmyard in St Leonards the food is excellent and the view is the best Hastings has to offer. 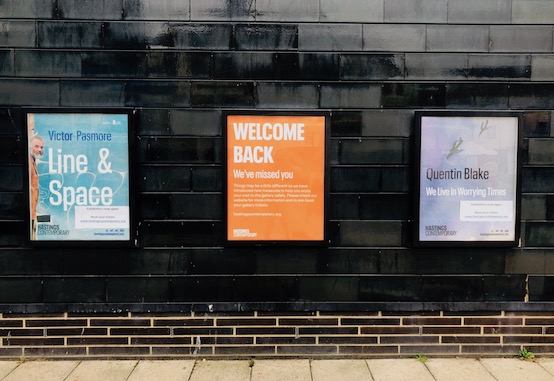 This is a funny old time with everyone still a bit jumpy about COVID and the ever-changing rules of living with this virus mid-pandemic. I am pleased to report masks must be worn in the gallery and you must pre-book a time slot (even members). My day out felt safe and well managed.

Hasting’s Contemporary director Liz Gilmore told Artlyst; “Today is a moment of celebration in what has been a very uncertain time. It was with great pleasure we re-opened the doors to visitors. Today, both old friends and new visitors alike. We are hugely grateful to Arts Council England, Hastings Borough Council and all our members and patrons whose continued support through Covid-19 have made our public re-opening possible. My thanks also are due to our very loyal and committed staff team who have worked so diligently to make Today a success.

We remain committed to sustaining our work as a cultural generator for Hastings and the South East, supporting artists and nurturing artistic talent, and playing our part in the wider recovery to the arts, tourism and the economy.” 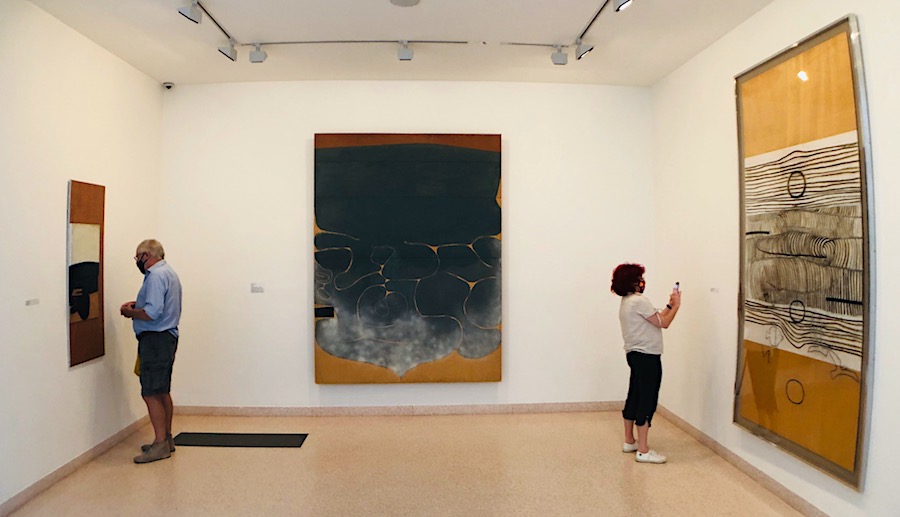 Now a bit about the exhibitions:

Victor Pasmore: Line and Space is a retrospective exhibition presenting work Spanning many decades of his artistic practice and includes rediscovered works. Edwin John Victor Pasmore, CH, CBE (3 December 1908 – 23 January 1998) was a British artist and architect. He pioneered the development of abstraction in Britain in the 1940s and 1950s. Pasmore’s exploration of abstract art is considered to be one of the most influential achievements in 20th century British Art.

This retrospective exhibition spans Pasmore’s career, from early figurative landscapes to later abstract compositions. He was always experimenting, part of what he described as ‘a developing process’. Pasmore’s work evolved interest in form, structure and technique.

The former Tate Gallery Director Alan Bowness wrote in 1980 that Pasmore’s artistic practise was ‘surely one of the outstanding and most original contributions that anyone has made to the art of our time’.January 1998) was one of the most British Artists of his generation. Pasmore’s pioneering development of abstract art most is considered to be one of the most significant and influential achievements in 20th century British Art. 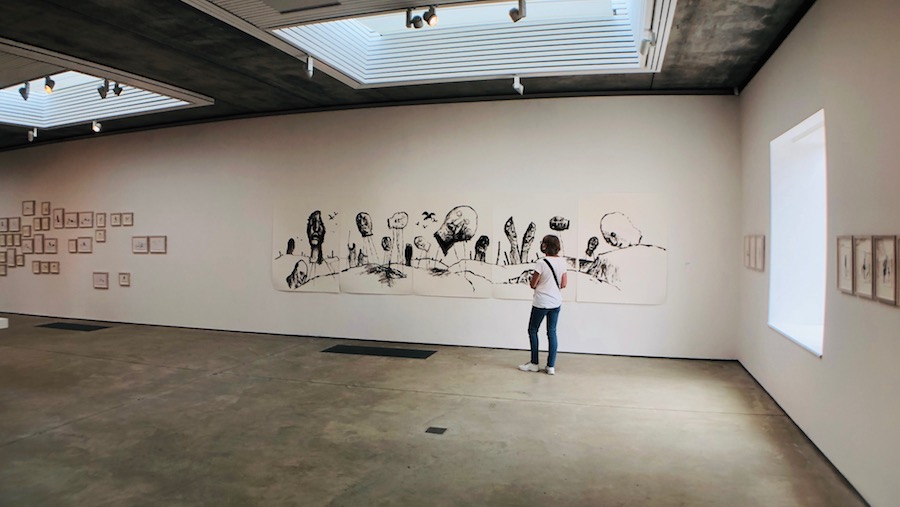 Quentin Blake: We Live in Worrying Times: Sir Quentin Marks Hastings Contemporary is re-opening with a prophetic exhibition of drawings, paintings and a spectacular mural described as ‘his Guernica’ He previously appeared during lockdown via the gallery robot which had allowed access to the galley via the web. Blake said, “When I proposed to Hastings Contemporary the idea of an exhibition called We Live in Worrying Times I was hoping to salute those people, wherever in the world, experiencing suffering, disturbance and distress. I had no premonition that we should soon be visited by worrying times of our own. No doubt there are institutions which, in such a situation as this, can do nothing except close their doors. Hastings Contemporary is not like that so that I was delighted. Still, not altogether surprised when the gallery quickly responded to the situation with an alternative digital offer for We Live In Worrying Times and became even more contemporary in the process.”

With Sir Quentin’s inimitable energetic approach, We Live in Worrying Times captures the essence of human feeling, the exploration of modern life and the creative mind in his distinctive and potent style.

Both Exhibitions open from the 14 August and will run until further notice we live in unpredictable times!