Zachary Cole Fernandez, 30, the artist known as ‘Jesus Hands’ has been booked on a misdemeanor charge for the alteration of the iconic Hollywood sign. He voluntarily surrendered to police with his attorney at his side yesterday. Fernandez was ordered to appear in court on February 15, a spokesman said. Jesus Hands said he was inspired to change the sign by another similar incident in 1976 that was the work of an art student named Daniel Finegood. He and his partner conducted research on the sign to determine how to scale the structure and place tarps over the 45-foot-tall o’s to turn them into the letter e. 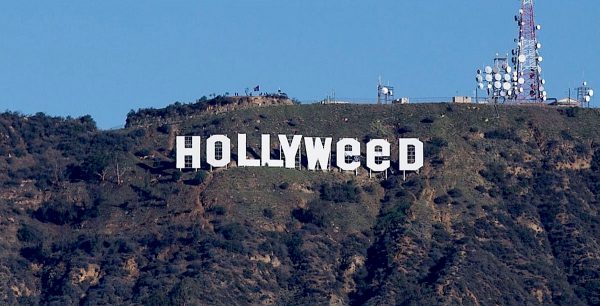 The stunt was to create dialogue about cannabis after California voters approved a measure to legalize recreational marijuana in November, he stated. Los Angeles councilman, David Ryu, said he was ‘not amused’ and would push for Fernandez to be prosecuted to the fullest extent of the law. This is not the first time the sign has been tampered with. In 1987, pranksters changed it to “Holywood” to mark the visit of Pope John Paul II.

“The famous Hollywood sign has seen a number of alteration attempts since it was placed on the steep hillside in 1923 as an advertisement for a local real estate development, at the height of the golden age of Tinseltown”  When the sign was erected it originally read “HOLLYWOODLAND.” Its purpose was to advertise the name of a new housing development in the hills above the Hollywood district of Los Angeles.

The Crescent Sign Company erected 13 letters on the hillside, each facing south. Thomas Fisk Goff (1890–1984), designed the sign. Each letter was 30 feet (9.1 m) wide and 50 feet (15.2 m) high, and the whole sign was studded with some 4,000 light bulbs. The sign would flash in segments: “HOLLY,” “WOOD”, and “LAND” would first light up individually, then the whole sign would light up. Below the Hollywoodland sign was a searchlight to attract more attention. The poles that supported the sign were hauled to the site by mules. Cost of the project was $21,000,equivalent to $295,189 in 2016. 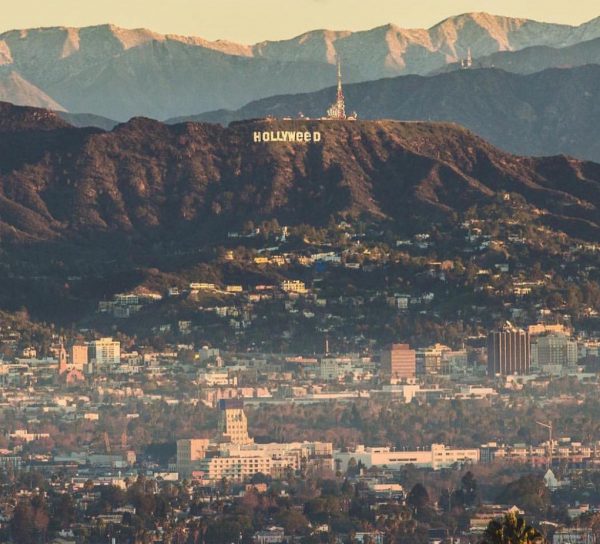 The sign was officially dedicated in 1923. It was intended only to last a year and a half but after the rise of the film industry in Los Angeles the sign became an internationally recognised symbol and was left up. More than half a century later the sign, designed to stand for only 18 months, sustained extensive damage and deterioration. In 1978, in large part because of the public campaign to restore the landmark by Hugh Hefner, founder of Playboy magazine, the Chamber set out to replace the severely deteriorated sign with a more permanent structure. Nine donors gave US $27,777.77 each (totaling US$249,999.93) to sponsor replacement letters, made of steel supported by steel columns on a concrete foundation

Zachary Cole Fernandez has now been charged with the misdemeanour of trespass.