Top artists including Anish Kapoor (image above), Rachel Whiteread and Ron Arad have been shortlisted for the newly commissioned London Holocaust memorial.  Envisaged as a place for everyone to come to remember the Holocaust, as well as a focal point for annual national commemorations, the Memorial will affirm the United Kingdom’s commitment to stand up against prejudice and hatred.  It is intended to inspire reflection and compassion, and encourage present and future generations to respect and embrace difference. In parallel, a new Learning Centre is planned, subject to technical, financial, planning or other constraints, which will advance Holocaust education across the United Kingdom and help visitors develop a deeper understanding of how societal breakdown can, in the worst cases, lead to genocide.

The shortlist was announced on Friday, Holocaust Remembrance Day. The winner is expected to be announced this summer

The Memorial site, alongside the Houses of Parliament at the heart of Britain’s democracy, is in Victoria Tower Gardens adjacent to the River Thames. The Gardens already has a memorial-narrative inspired by democratic values, which aligns with the project. Three prominent monuments, dating from the mid-to-late nineteenth and early twentieth century, commemorate the expansion of suffrage, the abolition of slavery and civic sacrifice. 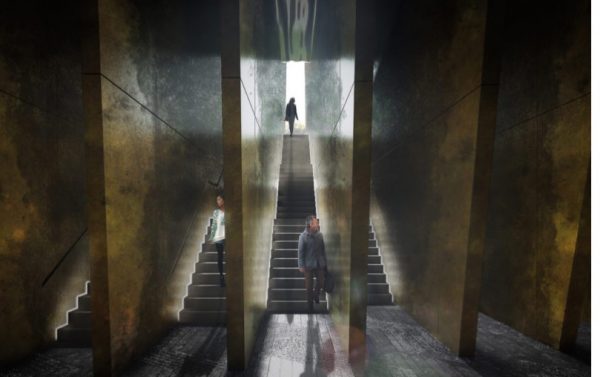 This is a two-stage international design competition and is being run in accordance with EU procurement guidelines and the Public Contracts Regulations 2015. This competition has been advertised in the Official Journal of the European Union (OJEU).

The competition’s first stage, which closed on Monday 17 October 2016, invited Expressions of Interest from teams of architects, designers, artists, advisors and other consultants. From the almost 100 Expressions of Interest submitted, a shortlist of ten was selected to proceed to the competition’s second stage. The deadline for the second stage is Monday 23 January 2017. An exhibition of the finalists’ concept designs will be held in central London and locations around the UK from January 2017.
Her Majesty’s Government has committed £50 million as its contribution to the total project costs of the National Memorial, the creation, and running of a co-located Learning Centre and additional wider educational work on the Holocaust. In taking forward the winning design, HM Treasury standard Green Book processes for capital projects will be applied. 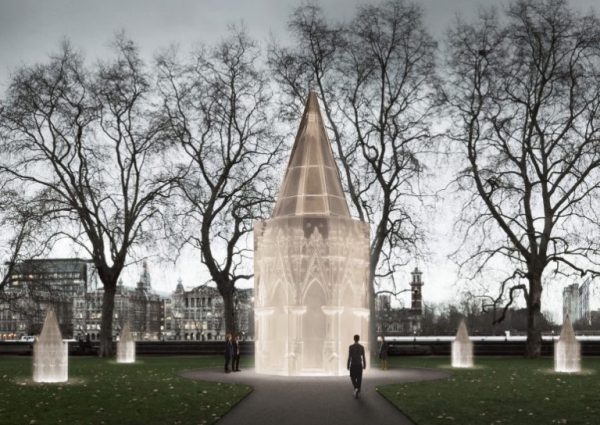 Such was the quality of submissions that the originally envisaged shortlist of six teams was expanded.  Ten teams were selected to move to Stage Two, and they have been asked to produce concept designs for the Memorial and Learning Centre. Following submission and initial assessment, a final interview with the Jury will be held to determine a winner. An honorarium of £15,000 will be awarded to each of the shortlisted teams following the selection of the winner.

The site for the memorial is Victoria Tower Gardens located on the north bank of the River Thames and bordered by the Palace of Westminster.  Managed by The Royal Parks, Victoria Tower Gardens is a designated Grade II listed garden within the buffer zone – though not the boundary – of the Westminster World Heritage Site (WWHS) and in close proximity to a number of celebrated listed buildings. Most notably, the Palace of Westminster, to the north of the Gardens, is a Grade I listed building within the WWHS and within the Westminster Abbey and Parliament Square Conservation Area.