The Horniman has agreed to return their collection of looted Benin bronzes to Nigeria. The London Museum and Gardens have owned the works since they were stolen in 1897. Seventy-two objects were forcibly removed from Benin City during the British military incursion, which burned the city to the ground. The decision by the Horniman’s Board of Trustees is final.

The collection includes 12 brass plaques, known publicly as Benin bronzes. Other objects include:

Prof Abba Tijani, Director-General of Nigeria’s National Commission for Museums and Monuments (NCMM), says: ‘We very much welcome this decision by the Trustees of the Horniman Museum and Gardens. Following the endorsement by the Charity Commission, we look forward to a productive discussion on loan agreements and collaborations between the National Commission for Museums and Monuments and the Horniman.’

The Horniman received the request from the NCMM in January 2022 and has since undertaken detailed research of its objects from Benin to establish which are in the scope of the request. The Horniman has also consulted with community members, visitors, schoolchildren, academics, heritage professionals, and artists from Nigeria and the UK. All of their views on the future of the Benin objects were considered, alongside the provenance of the objects.

Eve Salomon, Chair of the Trustees of the Horniman Museum and Gardens, says: ‘The evidence is unequivocal that these objects were acquired through force, and external consultation supported our view that it is both moral and appropriate to return their ownership to Nigeria. The Horniman is pleased to be able to take this step and we look forward to working with the NCMM to secure longer-term care for these precious artefacts.’

The Charity Commission, as the regulator of the charitable sector, endorsed the decision of the Horniman trustees on 5 August.

The Horniman will now discuss with NCMM the formal transfer of ownership process and the possibility of retaining some objects on loan for display, research and education. 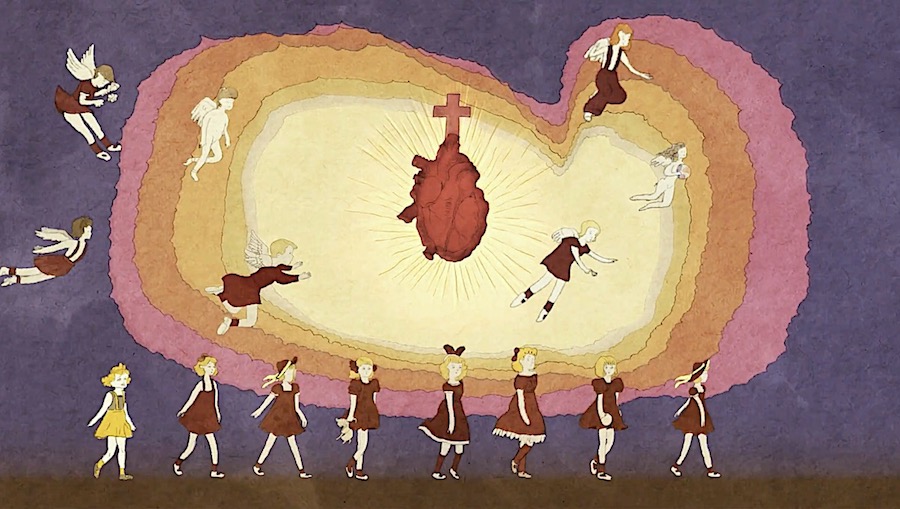 Chicago “outsider” artist Henry Darger has garnered a posthumous international reputation, with his estate achieving millions of dollars since his death in 1973. This was built by Kiyoko Lerner and her late husband, Nathan Lerner, Darger’s landlord, who rescued the work from being thrown into a skip.

It has now come to light that they may have had no legal right to the hoard, so says a federal lawsuit filed by relatives last week. The family are trying to gain control of the reclusive artist’s watercolour paintings, sketches and writings. Darger’s work has been exhibited in public galleries on a global scale and is included in the permanent collection of MoMA in NY.

The Chicago Sun-Times reports, “Kiyoko Lerner, who was Darger’s landlord in Lincoln Park at one time, may not legally own any of the artist’s work or the copyright to it. The suit also accuses Lerner of something called “anticybersquatting” by having a website titled “officialhenrydarger.com.” The site offers information about Darger’s life, his work, as well as a warning that “images may not be reproduced, copied, transmitted or manipulated without written permission of Kiyoko Lerner.” 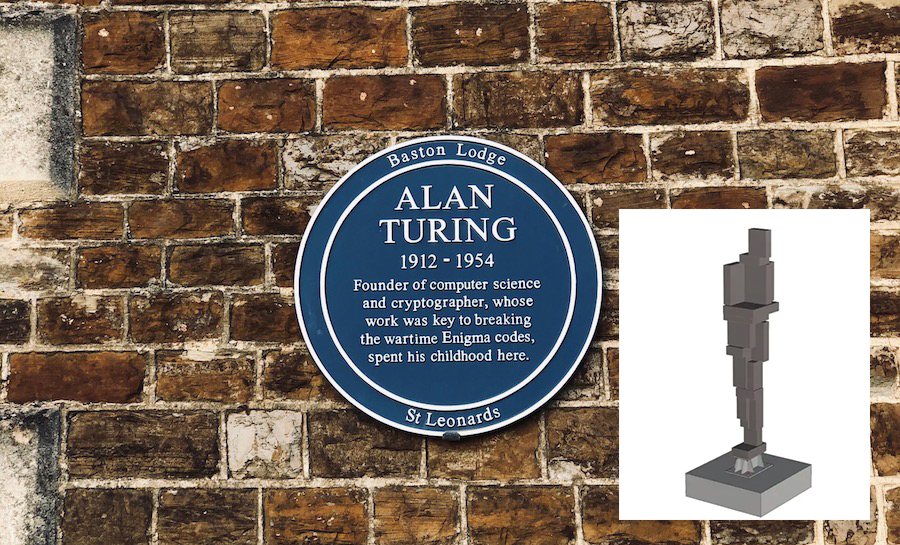 A sculpture by Sir Antony Gormley celebrating the codebreaker Alan Turing has been given the go-ahead to be installed at the University of Cambridge’s King’s College.

Planning committee councillors felt the sculpture should be in a more public location to make it more accessible. However, King’s College decided the location chosen by the sculptor and the college was the best choice. A college spokesperson said the sculpture would be “a source of great pleasure and interest to many people”.