Hull, which has begun its year as UK City of Culture is already off to a strong start, with January seeing the reopening of the Ferens Art Gallery and the launch of the new Humber Street Gallery with its first exhibition: COUM Transmissions. Since winning the title in 2013, the city has enjoyed a £1 billion boost in investment and unprecedented visitor numbers.

“Look Up”, an ambitious yearlong public arts programme, has artists creating temporary works to accentuate areas of the rapidly regenerating city. Contributions include Michael Pinsky’s The City Speaks, which allows visitors to have their spoken words appear in lights on the city’s tidal surge barrier, and Nayan Kulkarni’s Blade, a readymade installation of an enormous B75 rotor blade – manufactured in the city – that hangs impressively over Queen Victoria Square. Just off the same square is the Ferens Gallery, which reopened its doors on January 13 following a £5.2 million refurbishment, 100 years to the day after local philanthropist Thomas Robinson Ferens purchased the land on which it stands.

In addition to a core selection of Victorian artworks, Ferens left the gallery a generous endowment for future purchases, resulting in an impressive collection. Highlights currently on display include works by Frans Hals, Canaletto, Henry Moore, and Barbara Hepworth, as well as items of interest such as Arthur Hacker’s portrait of Ivy Lillian Close, an actress and winner of a 1908 competition that made her Britain’s first beauty queen, and the subject of Hacker’s portrait. 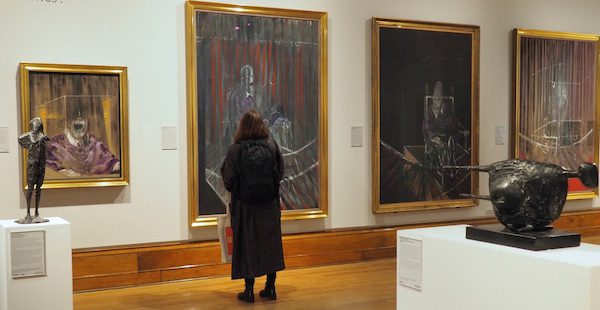 Exhibiting now are “Francis Bacon: Nervous System” – a rare opportunity to view several of the artists’s deeply affecting ‘ccreaming pope’ paintings displayed together – and, of particular interest, an exhibition built around the gallery’s 2013 acquisition of Pietro Lorenzetti’s Christ Between Saints Paul and Peter (c.1320). Having undergone extensive conservation work with the National Gallery, the altarpiece panel is now unveiled in the good company of borrowed works by other masters of the period including Cimabue, Giotto, and Duccio.

Also running now is the Feren’s 50th annual Open Exhibition, showcasing the work of local and aspiring artists, some of which is of an exceptional quality. 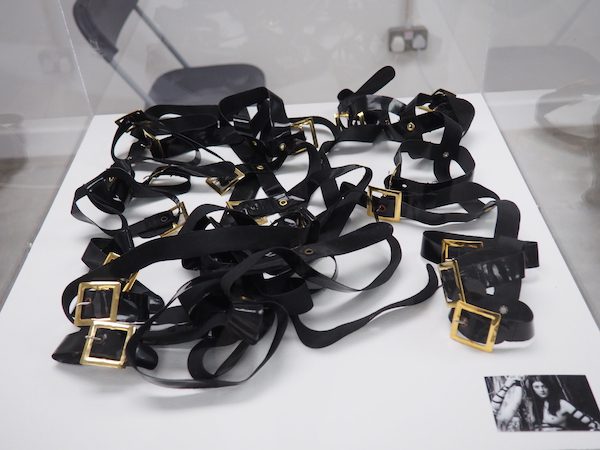 COUM became notorious in the 1970s

Originally from Hull, COUM became notorious in the 1970s for its exploratory, provocative, and often sexually explicit performances, many of which have long been known only anecdotally. Drawing largely from the personal archives of two former members – one donated to Tate by Genesis P-Orridge in 2010, and the other belonging to Cosey Fanni Tutti – the exhibition displays extensive COUM ephemera and, of particular interest, correspondence between members and others, all of which give context to a partially obscured phenomenon in British art history.

In addition to video interviews with a number of former members, among the included items are fliers from shows, costumes, manifestos, film footage, letters, and graphic photographic evidence of some of the most controversial of COUM’s work, including the scandalous 1976 show “Prostitution”, following which the group dissolved. 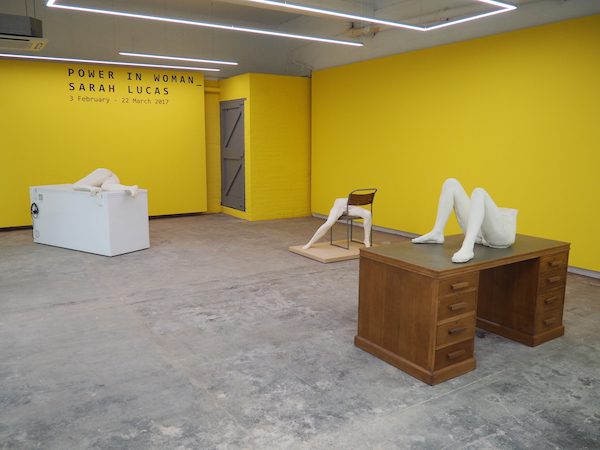 Complementing COUM Transmissions, the Humber is exhibiting three sculptures by renowned YBA Sarah Lucas: female figures with cigarettes inserted into various orifices which she made for the British Pavilion at the Venice Biennale in 2015.

Elsewhere in the city, the year’s programming boasts a range of events, exhibitions, and workshops. Not least among them is “Offshore”, a joint exhibition between the Ferens and Hull Maritime Museum exploring the city’s relationship with the sea through art, and an exhibition of drawings at the University of Hull Library including some of the world’s greatest artists. “Lines of Thought: Drawing from Michelangelo to Now” offers, in addition to Michelangelo, sketches from da Vinci, Rembrandt, Cézanne, Degas, Rubens, Auerbach, and much more, with particularly interesting examples from various sculptors including Rodin and Moore.

Barely a month in and Hull’s year in the cultural spotlight already seems a success. 342,000 people came to the year’s opening event, £100m is being invested in cultural infrastructure, and the number of visitors to the city has been increasing since its status was announced – exciting times for a town on the rise.  Hull UK City of Culture