Last week, one of the world’s most renowned and influential classicist Professors, Mary Beard, from the University of Cambridge, was locked into a “battle of the genders” with artist Ela Xora, over the banning and “modern skirting over” of the vast and fascinating ancient history involving transgender and intersex people, in the Greek and Roman Empires.

The transgender artist recently opened an exhibition (on the 23rd November) titled, “The Mask of Intersex” at the Futures Museum in Limewharf, Vyner Street, East London. The show had previously previewed at the Royal College of Art and Oxford Museums, as part of a new Museum trail and App called Out In Oxford. The event incorporated a performance art piece called “Sleeping Hermaphroditus Hunger Strike”, which involved the artist reenacting the iconic intersex sculpture and not getting up until Mary Beard had apologised for lack of tact, historical transparency and “ethics” regarding her description of the statue for The Times newspaper, plus her years of “masking” the subject of intersex people in history, which Xora says is linked to the perpetual invisibility and abuse of intersex people today. 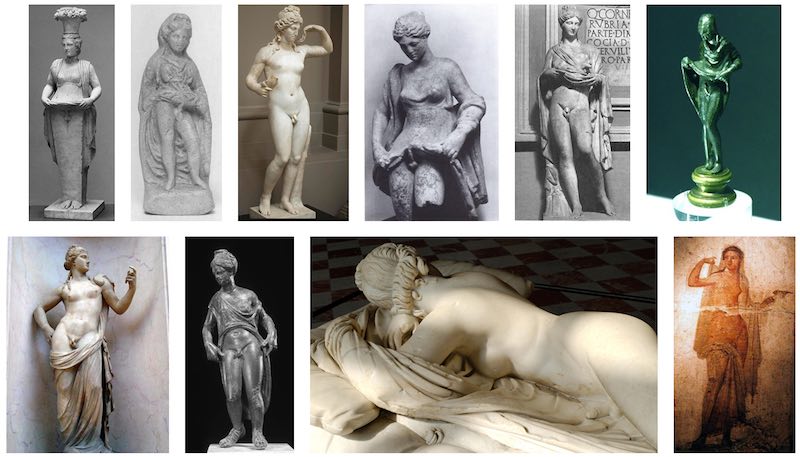 Xora announced on social media, “The failure of “expert” academics to educate students and the public about Hermaphroditus and Cybele (the intersex born family members of Zeus, that are deliberately left out of the picture by most Museums) and the fascinating history that surrounds them in the Roman Empire, has resulted in all this important history being purposefully put under a mask of secrecy, which I will NOT STAND FOR, because it’s directly linked to our modern plight.” Later adding “These are some of the points I will be comprehensively arguing, during my forthcoming lecture and art exhibition “The Mask of Gender Binary Merkinism”, during LGBT+ History Month at St Johns in Cambridge next February 2018.”

Indeed the Museum of classical archaeology in Cambridge banned the exhibiting of numerous pieces of ancient “non-binary” art copies, including a Hermaphroditus sculpture in 1850, when curators decided their intersex bodies “were not fit for public viewing”. Artlyst has learned that the Museum also hides all the naked statues under sheets, when certain religious groups of children come to visit the world famous, archaeological centre of Greco Roman art in Cambridge.

Other works of interest in this exhibition include a collection of solid silver masks of early Western non-binary deities like Phanes, Agdistis, Aphroditus, Hermaphroditus and Cybele, plus numerous aural and video art works narrated by Stephen Fry, Xora’s muse for this guerilla-style art exhibition. “The Mask of Hermaphroditus” a signature piece of mask art and the video art piece “Unmasking Binarism…and a Fry up of patriarchal and feminist bollox” are particularly challenging and engaging works, alongside the sleeping hunger strike performance, which has ultimately awoken Xora’s objective. Rising debate and “Non-Binary History”. The abuses of intersex people throughout history, to the present day, are echoed by human rights charities around the world, including the UN, who has repeatedly denounced the currently dormant legal rights of non-binary people in UK law and their institutionalised abuses. Stephen Fry has publicly backed the urgent need for intersex rights, also championing Xora’s art exhibition alongside the Ashmolean Museum in Oxford, in his new book Mythos.

Intersex people were quick to support Xora on social media, with Intersex UK, the largest organisation for intersex people in the country tweeting “Mary Beard will u uncover the reality of #intersex ancients / ‘the hidden statues’. Why r so many #intersex statues hidden from display and not shown?” later adding `” Ela Xora is creating important comment on intersex visibility – hugely important.”