Last month the rap singer Kanye West visited the ethereal, glowing light installations of artist James Turrell. He was so moved by the works that Yesterday, he pledged $10 million to the Turrell Art Foundation to help fund Roden Crater Project—an extinct volcano in northern Arizona where Turrell has been embedding works for more than four decades.

“Kanye is a great human being with a big heart and love of art, “I am just thrilled to have his support and partnership at this critical juncture of the project.” – James Turrell

West, who collects contemporary artists like Takashi Murakami and Vanessa Beecroft, visited Roden Crater with Turrell on Dec. 11. Two days later, he tweeted that the experience was “life-changing,” adding that one day “we will all live in Turrell spaces.” West returned a few days later with his team, who tweeted a photo of the rapper bundled up and overlooking the site. 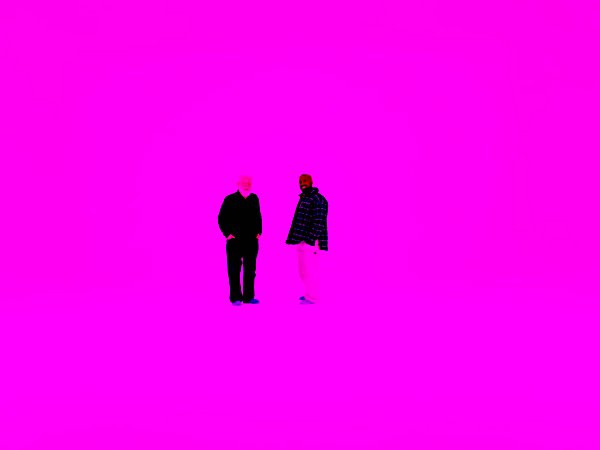 Since 1977, James Turrell has been transforming a volcano crater northeast of Flagstaff, Ariz., into an open-air observatory by carving tunnels into the crater’s cone that lead to spare, temple-like rooms. Oval slits or openings in the ceilings of some of the spaces allow in light so that the rooms’ hues differ depending on the time and weather conditions. The site is currently closed to the public, although a variety of art-world figures and others have made the pilgrimage with the artist’s permission over the years.

Roden Crater, located in the Painted Desert region of Northern Arizona, is an unprecedented large-scale artwork created within a volcanic cinder cone by light and space artist James Turrell. Representing the culmination of the artist’s lifelong research in the field of human visual and psychological perception, Roden Crater is a controlled environment for the experiencing and contemplation of light. It takes its place within the tradition of American landscape art that began in the 1960s, requiring a journey to visit the work in the remote desert with truly dark night skies. While minimally invasive to the external natural landscape, internally the red and black cinder has been transformed into unique engineered spaces where the cycles of geologic and celestial time can be directly experienced. It will constitute a truly culminating phenomenon in world art.

Turrell’s immersive work with how we see light in varying contexts, both natural and created, led him to conceive an artwork so remote from manmade distractions, and at a high altitude so naturally conducive to unlimited sightlines of the vast sky, that it could provide a singular experience. After an extensive search, he found his ideal conditions at Roden Crater. Since acquiring the dormant cinder cone in 1977, Turrell has fashioned Roden Crater into a site containing tunnels and apertures that open onto pristine skies, capturing light directly from the sun in daylight hours, and the planets and stars at night. Indeed it is more akin to the communally developed sites of ancient Incas, than to the conceptions of any individual one can think of in modern times.

Roden Crater is a gateway to the contemplation of light, time and landscape. It is the magnum opus of James Turrell’s career, a work that, besides being a monument to land art, functions as a naked eye observatory of earthly and celestial events that are both predictable and continually in flux. Constructed to last for centuries to come, Roden Crater links the physical and the ephemeral, the objective with the subjective, in a transformative sensory experience.