It is unusual to have a Monarch with a talent for painting. This will hopefully spark a renaissance for the arts in the UK. Painting has always been the King’s go to place for relaxation and wellbeing, but will he find the time to paint with his busy new diary of responsibilities?

‘Painting transports me into another dimension – King Charles III 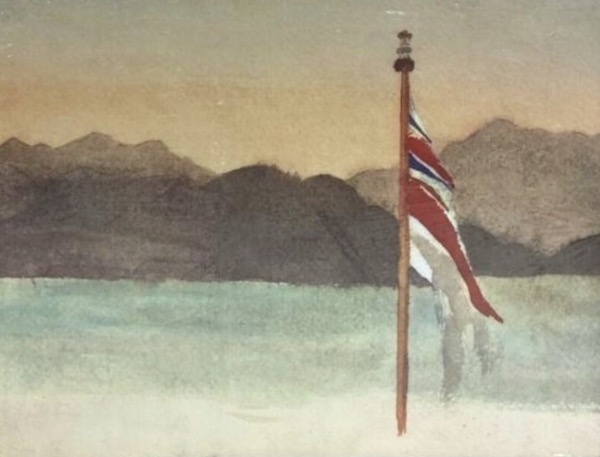 Seventy-nine of The new Monarch’s watercolours explored his creative interpretation of various geographic locations, including the Scottish mountains, the East African country of Tanzania, and the Provence region in France. The exhibition was free to visit.

“I am under no illusion that my sketches represent great art or a burgeoning talent! On the contrary, they represent, more than anything else, my particular form of ‘photograph album’ and, as such, means a great deal to me.” – King Charles III.

The exhibition contained spaces dedicated to many geographic areas, such as Scottish mountains, including the work “Beinn a’Bhuird across the park at Invercauld near Brig O’Dee” and the East African country of Tanzania. A section on France features scenes from the Provence region predominantly.

An exhibition at Hampton Court Palace in 1998, held to mark The then Prince’s 50th birthday, displayed 50 of his watercolours, while The National Gallery of Australia’s exhibition in 2018 to celebrate another landmark HRH birthday showed 30 pieces.

Rosie Alderton, curating the exhibition for The Prince’s Foundation, said: “His Royal Highness has said before that he likes to sit in the actual environment and paint en plein air, and that, for him, taking a photograph doesn’t have the same feel as a painting. His passion for creating beautiful art is conveyed strongly in this exhibition. We’re looking forward to presenting this special collection to the public from November to the new year.”

In a display panel for the exhibition, His Royal Highness writes: “I took up painting entirely because I found photography less than satisfying. Quite simply, I experienced an overwhelming urge to express what I saw through the medium of watercolour and to convey that almost ‘inner’ sense of texture, which is impossible to achieve via photography. However, I very quickly discovered how complicated it is to paint well in such a spontaneous medium, and the feeling of frustration at not being able to achieve on paper the image that your eye has presented you with is intense!

“Looking back now at those first sketches I did, I am appalled by how bad they are. Nevertheless, the great thing about painting is that you are making your interpretation of whatever view you have chosen. Because it obliges you to sit down and carefully observe the selected subject, you discover so much more about it than just pointing at a camera and arriving at a result that is probably almost identical to somebody else’s photograph. As a result, you become increasingly aware of things that may have escaped your attention previously – things like the quality of light and shade, tone and texture and the shape of buildings in the landscape. It all requires the most intense concentration and, consequently, is one of the most relaxing and therapeutic exercises I know. In my case, I find it transports me into another dimension which literally refreshes parts of the soul that other activities can’t reach…