Lee Bontecou, whose mysterious shaped canvas abstractions broke barriers in the 1960s, has died at her home in Florida, aged 91.

I want to do what I believe and what I must do to get what I want is natural and something that exists in us all – L. Bontecou

Bontecou’s sculpture was an enigma in a male-dominated profession. She created works that were associative but not illustrative. Fiercely independent, Bontecou has resisted many of the interpretations of her work. 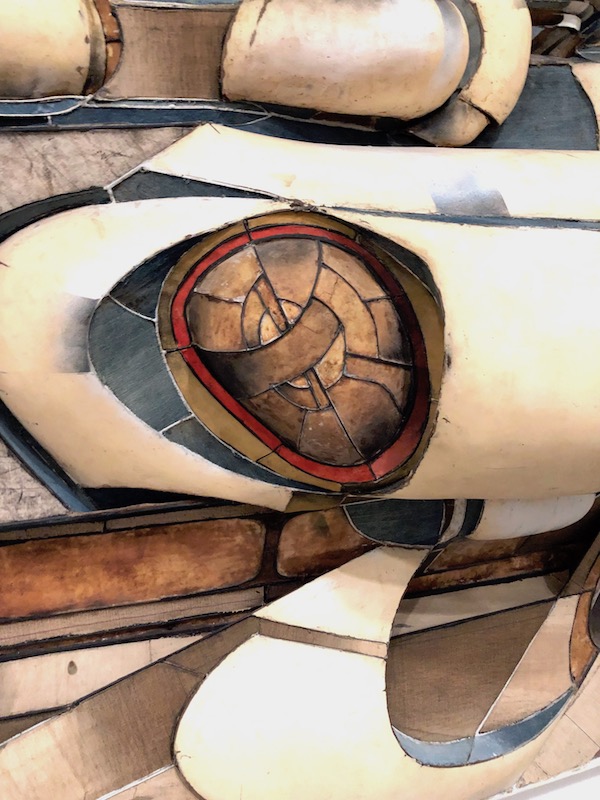 Born in 1931, Bontecou was an American sculptor, printmaker, and pioneer in the New York art world. She produced work consistently in a recognisable style and received broad recognition in the 1960s. Her abstract sculptures in the 1960s and 1970s created vacuum-formed plastic fish, plants, and flower forms. Rich, organic shapes and powerful energy appear in her drawings, prints, and sculptures. Her work has been shown and collected in many major museums in the United States and Europe.

Bontecou found herself interested in sculpture from an early age. “I avoided everything that was commercial art. I avoided having to make posters, and I avoided all of these. it was just not interesting to me. But I was always drawing at home and making little clay stuff and little figures, little – anything that I could get my hands on. And I did enjoy the clay.” Bontecou continued working with many materials, such as metal, paper, plastic, and fibreglass.

Her work was deeply affected by WWII. Many of her sculptures were emotional responses to war. Describing her work, Bontecou said, ” I was angry…all of those- all the ones with the teeth- it was a thing of what that war was.” Both her parents joined the war effort. Her mother wired transmitters for submarine navigation and her father sold gliders for the military. Later her husband, Bill Giles, would be a medic in the Korean War. Growing up, she would spend summers with her grandmother in Yarmouth, Nova Scotia, where she developed a love of the natural world.

Throughout the 60s and 70s, She showed at the then-radical Leo Castelli Gallery in NY alongside Jasper Johns, Frank Stella, and Robert Rauschenberg. Bontecou’s work was hailed for its unique position between painting and sculpture. Sculptor Donald Judd wrote that her work “asserts its existence, form and power. It becomes an object in its own right.”

She was also a highly regarded educator teaching in the Art Department at Brooklyn College. Bontecou was married to the artist William Giles with whom she had a daughter, Valerie.