Liverpool has lost their  UNESCO World Heritage status after a UN committee found overdevelopment approved by Liverpool council threatened the waterfront area. The designated site was granted in 2004, placing it on par with the Taj Mahal and Great Wall of China as places of unique global interest.

The decision was described as “incomprehensible” by the Liverpool’s mayor

This decision followed months of speculation of how the vote might go. A secret ballot by the UNESCO committee at a meeting in China stated that the “developments, including the planned new Everton FC stadium, had resulted in a “serious deterioration” of the historic site”.

The decision was described as “incomprehensible” by the city’s mayor. “Our World Heritage site has never been in better condition, having benefitted from hundreds of millions of pounds of investment across dozens of listed buildings and the public realm,” Joanne Anderson said.

She added that she would work with the government to examine whether the city could appeal against the decision, which comes “a decade after UNESCO last visited the city to see it with their own eyes”.

The Guardian got to the point by stating, “Over the past decade the Labour council has trampled its historic buildings with glee, pursuing needless demolition and rubber-stamping numerous atrocious developments, wreaking civic vandalism on an epic scale. When Liverpool Mayor Joe Anderson stepped aside in December, following his arrest on suspicion of conspiracy to commit bribery and witness intimidation (which he strongly denies) he left a trail of misguided projects and half-finished building sites, monuments to mayoral hubris for which the city will pay the price for years to come.” 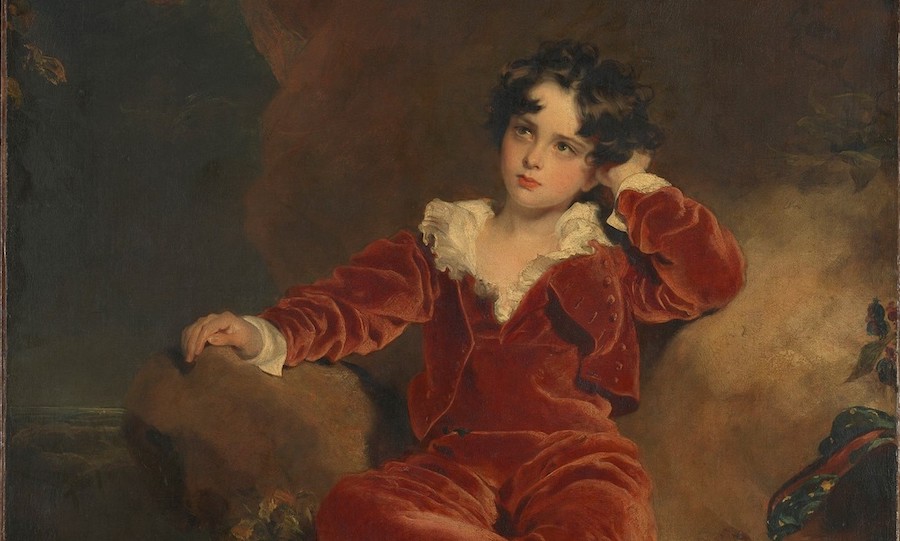 The National Gallery has committed to purchase the portrait of Charles William Lambton (1818-31) by Sir Thomas Lawrence (1769 – 1830). The 1825 work – world renowned as ‘The Red Boy’ – was made when Lawrence, one of the first trustees of the National Gallery, was at the height of his powers as painter and portraitist, a year after the Gallery opened to the public in 1824. Such is its status, in 1967 ‘The Red Boy’ was the first painting ever to be included on a British postage stamp.

This is a unique opportunity for the Gallery to acquire an exceptionally important painting by one of the finest European portraitists of the early 19th century, which is of outstanding significance for British national heritage. The painting is being offered from a private collection by private treaty sale via Christie’s, at a special price of £9.3 million.

The funding is made up of a generous commitment from the American Friends of the National Gallery, plus funding from other sources including donations from individuals and charitable trusts, restricted grants, and legacies already made to the National Gallery. This includes a significant bequest from the estate of Miss Gillian Cleaver, and donations from The Al Thani Collection Foundation, The Manny and Brigitta Davidson Charitable Foundation and other donors. Art Fund has generously supported the acquisition with a grant of £300,000. The National Gallery shall pay in instalments and will assume legal title (fully own the painting) when the full purchase price has been paid before the end of December 2021.

The portrait of Charles Lambton, commissioned by his father John George Lambton (1792-1840), created 1st Earl of Durham in 1833, caused much comment on its first exhibition at the Royal Academy in 1825 – The Times remarking on the ‘sparkling intelligence of youth’. The portrait of the six- or seven-year-old boy shows Lawrence’s mature powers to the full, in the open but pensive glance, the elegant but informal pose with the bent arm reflecting the Renaissance artist’s traditional depiction of melancholy, the bravura painting of the red velvet suit, and the extraordinary and unusual background.

Art Fund Museum of the Year, the world’s largest museum prize, is back. A celebration of the UK’s museums and galleries, the 2021 prize will reflect the resilience and imagination of museums throughout the pandemic.

The Centre for Contemporary Art opened in 1992 and has been exhibiting emerging artists from Northern Ireland alongside international peers ever since. It moved in 2012 to its current space designed by Michael Carr Architects.

Experience Barnsley – Barnsley
Located in Barnsley Town Hall, Experience Barnsley opened in 2013 and is part of Barnsley museums. It traces the known history of Barnsley from pre-historic times to the 21st century. Its collection has developed over many years, created thanks to the thousands of local people who have shared precious memories and objects.

Firstsite – Colchester
Firstsite is the East of England’s contemporary visual arts organisation based in the heart of the community in Colchester, where visitors can experience a diverse mix of the very best historic, modern and contemporary art from around the world, in a fun and inclusive environment.

Timespan – Helmsdale
Timespan is a cultural organisation in Helmsdale, a village of around 800 inhabitants in the north east of the Scottish Highlands. It comprises a local history museum, contemporary art programme, public archive, geology and herb gardens, shop, bakery and café.