Martin Puryear has been selected to represent the US at the 2019 Venice Biennale. Madison Square Park Conservancy NY will oversee the presentation. Brooke Kamin Rapaport senior curator, said, “This is the first time the pavilion has been organised by a public art body rather than a museum or university.”

Martin Puryear’s abstract organic forms are rich with psychological and intellectual references that explore issues of ethnicity, culture, and history. His new sculptures incorporate a diverse range of materials, from bronze, cast iron, and mirror-polished stainless steel to a variety of woods, including red cedar, tulip poplar, maple, holly, Alaskan yellow cedar, walnut, and ebony. Puryear’s sculptures, typically made by hand with labour-intensive methods, often require months to complete. His techniques, developed over a forty-year career, combine practices adapted from many different traditions, including wood carving, joinery, and boat building, as well as recent digital technology. 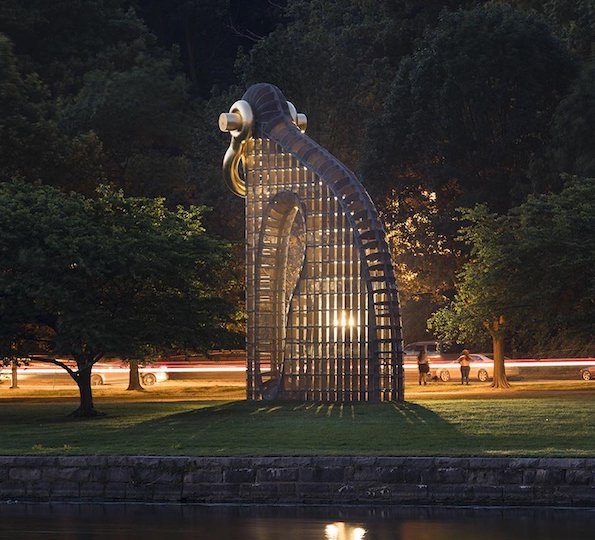 Martin Puryear (born 1941) lives and works in upstate New York. His first one-person exhibition opened in 1968. Since then he has had one-person exhibitions at numerous museums, including the Art Institute of Chicago, Fundación “la Caixa” in Madrid, the Hirshhorn Museum and Sculpture Garden in Washington, DC, the de Young Museum in San Francisco, the Irish Museum of Modern Art in Dublin, and the Museum of Contemporary Art San Diego, and he has completed public commissions in Europe, Japan, and the United States. In 1989 he represented the United States at the São Paulo Biennial, receiving the festival’s Grand Prize, and in 1992 his work was included in Documenta 9 in Kassel, Germany. The Museum of Modern Art, New York, organised a retrospective of his work in 2007, which travelled to the National Gallery of Art in Washington, DC, the San Francisco Museum of Modern Art, and the Modern Art Museum of Fort Worth. He is the recipient of a MacArthur Foundation award and a Presidential Medal of the Arts.

Puryear’s show at the Parasol Unit was well received. The exhibition spanned 40 years of the artist’s practice and presented over 30 works of sculpture and rarely seen works on paper. Loaded with a poignant sense of cultural history, Puryear’s abstract sculptures have a unique aesthetic and are meticulously hand-made, most often from wood. Puryear employs traditional techniques to create his work, which is testimony to his deep respect for skilled craftsmanship. This approach and his inherent sensibility impart a subtlety in his works which touch on issues of identity.