Despite a week of political unease as America comes to terms with the reality of Donald Trump as President-elect, the market showed some strong sales.  Christie’s New York held two major sales this week Post-war and contemporary and Impressionist and Modern Art.

The Post-war and contemporary auction took $276.9 million led by $66.34 million for Willem de Kooning’s painting ‘Untitled XXV’ 1977 that  had a $40 million estimate.  Brett Gorvy, chairman and international head of post-war and contemporary art, said that the sale was ‘a career highlight’ and especially personal to him as not only is De Kooning one of his favourite artists but in 2006 he helped bring the large abstract painting to the auction market for the first time when it sold for a then record price of $27.1 million which at the time was the highest price paid for a post-war and contemporary work of art. 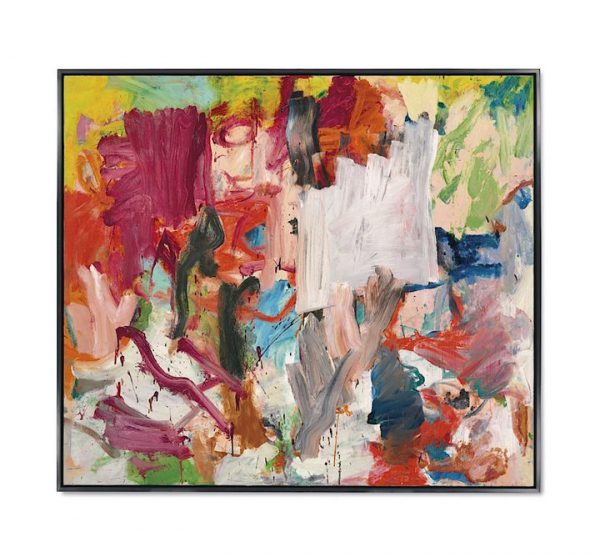 However, only 54 of the 61 lots sold in a market shaken by the results of the US presidential election.  Notable failures were two works by Ed Ruscha with $4m and $6m estimates and the total fell short of last year’s $331.8m.

In the Impressionist and modern art sale, the total amounted to $246.3 million with 39 of the 48 lots selling.  The highlight was Claude Monet’s painting ‘Meule’ 1891, part of his famous haystack series, which sold for $81.4 million a record for the French master.  The previous record was in June 2008 when “Bassin aux nympheas” (“Water Lilies”) took $ 80.4 million at a sale in London. The final price for Meule, which includes fees and commission, crushed Christie’s pre-sale estimate of $45 million. The bidding for this lot lasted an unusually long fifteen minutes before selling to an anonymous phone bidder.  The painting of just one haystack with a conical top at twilight is one of the rare works in this series to have still been in private hands, Christie’s said. Most of the others are in the Musee d’Orsay, Paris, the Metropolitan Museum of Art in New York or the Art Institute of Chicago.