The international photographer and activist Nan Goldin, a survivor of the OxyContin epidemic in the US, was followed and harassed by private investigators hired by the Sackler family, a new book claims. The founder of PAIN in 2017, a group hell-bent on holding the Sackler family accountable for the opioid crisis, has been successful in raising awareness about this notorious family-owned business. A number of high profile art institutions, including the Serpentine Galleries, The Louvre, and the Metropolitan Museum of Art, have since refused gifts from the Sacklers, and many have agreed to remove the family’s name from their Museum walls.

“We’ve been warned since the onset of PAIN that there could be tactics of intimidation physically or digitally, but no amount of precautions can prepare you for being followed,” the group’s spokesperson told Hyperallergic. “It is a complete violation of our safety, and it has lasting effects.” Top Photo Via SacklerPain 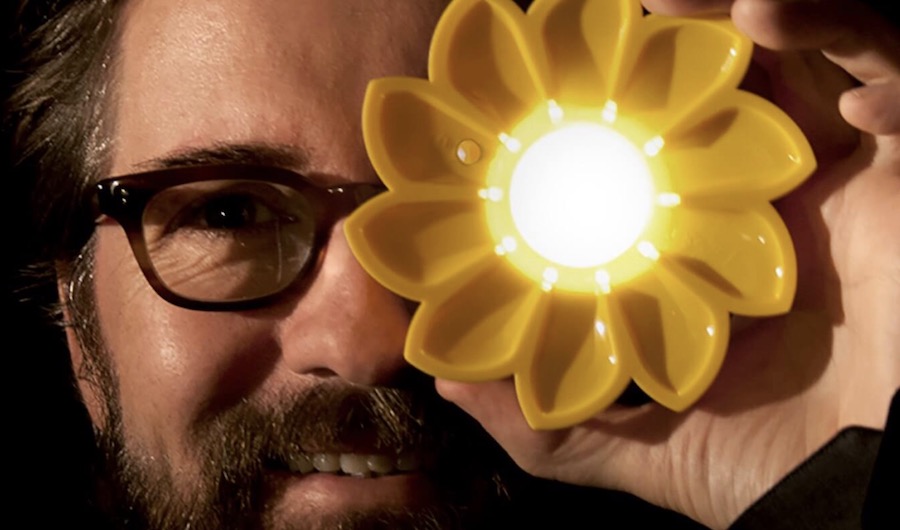 Little Sun, the clean energy nonprofit founded by Danish-Icelandic artist Olafur Eliasson and engineer Frederik Ottesen, announces Reach for the Sun: Ten Steps to Creating a Solar-Powered World, a global creative communications campaign. Illustrated by Nigerian-Italian artist Diana Ejaita and supported by the IKEA Foundation, the campaign aims to help tackle climate change and end energy poverty, accelerating the transition to net-zero carbon emissions and universal access to clean, affordable energy. Reach for the Sun consists of a ten-step digital guide to creating a solar-powered world. It also includes an open-source communications toolkit and resources for individuals and organisations to take action.

“Now is the time to reach for the sun,” said Olafur Eliasson, Little Sun Co-Founder. “The climate crisis is here: if we are to transition to a world powered by renewable energy in the next decade, we need everyone to recognise the opportunity of solar energy. Art helps us do this; it enables us to feel the power in our hands.”

Conceived as a creative communications tool to convert climate change fear into hope and action, Reach for the Sun’s illustrative guide invites audiences to feel, imagine, then affect a majority solar-powered world. “Art comes from a space of freedom,” said Ejaita, whose illustrations have appeared on the cover of The New Yorker. “You have the choice to see differently.” Identifying ten actionable and straightforward steps for powering the world with the Sun, the campaign charts a roadmap from personal to social climate advocacy, activating users to alter individual behaviour, from energy use, supply, and investment to the community and political engagement.

Aimed at individuals and organisations working toward the global energy transition, Reach for the Sun seeks to inspire, inform, and activate audiences to achieve a zero-carbon world by 2040. The campaign comes as part of the organisation’s ongoing initiative to engage creatives in the global movement to combat climate change, explained John Heller, Little Sun CEO: “We believe that art can create possibilities for climate action, inspiring global connectivity, promoting positive action and enhancing citizenship engagement. Little Suns work with artists helps us imagine a future that we can’t yet fathom—one where all people thrive and share the power of the Sun.”

The organisation, which works with partners to deliver renewable energy to communities in sub-Saharan Africa, is investing in its culture program, says Heller, with the goal of “shifting the public’s perspective on the climate crisis—grounding the climate conversation not in fear and despair but in hope and possibility for what we can create together.” The nonprofit is calling on creatives to join its global community of partners fighting for climate action and solar energy access. Ejaita, whose illustrations for the flagship campaign take inspiration from the visual cultures of the African diaspora, said: “The Sun is our life force; it enables us to thrive. My hope is that creatives across the world will join us to tell the story of its powerful force for good.”

Although it provides only three percent of the world’s power currently, research suggests that solar can meet the majority of the world’s energy needs by 2040 and is the most potent means of preventing runaway climate change if implemented now1. “Solar is readily accessible, versatile, and affordable,” explained Heller. “It offers the promise of a better life now, particularly for the 800 million people who live beyond the reach of the electricity grid. Lighting the world is possible—but getting there depends on all of us.”

The nonprofit organisation—which began in 2012 as an idea to create a small, portable solar lamp for people living without electricity—has since grown into a global impact project: Little Sun has helped provide power and light to over 3.2 million people who would not otherwise have access to it, and in 2021, is hoping to grow even further. Their work has reduced 800,000 metric tons of CO2 emissions and saved households living beyond the energy grid $150 million in energy expenses2.

Reach for the Sun, conceived and produced by Little Sun’s Head of Communications, Charlotte Webster, encourages audiences to reflect on our connection to the Sun. “Humanity is grasping for solutions to the causes and consequences of climate change. Our fixation with looking for energy underground has pushed us dangerously close to a warming limit that will trigger irreversible conditions for us all,” said Webster. “Yet all we need to do is lookup. A solution is visible to us all the time, every day: the Sun. The journey to a world powered by renewable energy begins with how we feel. With the help of art, we invite humanity to feel this future, imagine better, and re-orientate itself around the Sun. If we reach for the Sun now, we stand a genuine chance of creating a thriving world for us all.”

Jeffrey Prins, Head of Renewable Energy at the IKEA Foundation, said: “Reach for the Sun is an innovative way to champion renewables for communities living in poverty and persuade the energy sector to do more. It bridges the gap between knowing something must be done and acting where it counts most.” Organisations are encouraged to share campaign resources, activating their audiences, employees, and stakeholders to accelerate the zero-carbon transition.

Reach for the Sun is endorsed by the Global Solar Council, the trade body for the world’s solar energy industry. The campaign aims to galvanise public and political engagement in the solar potential to meet most of the world’s energy needs ahead of the 26th UN Climate Change Conference of the Parties (COP26), set to take place in Glasgow, Scotland, in November 2021.

London: Next month, Sotheby’s will stage the (Women) Artists sale: its first auction dedicated to female artists across the centuries, many of whom have been categorised or marginalised by history due to their gender. From the Old Masters to the Contemporary, the sale will explore the art historical contributions and personal stories of these artists across 400 years: from a 1680s Dutch painting by a 22-year-old Rachel Ruysch to Dame Laura Knight, the first woman to be granted full membership of the Royal Academy in the 1930s, and a sculpture by YBA artist and first-female Turner Prize winner, Rachel Whiteread. “The divisive classification ‘women artists’ but never ‘male artists’ is at the heart of a debate that has been disputed for decades and yet continues to be a trap that is so often fallen into. Female artists should not be pigeon-holed nor segregated, which is precisely why we are holding a sale that appears to be doing exactly that – to turn the tables and open up this debate. Yes, these artists are women, but more importantly, they are artists.”

The (Women) Artists sale will occur online from 20-27 May 2021 and will be accompanied by an exhibition at Sotheby’s New Bond Street from 22-27 May.