If you’re planning on leaving the metropolis for your staycation, Artlyst has put together a selection of the best UK shows outside of London.  The main event over the summer has to be the Liverpool Biennial. Across the city there are events and newly commissioned artworks, which this year are based on the theme of Liverpool’s past, present and future. Tate Liverpool also has a wonderful Francis Bacon exhibition. Elsewhere around Britain, there are shows not to be missed such as Stanley Spencer at the Hepworth Wakefield, David Bomberg at the Towner Gallery, Eastbourne and Giacometti at the Sainsbury Centre for Visual Arts in Norwich. 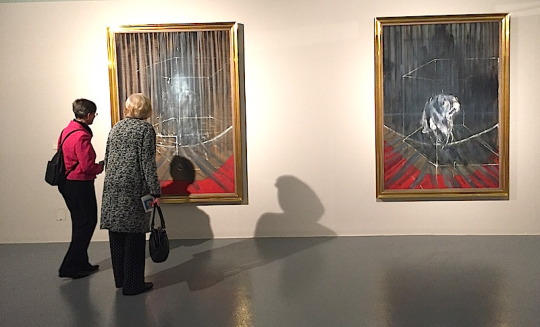 Francis Bacon: Invisible Rooms, Tate Liverpool until 18 September 2016 – the largest exhibition of his works ever staged in the north of England.  Experience more than thirty, powerful paintings alongside a group of rarely seen drawings and documents 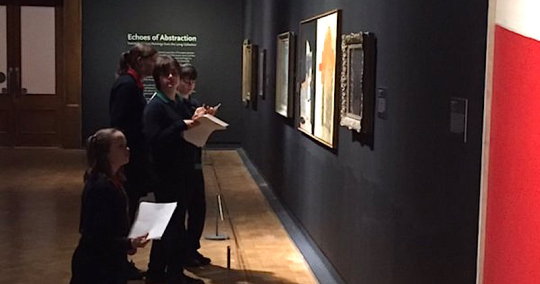 This display tells the story of how abstraction became the biggest artistic development of the twentieth century. Ranging from the technical experiments of around 1900 to the high-point of ‘pure’ abstraction in the mid-twentieth century, the selection includes works by celebrated painters such as David Bomberg, Prunella Clough, Patrick Heron, Ben Nicholson, Winifred Nicholson, and Walter Sickert. These paintings are shown alongside works by living artists including Frank Auerbach, Gillian Ayres and Chris Ofili, which show the continued influence of abstraction in contemporary art. 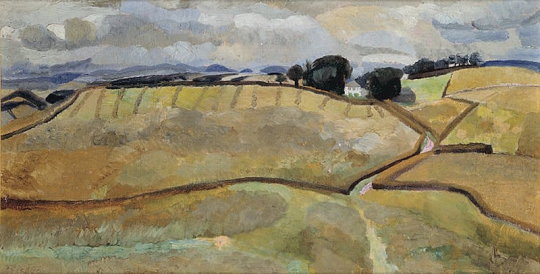 A major exhibition of Cumbrian landscape paintings by Winifred Nicholson (1893–1981), one of Britain’s foremost twentieth-century painters. The show includes paintings previously unseen from private collections that Winifred made of Cumbria, where she lived for large parts of her life. The show explores her experimentation with colour, light, rural life and landscapes of Cumberland. The first major survey in 15 years of the work of one of Britain’s best loved painters, Stanley Spencer. Presented during the 125th anniversary of Spencer’s birth, the exhibition brings together over 70 works spanning his entire career, including rarely-seen self-portraits and extracts from his diaries and writings offering a unique insight into his life and work.

This exhibition celebrates the Tim Sayer Bequest, one of the most significant gifts to Wakefield by a private collector.

London based, self-confessed ‘art-oholic’, Tim Sayer a retired BBC Radio 4 newswriter with his wife Annmarie Norton, a former ballet dancer have pledged their entire collection of more than 400 works – ceramics, sculptures, paintings and works on paper, as well as a significant library of books – to The Hepworth Wakefield in his will. 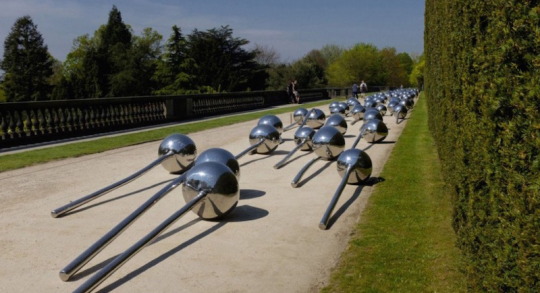 Internationally renowned as a leading sculptor, this is Not Vital’s first major exhibition in the UK. With studios in the tiny Swiss village of Sent and Beijing, China, as well as homes in Rio de Janeiro and Niger, the exhibition reflects Vital’s nomadic and diverse practice, including paintings and works on paper, indoor pieces made from plaster, silver, gold, marble, glass and coal, and outdoor sculptures in stainless steel and bronze. 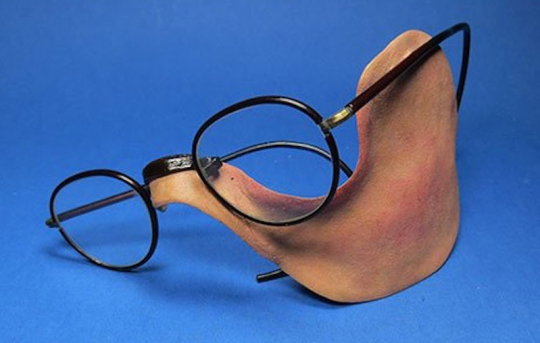 Throughout history human beings have sought to extend and supplement their own form to move faster and reach further. The Body Extended: Sculpture and Prosthetics traces how artists have addressed radical changes to the very thing we humans know best: our bodies. Presenting over seventy artworks, objects and images spanning the late-nineteenth century to the present day, this exhibition explores how sculpture and medical science have augmented the analogue human figure, expanding its reach and power. Includes works by Louise Bourgeois, Martin Boyce, Jacob Epstein, Charles and Ray Eames, Rebecca Horn, Wyndham Lewis, Oskar Schlemmer, Franz West and a host of others. Working with a team of local collaborators, Beutler will turn two of our galleries into a workshop. Channelling the spirit of DIY invention, and the disappearing tradition of co-operative labour, Beutler and his team will completely transform the galleries, creating a social response to our architecture. Working on site they will make a monumental installation from paper and cardboard, reshaping the materials into building blocks with the help of giant handmade tools. This presentation is the second chapter of an exhibition that started life at Spike Island in Bristol, and will recycle all of the original materials. Both galleries were designed by the acclaimed Caruso St John Architects. 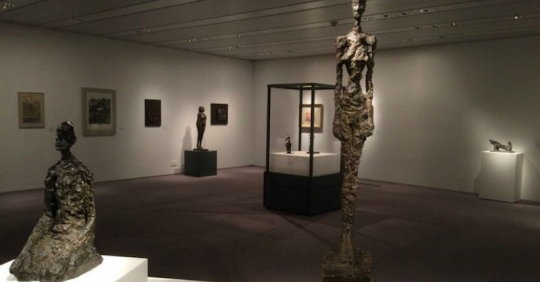 This landmark exhibition is dedicated to the work of Alberto Giacometti, one of the giants of twentieth century art, celebrated as a sculptor, painter and draughtsman. The exhibition will commemorate 50th anniversary of the artist’s death and is an exciting opportunity to examine the artist’s influence amongst his contemporaries in Paris and his impact on British art in the post-war period.

Key themes will include the artist’s sources of inspiration, the Sainsburys as patrons, his approach to materials and processes, and his influence on British artists. Over 100 works will be featured in the exhibition in a variety of media including sculpture, painting, works on paper, photography, film and important archival material. 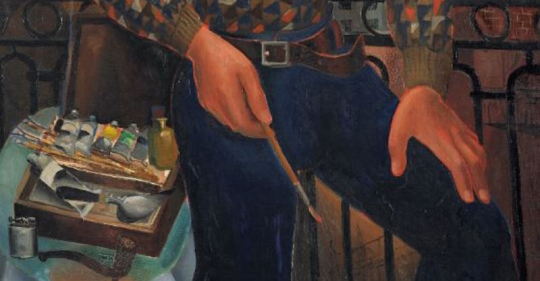 A major exhibition on the life and art of British artist Christopher Wood (1901-1930). An important and influential figure in the British art world during the 1920s, Wood developed a ‘faux-naïve’ style as he navigated a path between the representational painting of the Edwardian era and the new style of abstraction of the 1930s. A celebration of the magnitude of the artist’s achievement in the ten years before his premature death, aged just 29, this comprehensive review explores the enduring paradox between the primitive and the sophisticated in Wood’s oeuvre. Coinciding with the gallery’s fifth anniversary, Shonibare’s powerful work explores themes of conflict, empire and migration in the centenary year of The Battle of the Somme, poignantly shown at Turner Contemporary against the dramatic backdrop of the North Sea. David Bomberg (1890-1957) is now recognised as one of the most exceptional and original artists of his generation, but he died in 1957 in near obscurity. Son of Jewish immigrants from the East End of London, he was one of the pioneers of early modernism. During the First World War Bomberg fought at the Somme and, having witnessed the atrocities, he spent the rest of his artistic career trying to find or create order, moving frequently, painting and drawing the landscapes of Palestine, Spain, Cyprus, Cornwall and London.

Towner holds a number of paintings by Bomberg in the permanent collection, including one of his accomplished Palestine drawings. With loans from national institutions, including Tate, Ben Uri Gallery and Southampton City Art Gallery and from private collections, this exhibition brings together a selection of Bomberg’s landscape works to present an overview of the sense of place that he portrayed in these paintings, and how each of the landscapes was so significant to him. Quentin Blake: Inside Stories celebrates the work of one of the world’s most important and best-loved illustrators. Best known for his illustrations in the books of Roald Dahl, Quentin Blake’s work is recognised worldwide.

This exhibition gives an unique insight into the origins of some of Blake’s most iconic and popular creations, ranging from his illustrations in Roald Dahl’sThe Twits and Danny the Champion of the World, to his own Clown, The Boy in The Dress by David Walliams and illustrations to books by John Yeoman, Russell Hoban and Michael Rosen. This retrospective will mark  the centenary of Gerard Dillon’s birth in Belfast in 1916.  The exhibition will feature many of Dillon’s best loved works from public and private collections throughout Ireland and will examine his connections with Belfast, London and the West of Ireland. The central themes of  Dillon’s oeuvre including self-portraiture, the West of Ireland, dreamscapes and his alter ego Pierrot, will be examined through key works from throughout his career.