Britain has agreed with the Greek Government that the Parthenon Marbles (AKA the Elgin Marbles) should “in no way affect the strength of the UK-Greece partnership”.

The sculptures were a topic raised during a visit by Greek Prime Minister Kyriakos Mitsotakis as he met his British counterpart Boris Johnson in London. Johnson said that he “understood the strength of feeling of the Greek people on this issue but reinforced the UK’s longstanding position that this matter is one for the trustees of the British Museum.”

The PM ruled out returning the marbles to Greece, declaring they were legally acquired by the British and lawfully owned by the British Museum’s Trustees since their acquisition in 1812. The sculptures were removed from the Parthenon Temple on the Acropolis by Thomas Bruce, known as Lord Elgin and shipped to Britain.

Elgin sold the marbles to the British Government, which in 1817 passed them on to the British Museum. Historically the sculptures were purchased from the Ottoman Turks who ruled Greece at the time. Greece has called for the United Nations cultural agency UNESCO to act as a mediator. However, the British Museum has rejected this.

Frida Kahlo Self Portrait Sells For Record-Breaking $34.9m At Sotheby’s

A Frida Kahlo self-portrait sold for $34.9 million at Sotheby’s on Tuesday night, setting an auction benchmark for the most expensive artwork by a Latin American artist.

Completed five years before her death in 1954, the oil painting “Diego and I” is one of Kahlo’s final self-portraits and an example of the unsettling intimacy that attracted collectors to her paintings. In addition, the work offers a window into her turbulent marriage with Mexican muralist Diego Rivera, who is depicted in it just above the artist’s tearful eyes.

In setting a new high for a Latin American artist at auction, Kahlo surpassed a benchmark set by Rivera in 2018, when one of his paintings sold at auction for $9.76 million — or the equivalent of $10.75 million today, accounting for inflation.

Referring to “Diego and I,” Adriana Zavala, who curated a 2015 Kahlo exhibition at the New York Botanical Garden, said, “This is an important late work from a period where her physical suffering had intensified and her painting became erratic.” But, Zavala added, “She looks less polished and poised.”

Kahlo, born in 1907 in Mexico City, began painting in 1926 while recovering from a bus accident that had left her with chronic pain. She developed a rich iconography touching on the realms of life and death, mixing violence and vulnerability in ways that often shocked viewers by pushing gender norms. She died at 47.

A Sotheby’s spokesperson declined to reveal the identities of either the painting’s consignor or its buyer; high levels of anonymity are typical in the auction world. The winning bid for $34.9 million after fees was taken by Anna Di Stasi, Sotheby’s Director of Latin American art. A big sale had been assured even before the auction started because Sotheby’s had accepted both a guarantee and an irrevocable bid, meaning that a third party had already placed a bid that it could not withdraw. 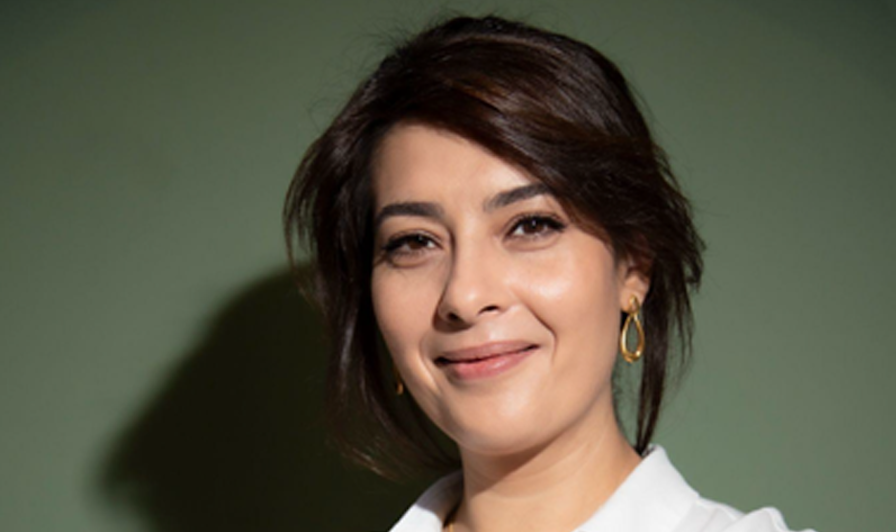 Artangel has announced the appointment of Mariam Zulfiqar as its new Director. She will replace James Lingwood and Michael Morris, Co-Directors since 1991.

Mariam brings to Artangel a vision that combines exceptional, ambitious artistic projects focusing on social and environmental issues that are critical to our present and future. She comes to Artangel from Forestry England, where she led its National Arts Programme, focusing on the intersection of the arts, environment and ecology. She has worked as an independent curator for Chiswick House and Gardens and was the curator of the acclaimed programme of events and art commissions Bring into Being, which broadened audiences and charted a new direction for the historic 18th-century site. Previously, she was Deputy Director and Chief Curator for UP Projects and raised the organisation’s national and international profile, overseeing Constellations, an artist development programme, and This Is Public Space. This digital commissioning strand explores the internet as a site for art.

Projects she has curated independently include touring the UK canal network on The Floating Cinema, an award-winning structure commissioned by UP Projects (2017); Changing Places, a nation-wide touring exhibition marking the 70thanniversary of Indian Independence at sites of historical significance across Britain for Film and Video Umbrella (2017/18); Merzbank (2013) digital commissions exploring the legacy of Kurt Schwitters; and The Palace That Joan Built for Art on the Underground (2014/15), a multi-site cross-disciplinary commission inspired by the heritage of pioneering theatre director Joan Littlewood. Alongside working with diverse UK based artists, Mariam has consistently championed the work of international artists, commissioning and presenting artworks by practitioners who live and work in South Asia, the USA and the Caribbean.