The painter Peter Doig has won $2.5 million in a ruling in federal court after a Chicago gallery sued him for claiming a painting was not his work.

A trial took place in 2016 where Doig testified that he did not paint the work in question, which was signed Doige, not Doig. Judge Gary Feinerman ordered Robert Fletcher (the painting’s owner) and a Chicago gallery, Bartlow Gallery Ltd, to settle the case. 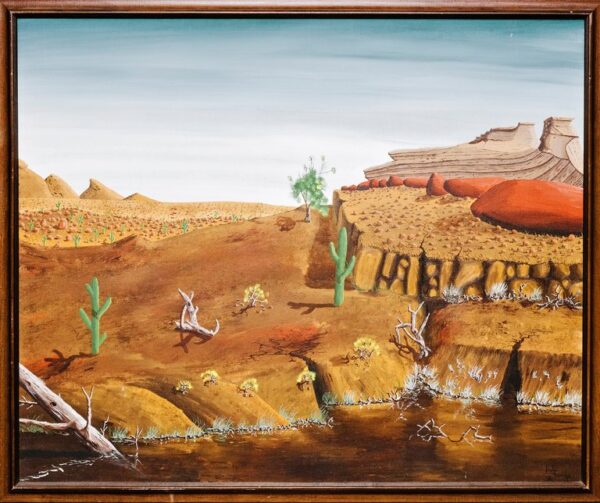 The defendant’s legal fees amounted to $2.5m and $610,398.90 in other expenses. Judge Feinerman reduced Dontzin Nagy’s and Fleissig LLP’s total decreasing costs by 20 per cent to account for “opaque bills” and awarded 50 per cent of the other expenses to arrive at the total number.

“Mr Doig will donate the settlement from this matter to a not-for-profit that provides incarcerated people opportunities to create art,” Matthew S. Dontzin, the artist’s lawyer, said in a statement.

The disputed painting dragged the Scottish-born Canadian painter Peter Doig into the courtroom. The picture not only looked nothing like a work by the artist but also carried a dubious and unworkable provenance. Robert Fletcher and art dealer Peter Bartlow filed the original suit in 2013, and it finally came to trial in 2016.

Said to be created 40-years ago while Doig was incarcerated in jail in Thunder Bay, Canada, (something that never happened) the canvas signed “Peter Doige 1976 was purchased by Robert Fletcher, a prison guard, for the princely sum of $100. Doig denies having painted the desert landscape and claims he was never incarcerated in Thunder Bay or attended Lakehead University in Ontario. He says the plaintiffs have no record of his supposed incarceration. He was 16 or 17 years old in 1976, the year the painting is dated, and he says he was living with his parents in Toronto.

Fletcher and Bartlow, co-plaintiffs in the Chicago court case against Doig, were asking for 5 million dollars in damages and a declaration from the court that the painting was authentic. Doig’s attorneys stated they found the artist, Peter E. Doige, who died in 2012. His half-sister, Marilyn Doige Bovard, previously affirmed that the late Doige was incarcerated in Thunder Bay in 1976 and was an amateur painter. She provided the defence with her brother’s other paintings for comparison.

Doig says that when he first saw a photograph of the “Pete Doige” painting, he immediately knew it wasn’t his. “I said, ‘Nice painting,'” he told the New York Times in an interview. “‘Not by me.'” The court papers expanded on this: “I did not begin to paint on canvas until late 1979,” he wrote. “(Before that, I had done some pencil and ink drawings on paper) … If I had painted that painting when I was 16, I would admit it.” The case continued.

The judge awarded sanctions for all legal action after May 7, 2014, after which point they “should have known that their claims were meritless and stood no chance of success.”