Photo London returns for its third edition with a swagger this year, confidently asserting its position as a premier international photo event. Like it or not, it has become the event around which all photography in London now revolves, and in this edition, it goes someway towards justifying its gravitational pull. 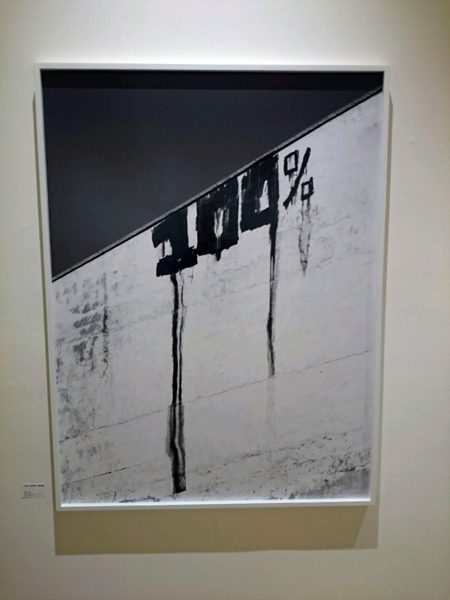 This year’s success is in large part due to a better sense of equilibrium between the blue-chip and the emerging, the classic and the innovative. Whereas in previous editions it felt there was some macho posturing by the establishment, this year’s edition feels more at ease with itself. A clearer layout and an expanded discovery section contribute to this sense, the former the result of a curatorial committee headed by Philippe Garner, Head of Photographs at Christie’s, and the latter curated by Tristan Lund. The space flows as a result, with a far better sense of progression through the gallery nooks. The 89 galleries participating, now including leading contemporary galleries like Victoria Miro and Spruth Magers, were all briefed to showcase early photographic gems, new work by established masters and work that signals new directions in the development of the medium. Some are able to draw on their roster better than others in meeting this brief, but the organisers’ willingness to create an experience for the visitor as well as the buyer is welcome.
Walking through the corridors Robert Morat gallery again comes closest to displaying the contemporary in the established gallery wings. Besides featuring current toast of the moment Peter Puklus, there is new work by Marten Lange, which is interesting if not his strongest, and wonderful new images by Andrea Gruetzner, a now annual pleasure at this booth. 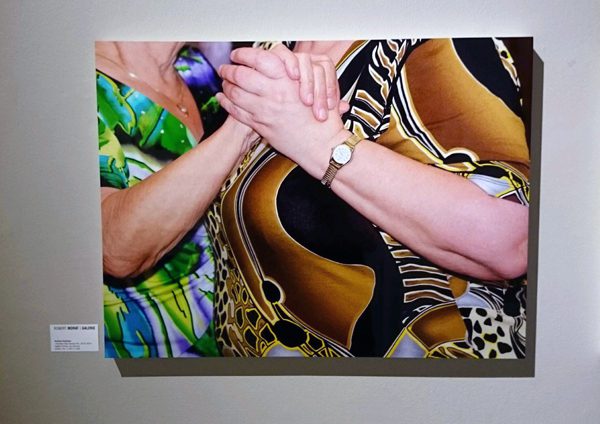 Klemm’s, a Berlin gallery had some interesting work bridging the old with the new. Though I don’t know how or why I liked them, Adrien Sauer’s skyscapes had a strange impertinent allure. Also showcased are some nice vintage prints from Jan Groover, but the real joy, at the back of the space, were works from Gwenneth Boelen’s ‘While Weaving a Liar’s Cloth’ series.   Boelens uses electroconductive and reflective fibres to weave a cloth, inspired by a West African pattern of the same name that originated during the Ashanti Empire. Boelens then makes a tapestry based on this pattern from a material used in radio antennas, heating elements, and electromagnetic shielding, before exposing it as photograms in a darkened room. As cerebral as that all sounds, it’s wonderful work. 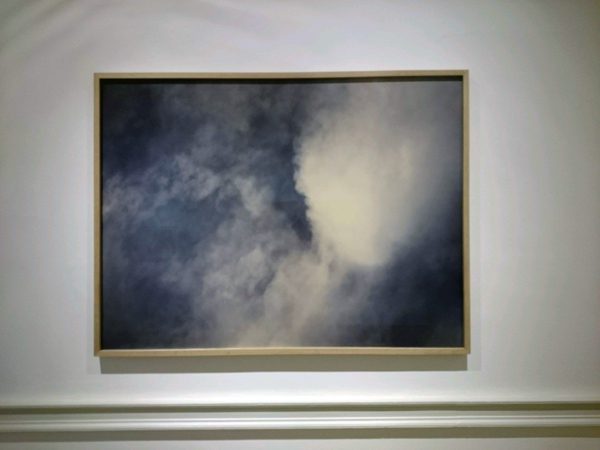 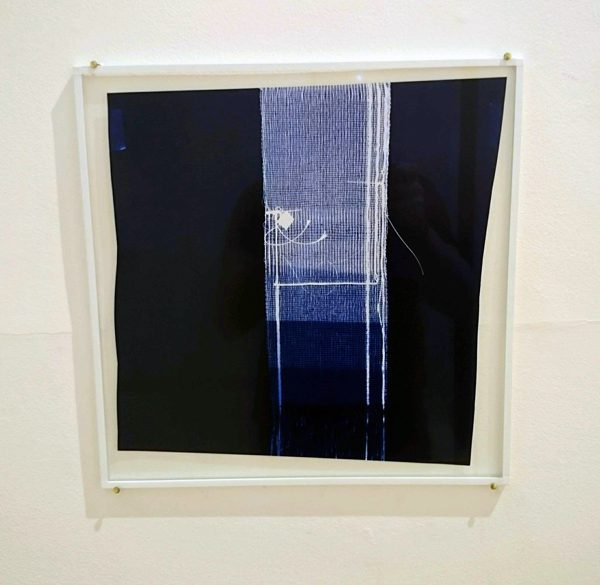 As with last year, Galerie Thomas Zander is doing it for the classic with a huge wall of Friedlander work from his ‘Chain Link’ series. It’s great, obviously. 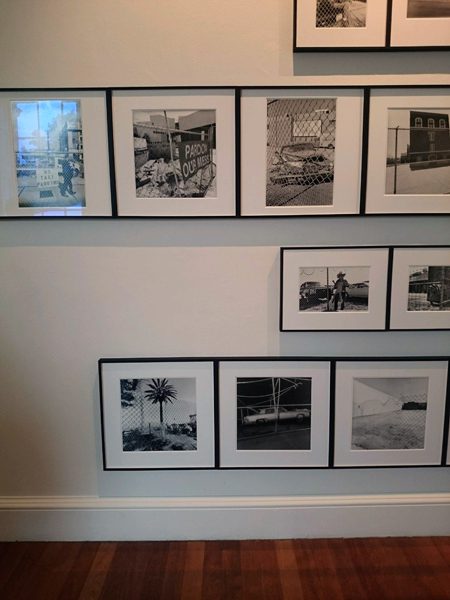 Stephen Gill’s has moved to the sticks in Sweden and his new pastoral work retains some of the grittiness and poetry that characterised his urban imagery but sees the artist applying it to an occasionally mythic landscape. Some of this is on display at Christophe Guye. 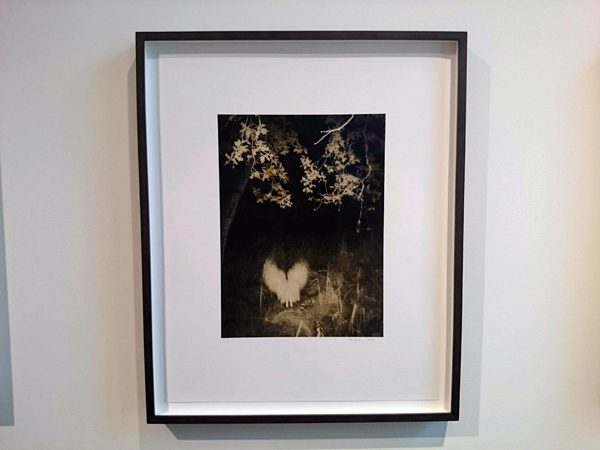 The Discoveries section features younger galleries that showcase both new and established works. The layout is much clearer and less cramped this year. NextLevel focus on the work of Liz Nielsen, whose abstract works mounted on wood is bright and dynamic. They suffuse the space with a warm glow. 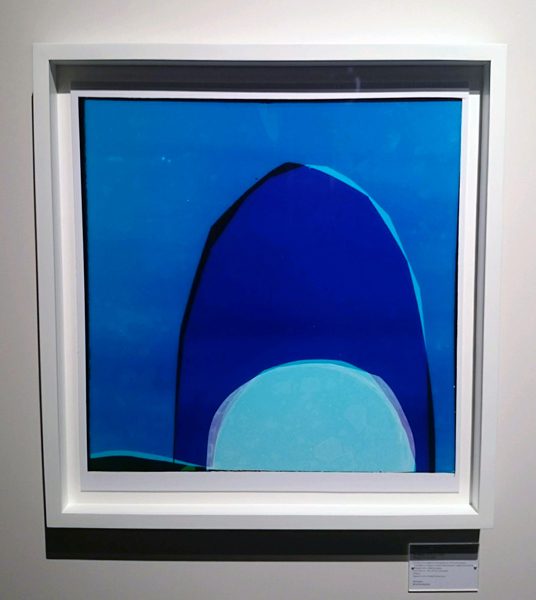 At the back of the space, by the entrance to a disappointing Taryn Simon installation, Large Glass gallery display some interesting early landscape work by Peter Fraser alongside the gentle charm of Cesare Fabbri’s superlative, meditative observations. 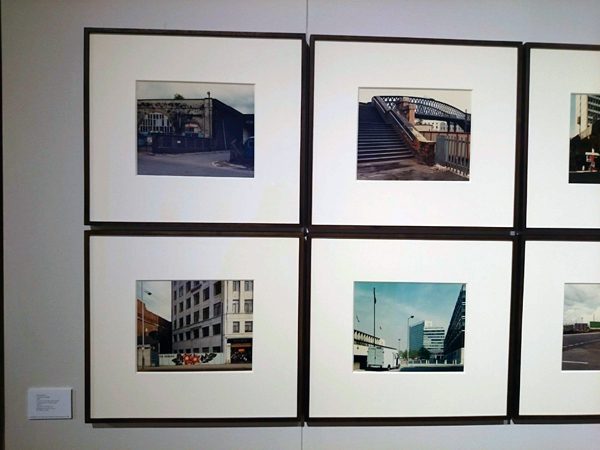 So this year is a good year for Photo London, balancing well the needs of commerce with that of footfall,  and doing so in a way that is generous and celebratory of, the form.