A Picasso self-portrait belonging to the Las Vegas casino-boss Steve Wynn has been seriously damaged ahead of a Christie’s sale. It has been withdrawn from the auction, where it was estimated to sell for $70m.

The damage happened on Friday “during the final stages of preparation,” a Christies spokesperson said.

This is not the first time a painting by the 20th century master owned by Mr Wynn has been damaged. In 2006, the billionaire accidentally tripped and struck the canvas piercing Picasso’s 1932 “Le Reve.” with his elbow. The work of art was restored and went on to sell for $155 million. It is currently on display at Tate Modern in the Picasso 1932 – Love, Fame, Tragedy exhibition. 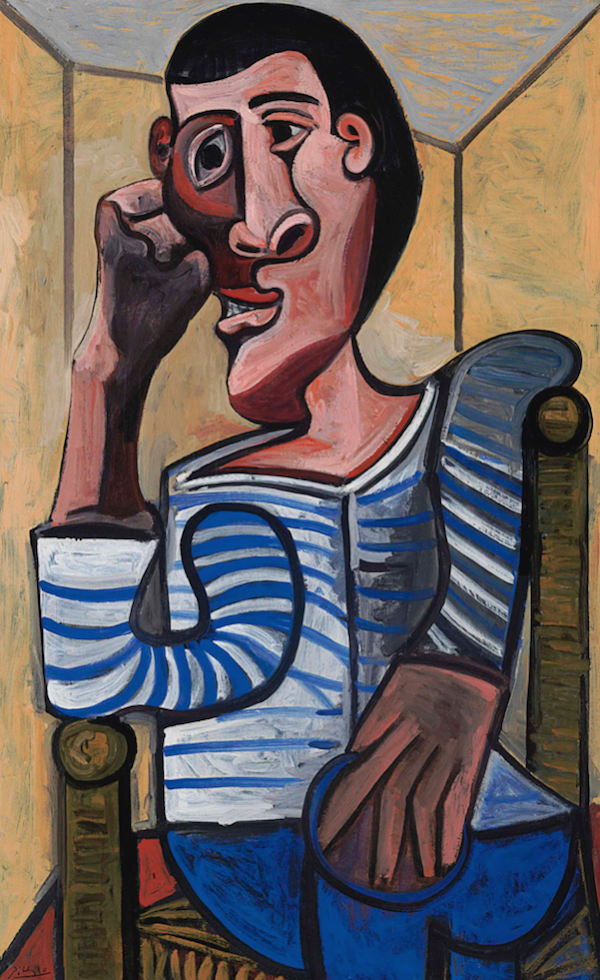 Wynn a chum of Donald Trump has recently been accused by dozens of women alleging decades of sexual misconduct. – Lovely guy!

The 1943 Picasso portrait at the center of the lastest  accident is titled “The Marin” or “The Sailor”. It had been touted as a highlight of Christie’s Marquee Impressionist and Modern evening art sale.

“After consultation with the consignor today, the painting has been withdrawn from Christie’s May 15 sale to allow the restoration process to begin,” it added.

“This is a very, very special Picasso that I’ve been trying to get forever basically,” Loic Gouzer, co-chairman for postwar and contemporary art at Christie’s

Christie’s had released on their website a statement on the matter earlier on Sunday:

Pablo Picasso’s Le Marin (The Sailor) was accidentally damaged Friday during the final stages of preparation for Christie’s May 12-15 exhibition. Two outside conservators have now been consulted and have made recommendations for the successful restoration of the painting. After consultation with the consignor today, the painting has been withdrawn from Christie’s May 15 sale to allow the restoration process to begin.

Christie’s has a very high standard of care for the objects entrusted to us and we have taken immediate measures to remedy the matter in partnership with our client.

The auction house gave no further details on the incident or the extent of the damage.

Visit Picasso At Tate Until September