Galerie Thaddaeus Ropac (London, Paris, Salzburg) have announced that they will represent the estate of the late Pop Artist James Rosenquist Estate based in New York. This will be a worldwide representation prompting speculation that Ropac may very well open a New York gallery.

‘The James Rosenquist Estate is said to have long appreciated Thaddaeus’ enthusiastic commitment to Jim’s work. Their friendship was a strong one and we are happy to see it continue in this way. Jim’s work and legacy are in great hands.’ (Mimi Thompson Rosenquist, Board Director) 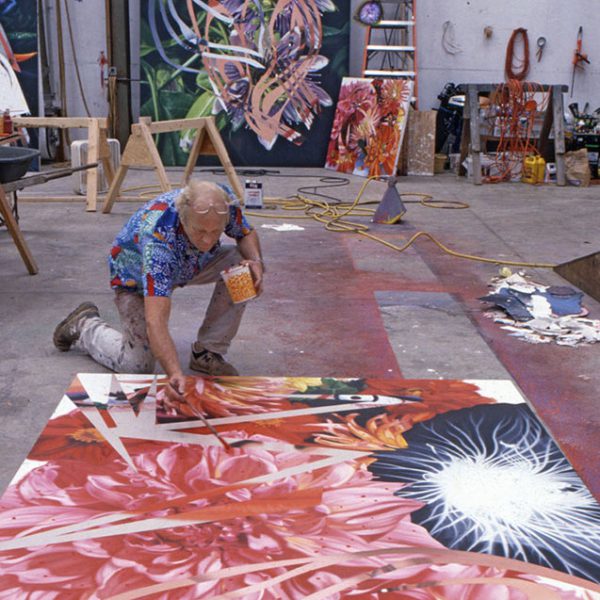 ‘Ropac’s longstanding experience with Rosenquist’s artwork has contributed to an enduring partnership, first with the artist’s studio and now with the estate.’ states Sarah C. Bancroft, co-curator of the major retrospective of James Rosenquist’s works at the Guggenheim Museum in 2003 and subsequently Vice President & Director of the James Rosenquist Studio.

‘It is both an honour and a joy for us to work closely with the James Rosenquist Estate on the legacy of such an incredible artist. Not only was he one of the greatest American artists of all time and a pioneer of Pop Art, he was also a dear friend. In the last 25 years we were able to mount several memorable exhibitions, notably Singapore in 1997 in Paris, curated by Thomas Krens, then director of the Guggenheim Museum, and last year the survey show Four Decades 1970-2010 in Paris Pantin.’ (Thaddaeus Ropac).

Ropac recently launched a brand new gallery space in London. The gallery is located at Ely House in Mayfair, a historical five-floor 18th-century mansion being sensitively restored by New York-based architect Annabelle Selldorf. The gallery will be inaugurated with a series of four separate exhibitions in the ground and first-floor galleries: Since its foundation in 1983, Galerie Thaddaeus Ropac has specialised in international contemporary art representing around 60 artists as well as several renowned estates.

A major retrospective of James Rosenquist, Painting as Immersion, will take place at the Museum Ludwig, Cologne, Germany, in November 2017.