A Landscape painting depicting an arch bridge thought to be the work of one of Rembrandt’s students, Govert Flinck, has been attributed to the master himself.

“Landscape with Arch Bridge “was acceded into the Berlin collections in 1924, and up until the 1980s, it was always considered an original work by Rembrandt Harmensz. Van Rijn. In 1989, in the course of the investigations carried out as part of the Rembrandt Research Project, it was written off as a work by Govert Flinck. More recent studies and analyses utilising imaging made with technology that was not available have now definitively confirmed that the work is a genuine Rembrandt.

“Landscape with Arch Bridge “will now round off the significant Rembrandt collection at the Gemäldegalerie, comprising 20 works. In addition, from 8 April 2022 will be featured in the special exhibition David Hockney – Landscapes in Dialogue: The Four Seasons from the Würth Collection on Display in Berlin. 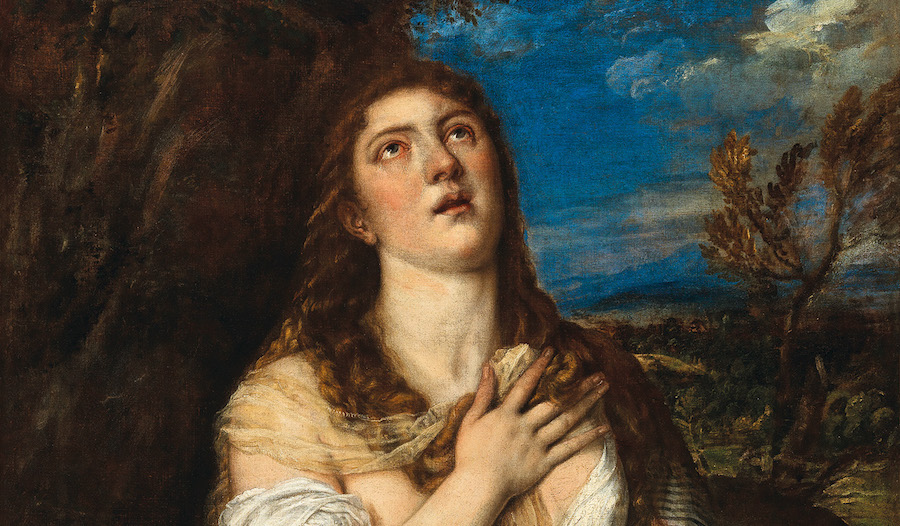 Titian Penitent Magdalene Painting To Be Auctioned In Vienna

A missing painting by Titian, which has recently been rediscovered, will lead Dorotheums sale of Old Master Paintings on 11 May 2022.

The masterpiece was once part of the celebrated collections of Christina, Queen of Sweden (1629-1689), Philippe, Duke of Orléans (1674-1723), and most probably Holy Roman Emperor, Rudolf II. Finally, it will be offered for sale at auction for the first time in over 150 years. 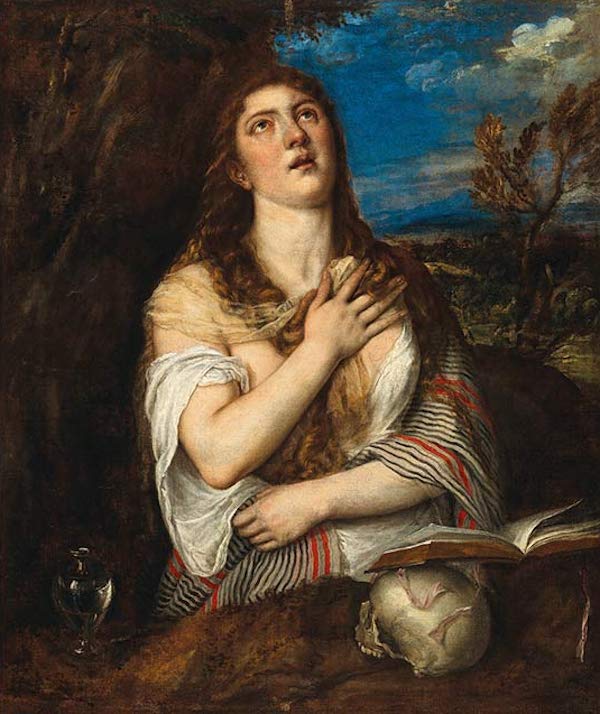 The Penitent Magdalen was Titian’s most successful and frequently requested subject. Demand for paintings of the saint continued for more than forty years, during which time the artist subtly altered and revised the composition. Much academic research has been devoted to the study of Titian’s Penitent Magdalens, and this painting, for sale at Dorotheum, was considered lost. Its rediscovery has revealed a work of extraordinary quality, and it is a significant addition to Titian’s oeuvre.

The Dorotheum version, a highlight of the Old Master paintings auction on 11 May 2022, has a distinguished provenance, having been part of the most significant art collections ever assembled, including those of Christina, Queen of Sweden and Philippe II, Duke of Orléans. It is most probable that this painting was originally in the collection of the Holy Roman Emperor Rudolf II in Prague and came to Sweden after the Sack of Prague in 1648 at the end of the Thirty Years War.

This painting was in the celebrated collection of the flamboyant Christina, Queen of Sweden. At 28, she abdicated her throne, converted to Catholicism, and moved to Rome, taking her works of art and her Italian paintings, probably including this picture, with her. In Rome, Christina became one of the patrons of the most excellent and most respected arts. After her death, the painting was acquired by the Regent of France, Phillippe II, Duke ofOrléans. Apart from the tremendous historical royal and public collections of Europe, his was arguably the greatest and most famous collection of western art ever assembled, particularly in Italian paintings.