The Richard Avedon Foundation have set their lawyers to work by calling on Spiegel and Grau, an imprint of Random House, to cease publication, distribution or any derivative or collateral use of Avedon: Something Personal, by Norma Stevens and Steven M.L. Aronson, which it is billing as an “intimate biography” of the late photographer.

“All photographs are accurate. None of them is the truth.” – Richard Avedon

After careful review, the The Richard Avedon Foundation has identified significant issues with the book. First, it has been written under false pretenses – Avedon: Something Personal contains substantial sections that are taken, with only light editing and rewriting, from an unfinished work of fiction that Richard Avedon had been writing prior to his death in collaboration with author Doon Arbus. Second, the book is filled with countless inaccuracies. 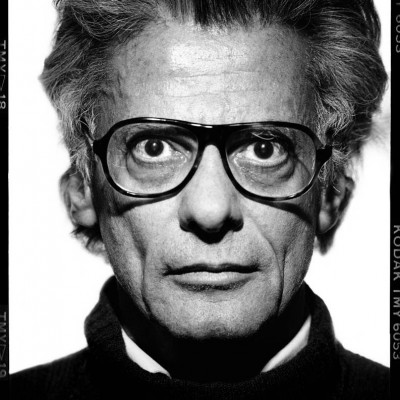 James Martin, the Executive Director of the Foundation, states “Spiegel & Grau should suspend marketing the book pending a review of its contents in cooperation with the Foundation. Much of the book needs to be corrected or retracted, if not entirely disavowed and discontinued. Without correction, this book is a huge disservice both to Avedon and those who are genuinely interested in his life and work.”

Remarkable Similarities to “An Unauthorized Autobiography”
For years prior to his death in 2004, Richard Avedon had been working on a novel in collaboration with his longtime writing partner, Doon Arbus, which was never finished or published, and was conceived as a work of fiction. The working title of the unfinished novel, “An Unauthorized Autobiography,” used certain details from Avedon’s actual life as a means of creating fictional stories that deliberately blurred fiction and fact as an integral part of the storytelling.

“Though unfinished, the novel was very much a corollary to his work as a portraitist, because at its heart it was about how people tend to blur fact and fiction in presenting themselves to the world.” The shocking thing,” said Martin, “is that Stevens appears to be lifting various stories out of this fictional work, lightly editing and rewriting them, and then presenting them as both her own work and as biographical fact.”

“As I began reading the Stevens/Aronson book I quickly developed the sense that I had read large parts of it before,’ said Martin. “Then it struck me that immediately after Avedon’s death in 2004, I was charged with packing up a section of his files. I came across a box of drafts of manuscripts (including what appeared to be accompanying audiotapes) that Avedon had been writing, and I read through them. The stories seemed to be autobiographical in nature, though it was clear that they were also fabrications, rather like historical fiction. Many of the stories were told repeatedly with different details and different outcomes. At the time, I asked Ms. Stevens how she wanted me to pack up the box in the section. She took the box from me and put it under her desk. I had always assumed that she had packed it up herself and that it had made its way over to the Richard Avedon Foundation, but after an exhaustive search over the last few weeks, this particular box appears to be missing. I suspect I now know where it is.”

The Foundation retains enough other material from the project to match it up against Something Personal. Many of the anecdotes from Avedon’s earlier life can be matched back to “An Unauthorized Autobiography.”

Exaggerations and Fabrications
Beyond the material from Avedon’s own novel, the book contains an overwhelming number of factual errors and lies. “The lack of fact-checking is outrageous because it’s so willful,” says Martin. “For the record, I long ago offered to fact-check for Stevens, with whom I worked for years, and she refused. I guess her desire and need to falsify and sensationalize was too powerful. I have spoken with many former colleagues and assistants going back to the 1960s, including people interviewed in her book, and none of us can believe the extraordinary liberties Stevens took in creating this so-called biography. Many can’t believe the words that she put into their mouths.”

Some of the most obvious falsehoods include:

· On Page 8, the book claims that Avedon said to Norma Stevens and her husband: “Did I ever tell you that Dorian [Leigh] and I won first prize in a Charleston contest at the Tavern on the Green when we were kids? Actually I was twenty-nine and leaving the next morning on my honeymoon with Evelyn. FACT: Avedon married Evelyn when he was 27 in January of 1951, leaving immediately for his honeymoon. The dance contest was held in the summer.

· On page 14, Stevens states unequivocally that “In 2004 I was at his [Avedon’s] side when he left this world.” FACT: Only Avedon’s immediate family was at his side in San Antonio when he died. Stevens was in New York City with the rest of the Avedon Studio employees.

· On page 27-28, Stevens writes that on the eve of his 1974 MoMA show, “at around 2 a.m. he [Avedon] experienced severe chest pains. He managed to get himself to the emergency room at New York Hospital. The diagnosis was pericarditis….During his five week hospital stay, Dick was heartened by some highly positive reviews.” FACT: Avedon was not hospitalized for five weeks with pericarditis. Though he canceled a few assignments, he was up within days, and flew to Montana on May 17, 1974.

· On page 160, regarding Avedon’s work being continuously published in Harper’s Bazaar, Stevens and Aronson state: “For two decades, the Bazaar was Dick’s editorial showcase (and from it, all things commercial flowed). Not a single issue of the magazine went to press without a photograph by Avedon.” FACT: During the described time period, there are many issues of the magazine that contain no photographs whatsoever by Richard Avedon, including July of 1948, January of 1949, March of 1950, May of 1960, March of 1964, and March of 1965, among others.

· On page 8, the book describes an evening in Paris in 1972 when Ms. Stevens and her husband allegedly ran into Avedon at the Ritz. According to Stevens, Avedon, who at the time Stevens barely knew, turned to her and said “I just bought a carriage house way over east on Seventy-fifth Street that I’m going to make into my new studio….I’m planning to live there, too….I’m running away from home….Only I haven’t told her [my wife] yet. What do you think I should say?” FACT: Avedon bought his Seventy-fifth Street studio in 1970 and was photographing and living there by early 1971. His wife already knew.

· On page 203, the book states that, “Over six years, Dick photographed his father relentlessly. The sittings were fraught. And there were as many as fifty of them…” FACT: Richard Avedon did exactly six portrait sittings with his father.

· On page 551, Stevens recalls a trip to Doha in 2000 with Avedon to photograph Sheik Saud Al-Thani and his wife. Stevens states that James Kaliardos, who was in attendance to do hair and makeup, whispered to her regarding the Sheik’s wife, “She looks like a Kardashian.” FACT: This incident occurred a full seven years before Keeping Up with the Kardashians debuted — and nobody then knew who the Kardashians were.

· On page 209-210, the book states “when, early in 1978, his friend Alfred R. Stern…approached him about an investment opportunity, Dick saw it as a potentially paying dividends on his health as well…”it” consisting of 35,000 acres that made up the fabled Bar 7 Ranch in Ennis, Montana….He told Al, “Count me in.” FACT: Avedon was a part-owner of the Bar 7 Ranch by early 1970.

“The book is engulfed with many such errors of fact,” says Martin. “It all needs to be fixed, and it’s going to take a lot of effort to do it. It will require the cooperation of the publisher for certain. But like any other media company, they have an obligation to set the record straight and to do so quickly.”

Born in New York in 1923, Richard Avedon dropped out of high school and joined the Merchant Marine’s photographic section. Upon his return in 1944, he found a job as a photographer in a department store. Within two years he had been “found” by an art director at Harper’s Bazaar and was producing work for them as well as Vogue, Look, and a number of other magazines. During the early years, Avedon made his living primarily through work in advertising. His real passion, however, was the portrait and its ability to express the essence of its subject.

As we know this will only fuel the fire and sell more books:  Buy here