It wasn’t the billion dollar sale that Christie’s optimistically predicted but it was an evening of fierce bidding and record prices for both Matisse and the stalwart of Impressionism Monet. The single collection sale could still top the $1b mark as it continues until Friday.

The Collection of Peggy and David Rockefeller totalled $646.1 million in the first evening sale

A Rose Period Picasso with blue background lead the way from The Collection of Peggy and David Rockefeller which totalled $646.1 million in the first evening sale of the series. The opening evening sale of works from The Collection generated huge international interest, which resulted in new world auction records being set for a number of the most revered artists of the last 150 years. The top price of the sale was achieved with Picasso’s Fillette à la corbeille fleurie  from 1905.

The Picasso canvas, one of the first paintings to be bought by Leo and Gertrude Stein, became the most expensive Rose Period work at auction when it was bought for $115,000,000 (including commission).

Collected by successive generations of the Rockefeller family, the 44 stellar works by Delacroix, Monet, Gauguin, Matisse, Gris, Picasso, Miro, and other greats of the 19th and 20th centuries realised $646,133,594 / £476,148,559, with every lot sold. All Estate proceeds from this auction and the other sales in the series will benefit selected charities that Peggy and David Rockefeller supported in their lifetime.

Bidders registered from 34 countries across five continents, and the tone was set with the opening lot of the night, Pablo Picasso’s Pomme, which sold for $3,972,500 after a contest between nine bidders. This 1914 work on paper was a Christmas gift from the artist to Gertrude Stein and Alice B. Toklas, and was one of a group of pictures from their pioneering collection to be acquired by Peggy and David Rockefeller in 1968. It was followed by La table de musicien  by Juan Gris, which achieved a highly impressive $31,812,500.

The first world auction record for an artist came when Eugène Delacroix’s Tigre jouant avec une tortue  (1862) cruised passed the previous mark of $7,762,290 (set in 1998) before selling for $9,875,000. This was immediately followed by further records for Corot’s Venise, vue du Quai des Esclavons, which sold for $9,009,844, comfortably eclipsing the previous record for the artist, and for Armand Seguin’s Les délices de la vie, a four-panel screen painted in circa 1892-93, which achieved $7,737,500 — more 20 times the mark set in 2007 — after a prolonged bidding battle.

The atmosphere then intensified as Gauguin’s La Vague, a work described as ‘one of the most original seascapes in Western art’, was offered to a packed saleroom. The 1888 painting, which was made on the beach at Le Pouldu in Brittany, went on to realise $35,187,500. 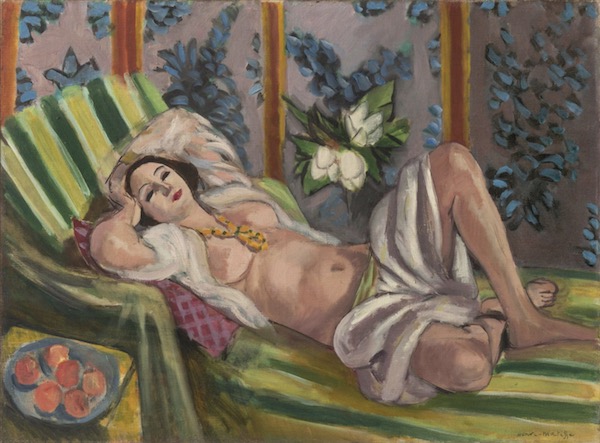 The depth of the bidding in the room and on the phones was testament to the taste, connoisseurship and standing of the Rockefeller family. Georges Seurat’s La rade de Grandcamp (Le port de Grandcamp), a founding work of the Neo-Impressionist movement bought by Peggy and David in 1955, realised $34,062,500. Minutes later, Paul Signac’s 1888 oil on canvas Portrieux. La Comtesse (Opus no. 191)  got close to the previous record, set at Christie’s in 2007, before selling for $13,812,500. 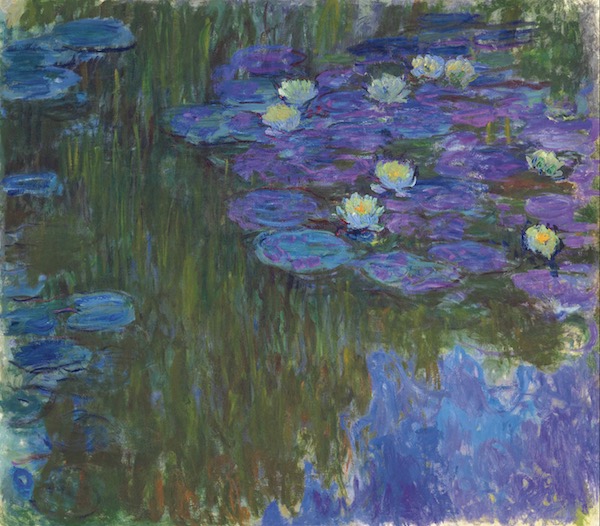 French master; bidders competed for almost 14 minutes before the stunning Monet, which hung in the stairwell of one of the Rockefellers’ homes, sold for $84,687,500

A new world auction record for a work on paper by Edouard Vuillard was set with Les rues de Paris, panneaux pour Henry Bernstein: Seconde série, La Place Vintimille, before this history-making sale concluded in fitting fashion, with a world auction record for a work by Giorgio Morandi, a contest for Joan Miro’s Mural I, Mural II, Mural III, which was won with a final price of $20,000,000, and Odilon Redon’s Fleur, which set a world auction record for the artist.
‘It is challenging to express in words the many emotions our family is feeling as we celebrate the opening night of this sale week devoted to The Peggy and David Rockefeller Collection,’ said the couple’s son, David Rockefeller, Jr., in a statement. ‘Chief among them is pride and gratitude.’