The Piccadilly Art Takeover is a partnership between the Royal Academy of Arts and Art of London along with Westminster City Council and the Mayor of London.

This gallery without walls launches the Art of London Summer Season

The works are on view at the Piccadilly Art Takeover until 31 August 2021, in the area around Piccadilly which will be transformed with 30 hanging flags and 13 pedestrian crossings – the most art crossings in one place ever in the UK.

Regular takeovers of the 780 sqm Piccadilly Lights will also take place weekly – for the first time, audiences will be able to access and participate in a special Augmented Reality 10-screen experience and audio sync via their mobile phones.

This gallery without walls launches the Art of London Summer Season, which sees a 3-month programme of activity celebrating art in every form across the West End, including the Augmented Gallery, several Pop-Up Exhibitions, new additions to the Scenes in the Square statues trail and more to be announced soon.

The colourful installations site specific for the Piccadilly Art Takeover also form part of the Let’s Do London campaign, a £7m initiative launched by the Mayor of London, Visit London, Transport for London and the tourism industry.

MK Gallery in Milton Keynes is to bring together over 160 works by the trailblazing 20th century English artist Laura Knight to stage the largest exhibition of her work in over half a century, set to open this autumn.

A celebrity in her lifetime, Laura Knight pushed the boundaries for female artists in the 20th century. The crowdfunding campaign, which launches today through the Art Fund’s fundraising platform Art Happens, aims to raise £10,000 to put Knight’s pioneering work back in the spotlight and unite over 160 paintings and drawings in public and private collections across the UK, from Dundee to Brighton, Hull to Cardiff, many of which have never been on public display.

Laura Knight was one of England’s most popular and prolific artists, a radical painter of women, war, and marginalised people with a long career that saw her become the first woman elected a member of the Royal Academy of Arts and the first female artist to be made Dame of the British Empire.

The exhibition Laura Knight, A Panoramic View will survey Knight’s career spanning almost a century – from her fascination with the backstage world of ballet and the theatre and colourful portraits of everyday life, to her depictions of racial segregation in America and powerful commissions created as an official war artist during the Second World War. It will bring together works from diverse museums and collections large and small across the UK, including the British Motor Museum, the British Postal Museum, Cadbury’s Archives, the Royal Shakespeare Company, Royal United Services Institute for Defence and Security Studies, and the National Archives. 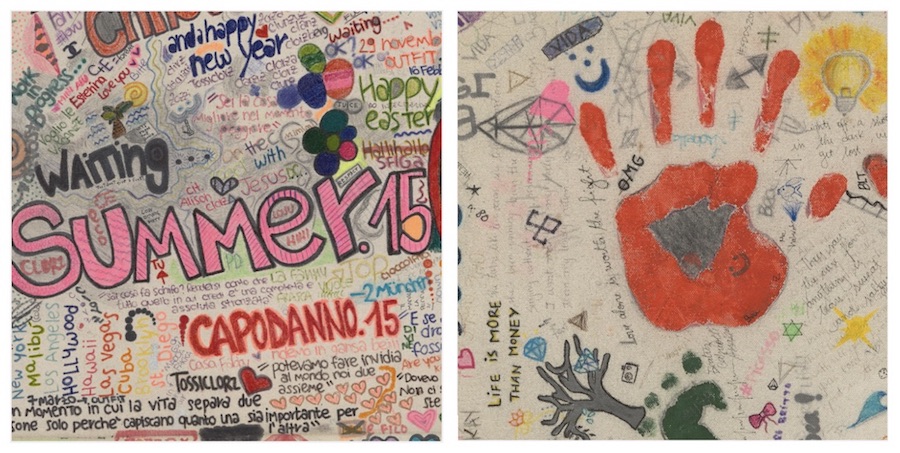 The Turner-prize-winning artist Oscar Murillo returns to his secondary school in Hackney, London to present a deep dive into his immense Frequencies project.

Frequencies began in 2013 in a few schools in Colombia. Over the course of a term, students aged 10–16 marked blank canvases fixed to their desks with doodles and drawings, names of friends, sports teams and celebrities, hearts, logos and skulls.

Since this first experiment, Murillo, together with political scientist Clara Dublanc, has taken the project to 350 schools in over 30 countries. For the first ever presentation of the entire Frequencies archive, Murillo and Frequencies Foundation are taking over the school’s sports hall to create a huge installation of over 40,000 canvases in stacks, on tables, and on screens.

Other unique features of the exhibition will be specially selected displays by sixth formers and invited guests, new works by Murillo, and a large video wall showing close-ups of the canvases. At the centre of the sports hall, Murillo has designed an open area called the ‘Agora’ where visitors can take a closer look through the canvases, meet, talk and attend events and interactive workshops. A programme of events will be announced shortly.