The Royal Academy’s radical extension of its premises including some splendid new RA exhibition spaces and an imposing new lecture-theatre excites me, but also generates some doubts and mixed feelings.

The first thing to say is that the conversion and extension have been done with a skill and subtlety that excites my warmest admiration for Sir David Chipperfield, the architect responsible. Chipperfield is himself a Royal Academician, and he has done his colleagues proud. In a modest statement that formed part of the publicity bumf handed out at the opening, he says that he and his firm “proposed a series of small architectural interventions that have a large impact on the provision of facilities and programmatic ambitions.” One notes the adjective ‘small’. In fact, the practical impact is massive. As Sir David himself claims: “The creation of a new entrance and connection between Burlington Gardens and Burlington House unlocks a part of the city and integrates the RA with the culture of daily life.” 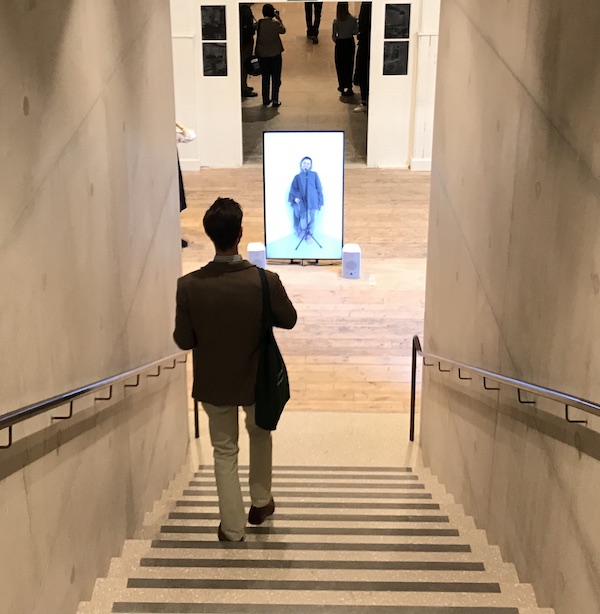 It seems likely that one primary effect is likely to be a much closer integration between the Academy’s function as a teaching institution – the Royal Academy Schools – and its role as a major space in the very centre of London for exhibitions offering top quality art: art of our own time, and also masterpieces from earlier epochs.

At this point, however, some doubts set in.

Recently the R.A., a semi-private institution with no direct funding from the government, has tended to outgun its privileged official competitors: the two London Tates, and even on occasion the grandest grandee of them all, the British Museum. Its exhibition programme has been, under the guidance of its Secretary and Chief Executive Charles Saumarez Smith, and its artistic Director Tim Marlow, notably more flexible and without the faint reek of self-righteousness that has tended to dog exhibition policy at both of the Tates. In particular, no hint of the insistent virtue-signalling that has marked some recent Tate enterprises. “Oh, look at us – what GOOD right-thinking little kitties we are!”

Where direct comparison has been possible – for example between the two fairly recent exhibitions given to the Chinese dissident Ai Weiwei – the R.A. has had much the better of it. Tate Modern was first off the mark with a show in 2010. It offered a huge installation in its main space, the Turbine Hall – a big spread of imitation sunflower seeds, painstakingly made in Jingdezhen, which is the traditional centre for the Chinese porcelain industry. The idea was that the public would be allowed to trample gleefully over these, but the organisers soon changed their minds and the installation was fenced off immediately after the opening. However, there was, in addition, a lot of supporting material- the seeds weren’t the be-all and end-all. The R.A. offered nothing quite so spectacular with their more comprehensive retrospective in 2015, wrongly advertised as “the artist’s first major show in Britain”, but this did offer a more nuanced view of the artist’s activity. 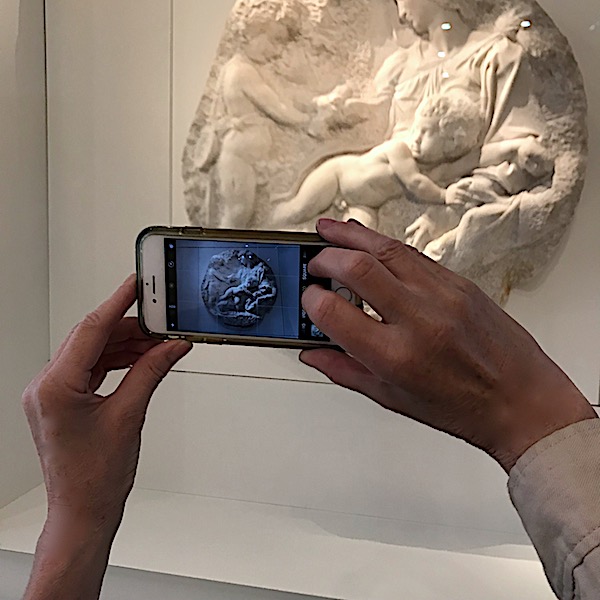 The rest of the new spaces are more impressively used – a real Michelangelo is in evidence -the famous Doni Tondo, properly displayed at long last – and an equally real fragment of Ancient Greek marble. Plus a full-sized, rather depressing near-contemporary copy of Leonardo’s Last Supper, some casts after the antique and an array of work by distinguished R.A.’s dead and gone, Turner and Constable conspicuous among them.

A series of galleries is used to display work by Tacita Dean (53) the youthful darling of the British cultural establishment. Dean currently has three exhibitions on view at major London non-commercial galleries – still life at the National Gallery, film portraits at the NPG, and landscape at the R.A. This seems like overkill. I haven’t seen the National Gallery and NPG shows, but I suspect the R.A, show is the best of the three. Nearly a knock-out, but alas not quite.

Looming on the horizon at the R.A., but not till 2020, is a solo show in all its grandest spaces – those occupied previously by Ai Weiwei – devoted to work by the conceptual and performance artist Marina Abramovic, who is an Honorary R.A. It follows her exhibition at the Serpentine Gallery in 2014 and, before that, her show at the Museum of Modern Art in 2010. In both of these, the chief exhibit was the artist herself.

Confronted with a surfeit of Tacita Dean, one feels a temptation to murmur under one’s breath: “Enough, already..” With Abramovic, it seems quite likely that both I and others will want to shout the same phrase out. 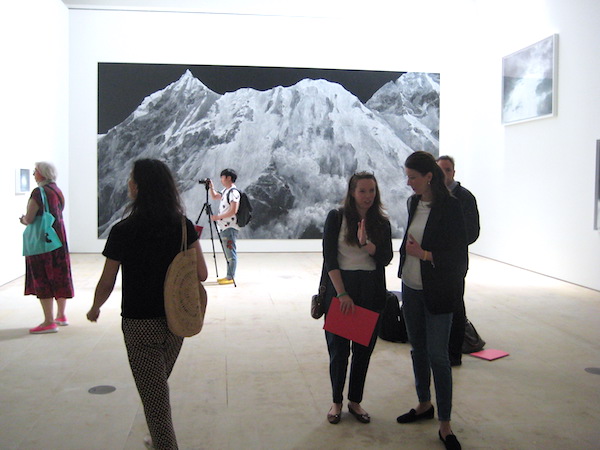 Tacita Dean At the Royal Academy

Celebrate the opening of the new RA at a free weekend-long art party with workshops, tours, displays and late-night performances and DJs.

This weekend 19—20 May 2018 creativity marks the opening of a transformed RA, with free displays of art and architecture all across our new cultural campus, designed by David Chipperfield RA.

‘Rainbows’ by Sarah Kate Wilson
Interactive piece, performed on this occasion with Beata viscera iridis, an arrangement of Pérotin’s Beata viscera for London based choir Musarc by Piper Haywood and Toby O’Connor.
15 minute performances between 2pm – 5pm, Saturday only

Drop-in 11am – 3pm, all weekend
Architectural model making
Create your own paper model with artist Seb Harding. Seb will be leading a hands-on 3D workshop celebrating the iconic architecture of the Royal Academy.

Flying flags
Celebrate 250 years of the Royal Academy of Arts by designing your own flag to fly in our Courtyard.

Art party hats
Make your own bright and glittery party hat to wear throughout the day and join the art party celebrations.

Printmaking
Have a go at relief printing in our new Clore Learning Centre. Design a print inspired by artworks in our Collection and take home your own original artwork.