The Royal College of Art (RCA), London, has been ranked the number 1 university for art & design internationally for the 8th consecutive year according to the QS World University Rankings by Subject 2022 – the most significant worldwide survey of academic and industry opinion. The latest results demonstrate the College’s reputation by scoring 100% (2021: 100% ) for academic reputation, and 96.1% (2021: 96.2%) for employer reputation.

“This year – our 185th anniversary – will see us open our new campus in Battersea, an essential step in the RCA’s evolution into a new kind of design-focused postgraduate university. Traditional arts and humanities disciplines sit side by side with specialist lab facilities for computer science, material science, and robotics researchers.

“As we speak, the cross-disciplinary work of our students and staff is tackling global challenges such as ageing populations, sustainability, rapid urbanisation and artificial intelligence. We’re proud to be the launchpad for the world’s creative leaders working at the intersection of art, science and technology.

“We’ll continue to invest and innovate to keep our students and us at the forefront of global creativity.”

The RCA leads the table of around 100 of the world’s top universities for the study of art and design, ahead of much larger institutions around the globe, including Stanford University and Massachusetts Institute of Technology and extensive art and design providers, such as Parsons and the New School University in New York.

The RCA started life in 1837 as the Government School of Design. Granted a Royal Charter and university status in 1967, today, the RCA remains the most influential art and postgraduate design institution. It has also invested in research and knowledge exchange that informs and inspires a new generation of visionary practice in the creative industries. This year the RCA launched its new Masters programmes, which allow a flexible approach to study over one year.

A pair of notebooks created by Charles Darwin in the 1830s stolen 22 years ago from a Cambridge University Library have been returned in good condition to the institution.

The leather-bound books containing the scientist’s original “tree of life” sketch are thought to be worth millions of pounds. “I feel joyous,” the university’s librarian Dr Jessica Gardner revealed. The books were left anonymously in a pink gift bag in a part of the Library that CCTV did not cover. The inner brown envelope was inscribed “Librarian, Happy Easter X.”

“I was shaking,” says Dr Gardner of her reaction to seeing the bag and its contents for the first time on 9 March. “But I was also cautious because until we could unwrap them, you can’t be 100% sure.”

“There have been tears,” says Dr Gardner sheepishly. “And I think there still will be because we are not over the emotional rollercoaster. It means so much to us to have these homes.” “I was heartbroken to learn of their loss and my joy at their return is immense.”

The notebooks were created after Darwin had returned from the Galapagos Islands. Twenty years before, they would become the keystone to his theories On the Origin of Species.

Few artists have expressed such a depth of range in their artistic practice as Philip Guston, whose work spanned Depression Era murals to the heights of Abstract Expressionism in the 1950s to a later figurative resurgence that showcased his unique perspective. In Nile, Guston’s incredible sensitivities to composition are on full display. The painting is a landmark achievement during the greatest period of transformation in his career and the evolution of post-war abstract art.” – Michael Macaulay, Sotheby’s Senior Vice President, Contemporary Art. 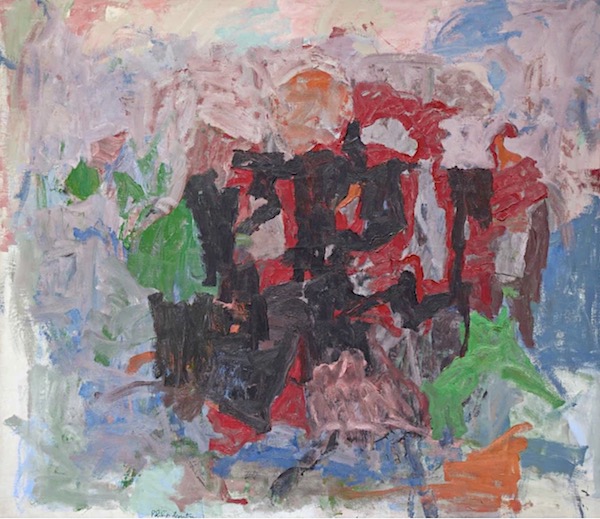 NEW YORK, 4 April 2022 – Making its first public appearance in four decades this Friday at Sotheby’s New Bond Street galleries in London, Philip Guston’s Abstract Expressionist masterpiece Nile from 1958 represents a monumental work, the pinnacle of Guston’s abstract practice. It is among the small group of works that established Guston’s reputation as one of the premier artists of 20th-century art. Coming to auction for the first time this spring in Sotheby’s Modern Evening Auction, Nile will be offered in tandem with several other exceptional works from the artist later, an extended period in the Contemporary Evening Auction, marking a significant moment for the market to celebrate the artist’s legacy as an undeniable master of the post-war period that will coincide with the highly-anticipated Philip Guston Now retrospective opening at the Museum of Fine Arts Boston this May.

For more than 40 years, the painting remained in the collection of Peter and Edith O’Donnell of Dallas, Texas. It will be sold in May to benefit the O’Donnell Foundation, whose philanthropic ethos continues Peter and Edith’s selfless legacy of passionately advancing a wide range of higher education causes; innovations in science, technology, engineering, mathematics; medical research and public health programs; and an array of arts and culture initiatives. Since the Foundation was established in 1957, the O’Donnells have been recognised with numerous accolades for their extraordinary and transformative contributions, which have totalled more than $900 million to a spectrum of exceptional causes. Additional works from the O’Donnell Collection will be offered at Sotheby’s in May 2022 to support the Foundation.

Of the 29 works produced by Guston between 1956 and 1960, the pinnacle of his abstract expressionist output, there are ten which stand above the rest as unquestioned masterpieces. Nile is one of these ten exemplary canvases and one of only three remaining in private hands. The additional seven works are held in the collections of The Museum of Modern Art, New York; Whitney Museum of American Art, New York; Mildred Lane Kemper Art Museum, St. Louis; Hirshhorn Museum and Sculpture Garden, Washington, D.C.; San Francisco Museum of Modern Art (promised gift); The Phillips Collection, Washington, D.C.; and The Museum of Fine Arts, Houston.

The large-scale work is estimated to sell for $20/30 million during Sotheby’s Modern Evening Auction on 17 May – marking the highest auction estimate ever placed on a work by the artist.Philip Guston’s Nile Estimate $20/30 million.

Executed at the heart of the artist’s esteemed abstract period during the late 1950s, Nile embodies Guston’s most radical period of transformation, when he developed an innovative working method that drastically affected his output. As a devoted student of the Italian Renaissance, a prolific traveller and reader, a music connoisseur, and an avid filmgoer, Guston was a formidable polymath whose art emerged from his depth of art historical knowledge, as well as a reservoir of diverse experiences and inspirations, including his work with the Depression-era WPA and as a founding participant in the pioneering New York School.

During his period with his peers of the New York School, Guston developed his signature technique and style that Nile epitomises. While his contemporaries experimented with increasing the size of their canvases to create immersive experiences or increasing the size of their gestures, Guston grew his proximity to the picture plane. Working so close that he lost all sense of space and depth – sometimes close enough for paint splatters to get in his eyes – Guston forged a new type of painterly intensity, reaching its apex in Nile.

Nile comes to auction at a time of renewed interest in Guston’s body of work. The Contemporary Evening Auction will feature two of his later figurative works, Remorse and Studio Celebration. Taken together, the May marquee auctions will present an in-depth overview of the best of his practice.

Nile will appear in a public exhibition for the first time in over forty years when it goes on view in Sotheby’s London galleries from 8 – 13 April, followed by Hong Kong from 24 – 27 April, before returning to New York from 6 – 17 May for exhibition ahead of our Modern Evening Auction on 17 May.