The V&A (Victoria and Albert Museum) has decided to drop their contentious ties with the Sackler family by renaming spaces within the Kensington site.

The decision came about after the US owned family drugs business was found partly responsible for the addiction and death of over 600,000 people in America. The makers of the addictive opioid prescription drugs showed no remorse and refused to take responsibility for the crisis. The courts settled with the family who made several billion dollars in contributions towards the cost of the crisis. However they were unable to find a way to convict the family or executives of Purdue Pharma.

Signage for the Sackler Centre for Arts Education, and The Sackler courtyard have disappeared from sight. Heralding another win for Artist Nan Goldin and her Sackler Pain campaigners. In November 2019 there were protests outside the Museum to lobby for the removal of Sackler family ties to the gallery.

The V&A have joined the National Gallery, the National Portrait Gallery and the British Museum as institutions that have removed the Sackler name from galleries built with the support from members of this dynastical family. Update: The Design Museum has removed the Sackler Name – Kensington’s Design Museum has quietly become the latest institution to remove the scandalised Sackler name from its library. 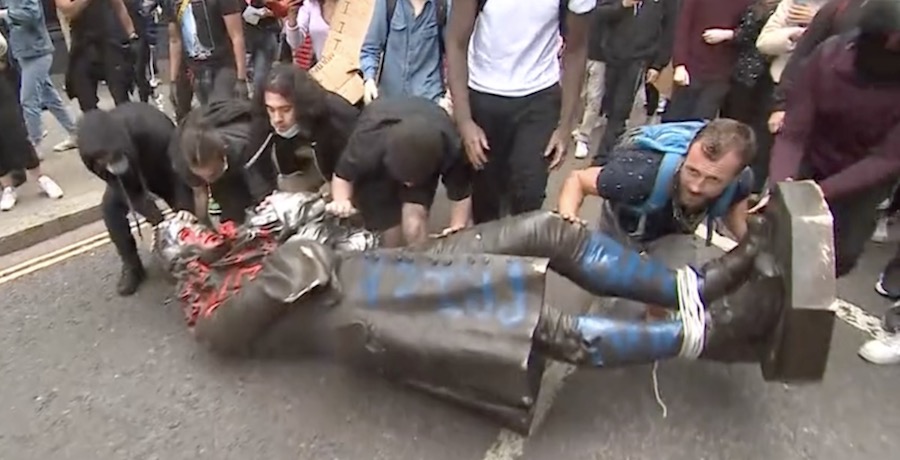 The Edward Colston statue, pulled down and thrown in the Bristol harbour during a Black Lives Matter protest in June 2020, is in the news again. The UK appeal court ruled earlier this week that the toppling of the slave trader effigy was a “violent” act. The ruling also stated that the action was not protected by the European Convention on Human Rights, an international treaty signed by the UK.

In January, four protestors were found not guilty of causing criminal damage after removing the statue and dumping it in Bristol harbour. The sculpture was toppled following the murder of George Floyd by the ex-Minneapolis police officer Derek Chauvin in May 2020. The Art Newspaper understands that the court decision does not affect the “not guilty” verdicts.

The former Attorney General Suella Braverman, now the Home Secretary, referred the case to the UK court of appeal after some Conservative MPs criticised the acquittal of the four protestors. She said on Twitter that in April, she referred the Colston statue for clarification of the law relating to criminal damage and protest rights. “My reference was successful on all counts,” she said. 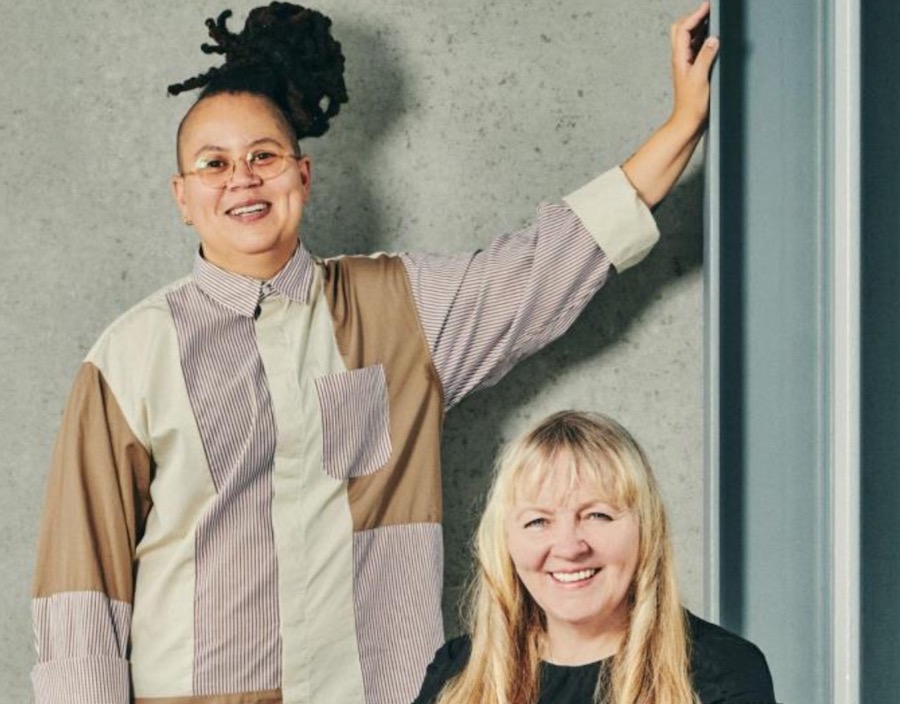 The Whitney Museum of American Art has announced the next Whitney Biennial will be co-organised by Chrissie Iles and Meg Onli. Iles, the Anne and Joel Ehrenkranz Curator at the Whitney, and Onli, a writer and curator based in Los Angeles, who was the director and curator of the Underground Museum, will lead the development of the eighty-first edition of the Museum’s landmark exhibition series, set to open in spring 2024.

“The Biennial helps define the Whitney as an institution that champions the creativity, talent, passion, and vision of the art and artists of our time,” said Adam D. Weinberg, the Whitney’s Alice Pratt Brown Director. “Meg and Chrissie will bring to the 2024 Biennial dynamic chemistry, diverse experiences, and a commitment to honouring the rich legacy of the Biennial.

“It’s an honour and joy to welcome Meg to the Whitney to partner with Chrissie on what will be her third Biennial. At its best, a Biennial curatorial team pairs two singular voices united by shared passions, commitments, and an ineffable spark,” said Scott Rothkopf, the Nancy and Steve Crown Family Chief Curator at the Whitney. “Through their prior work, Chrissie and Meg have earned both the admiration and affection of artists, two essential qualities when organising this ambitious show.”

The early Biennials were organised by medium, with painting alternating with sculpture and works on paper. Starting in 1937, the Museum shifted to yearly exhibitions called Annuals. The current format, a survey show of work in all media occurring every two years, has been in place since 1973. Whitney Biennial 2022: Quiet as It’s Kept was organised by two Whitney curators, David Breslin and Adrienne Edwards. It featured works by sixty-three intergenerational artists and collectives working across disciplines and media.

Chrissie Iles is the Anne and Joel Ehrenkranz Curator at the Whitney Museum of American Art. She is responsible for helping build the Museum’s comprehensive collection of moving image art. Past exhibitions at the Museum include two major thematic surveys of film and video installation, Into the Light: The Projected Image in American Art (2001) and Dreamlands: Immersive Cinema and Art (2016), and the retrospective Dan Graham: Beyond (2009), co-organised with the Museum of Contemporary Art, Los Angeles.