The artist Simone Leigh has quit the multinational gallery Hauser and Wirth months before representing the United States at the 59th Venice Biennale in May. She will now make the move to Matthew Marks.

“I love and respect the people I worked with at Hauser and Wirth, But I do not feel the gallery is the right fit for me in the wider sense. I’m still figuring out what I want from a primary gallery relationship” the sculptor told ARTnews.

In 2018 Simone Leigh won the $100,000 Hugo Boss Prize, a solo show at the Solomon R. Guggenheim Museum in New York followed. In 2020, when Leigh joined Hauser & Wirth, she left Luhring Augustine in NY and the David Kordansky Gallery in LA. She is the first African American artist to represent her country at the prestigious Venice event. Her work had a prime spot on the Hauser & Wirth stand at London’s Frieze Art Fair in October.

Simone Leigh (born 1967) is from Chicago and works in New York City. Her practice in various media includes sculpture, installations, video, performance, and social practice. Leigh has described her work as auto-ethnographic, and her interests include African art and vernacular objects, performance, and feminism. Her work is concerned with the marginalisation of women of colour and reframes their experience as central to society. Leigh has often said that her work is focused on “Black female subjectivity,” with interest in complex interplays between various strands of history.

The Chicago native will create a new series of sculptures for the US pavilion at the 59th Biennale to be held in 2022, said the Boston museum, which is organising a major exhibition of Leigh’s work to be displayed in 2023.

Reading between the lines, something has prompted this falling out. It will be interesting to find out the real cause of the split. 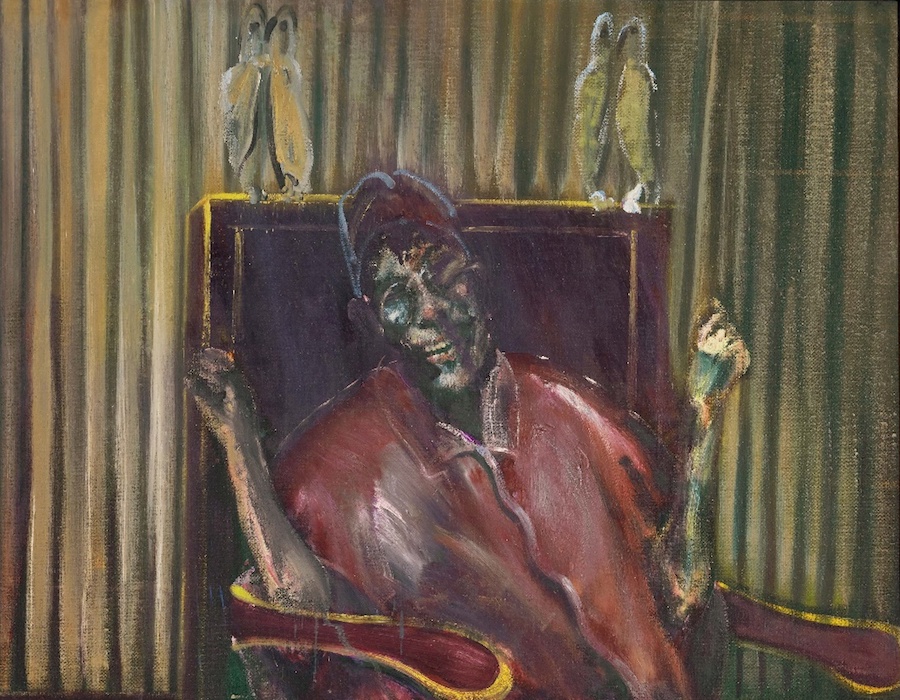 Phillips auctioneers in New York are offering ‘Pope with Owls’ by Francis Bacon as the leading lot of their Evening Sale of 20th Century & Contemporary Art on 17 November. The painting was executed circa 1958 and this will be the first time it has come to auction. The oil on canvas carries an estimate of $35-45 million. The artwork has been in the same prestigious, private American collection for nearly four decades.

In the late 1950s, Bacon spent a great deal of time in Tangiers, an exotic escape from conservative London for artists, writers and adventurers. For Bacon, it was a period of great inspiration and creativity. His most prolonged stay in Morocco – fourteen months – was filled with incredible highs and lows and it was during this time, the Pope painting was created. An exceptional example from the artist’s most remembered series, the work elevates Bacon, rightfully placing him among the greatest names in the art historical canon.”

‘Pope with Owls’ is positioned at a critical juncture in the evolution of the artist’s interrogations into one of the most recognisable subjects in his oeuvre. The work references the canonical portrait of Pope Innocent X by Diego Velázquez. This image acted as a touchstone for the artist’s explorations into the rendering of flesh and psychological deconstruction between 1949 and 1971.

During his time in Tangier, Bacon explored imagery of animals for his upcoming show at Galerie Rive Droite, Paris. The presence of the two watchful owls in the present work proffers an unsettling mien to the composition, capturing the spectator’s gaze as if to bear witness. As Martin Harrison explains in Bacon’s Catalogue Raisonne, of the nocturnal bird’s position in Bacon’s iconography, “he had linked them (always latterly, in pairs) with Popes as dark antagonists.” 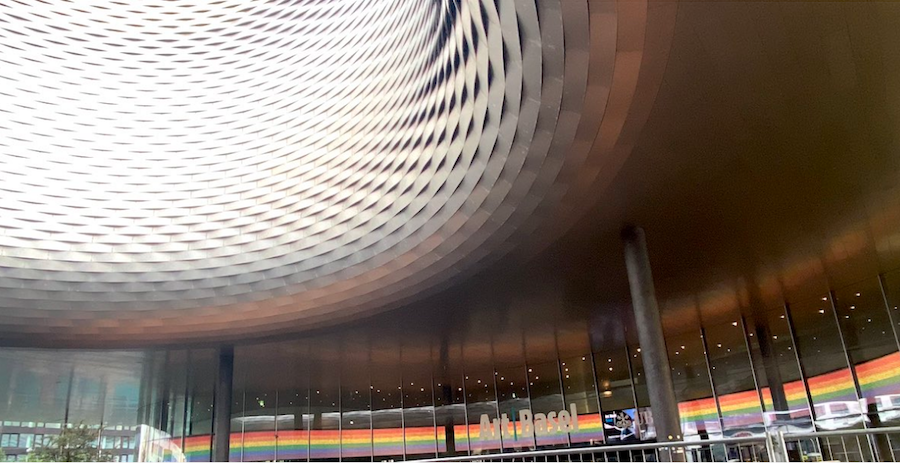 Art Basel, the fair recently bought out by James Murdoch, son of Rupert M, has been hacked. MCH Group, the parent company and owners of the up-market fair, announced in an email sent out to wealthy individuals and art dealers who attend the events, warning them that their contact information may have been stolen.

On 20 October 2021, MCH Group was hit by a criminal cyber-attack using malware. Our IT specialists immediately took measures to defend against the attack and restore the IT systems. In doing so, we are working closely with security and cybercrime specialists, including the Swiss National Cyber Security Centre (NCSC), the police and partners specialising in such cases.

Current status
We are working to get all our systems and services fully operational again as soon as possible. The most important internal and external communication channels are ensured. The staging of the planned events is guaranteed.

Unfortunately, the available information and analyses indicate that the perpetrators have nevertheless succeeded in gaining access to data that contains personal data (e.g. contact details) of customers, partners and employees of the MCH Group. Currently, the existing traces are being evaluated in cooperation with cybersecurity experts.

Action taken
We will not abet such criminal activities and have filed a criminal complaint against the perpetrators unknown to us and informed the relevant authorities and cooperating closely with them.

We have taken the necessary measures to protect our employees, customers and partners and continue to work with a wide range of internal and external specialists to resolve the issues. The knowledge gained from this incident will help us to make our systems, which already meet high-security requirements, even more secure.

Recommendations
If you are a customer or partner of the MCH Group, as a precautionary measure, we recommend that you change your passwords or access data associated with the MCH Group immediately. However, this is not yet possible for some systems for exhibitors and partners at the moment (further information will follow as soon as possible). Please note that you also make these changes for accounts and services for which the MCH Group is not responsible but for which you have used the same password.

We also recommend that you exercise caution when dealing with unknown contacts, e.g. if you are contacted by third parties by email or telephone which, for example, represent themselves as your bank, internet provider or insurance company and use personal details to gain your trust.

A message to Art Basel clients sent on Friday reads, “The information currently available to us suggests that the perpetrators may have gained access to data such as personal contact details.

“We do not yet know the extent of the data breach and these traces are being analysed in cooperation with cybersecurity experts as a matter of urgency.”

“The MCH Group has filed a criminal complaint against the perpetrators unknown to us and is cooperating closely with the relevant authorities.”