Bowness was active as an art critic in the late 1950s and early 1960s, writing for The Observer, Arts (New York), Art News and Review, The Times Literary Supplement, and The Burlington Magazine. He became a Regional Art Officer for the Arts Council in 1956, with responsibilities for the South West of England. In April that year, he visited St Ives, Cornwall, where he met artists who had settled there, including; Barbara Hepworth, Ben Nicholson, Peter Lanyon, and Patrick Heron. In 1957, Bowness married Sarah Hepworth-Nicholson, daughter of Barbara Hepworth and Ben Nicholson.

In 1957 Bowness began teaching at the Courtauld Institute of Art. He became a Reader in 1967 and a Professor in 1978. His popular book Modern European Art (1972) has been translated into French, German, Italian, and Korean.

Between 1980 and 1988 Bowness was Director of the Tate Gallery. During this time he realised the expansion of Tate’s Millbank site by creating the Clore Wing to display the work of J.M.W. Turner, uniting the collection which had been divided between the British Museum and the Tate. He instigated the creation of Tate Liverpool, which opened in May 1988. Bowness also began the preparations for the Tate St Ives (opened in 1993). He is also credited with initiating the Turner Prize the UK’s most prestigious art award.

After retiring from the Tate, Bowness became Director of the Henry Moore Foundation, setting up the Henry Moore Institute in Leeds, Yorkshire. He was made a CBE in 1976 and knighted in 1988 Photo: Courtesy Tate 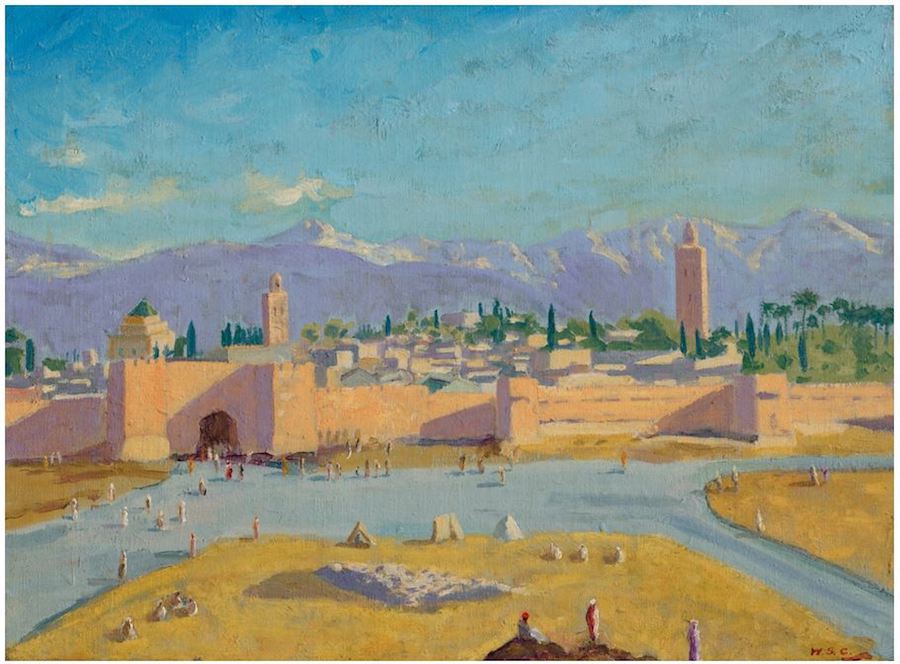 Tower of the Koutoubia Mosque by Sir Winston Churchill

Christie’s Modern British Art Evening Sale on 1 March 2021 realised a new world auction record for Sunday painter Sir Winston Churchill’s Tower of the Koutoubia Mosque (1943, price realised: £8,285,000 / $11,590,715 / €9,577,460), which was offered from The Jolie Family Collection. The painting is the only work that Churchill created during the Second World War, executing the painting in Marrakech following the Casablanca Conference in January 1943. Churchill invited Franklin D. Roosevelt to join him in Marrakech the day after the conference concluded, motivated by his desire to share the views of the city and the light at sunset, which he so revered, with Roosevelt. The view impressed Roosevelt so much that Churchill decided to capture the scene for him as a memento of their excursion. This act was seen not only as an indication of their friendship but of the special relationship between the UK and the USA. Sir Winston Churchill began painting scenes of Morocco after being encouraged to visit the country by his painting tutor, Sir John Lavery. Upon his first visit in 1935, he felt that the light and scenery were unrivalled, creating some 45 paintings of the country. The painting belonged to the actors Brad Pitt and Angelina Jolie who paid just £1.5m for the painting. 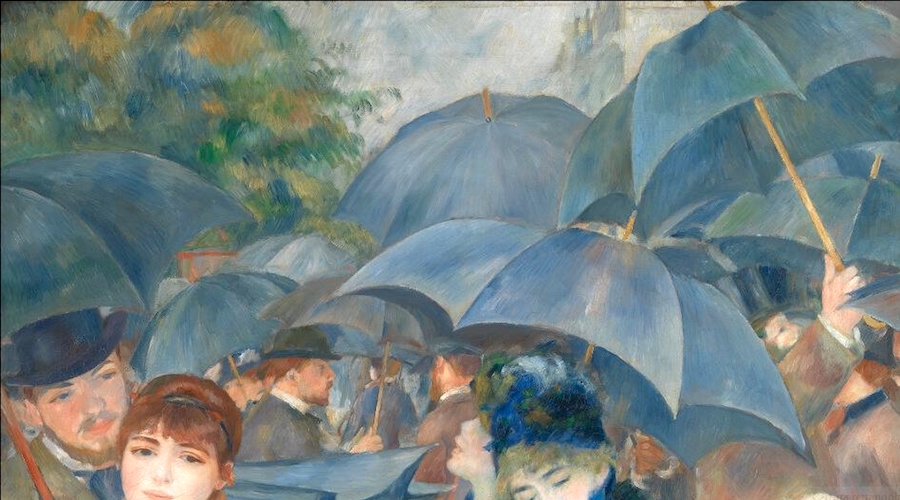 A new partnership has been agreed between the National Gallery, London and the Hugh Lane Gallery, Dublin regarding the 39 paintings in the Sir Hugh Lane Bequest, which allows the public in both the UK and Ireland to continue enjoying these works on a regular basis.

In moving on from previous agreements made during the past 50 years, the two galleries are now committed to working in partnership regarding the care and display of these paintings in a spirit of collegiality.

When Hugh Lane (born County Cork, 1875) perished on the Lusitania on 7 May 1915, it emerged that he had bequeathed his collection of 39 modern paintings – including works by Renoir, Manet, Mancini, Monet, Morisot, Pissarro, Vuillard and Degas – to the National Gallery, London.

Soon after his death, a codicil to the will was found in Lane’s desk at the National Gallery of Ireland (where he was Director) leaving the pictures to Ireland instead. They were to form the core of the Municipal Gallery of Modern Art which Sir Hugh had established in Dublin in 1908 (known today as the Hugh Lane Gallery).

The codicil was signed but not witnessed and therefore legally invalid, consequently, the National Gallery became the owner of the works.

In the late 1950s, Sir Denis Mahon (1910–2011) – a National Gallery Trustee of Irish descent – undertook to find a compromise where the two institutions would share access to the paintings. The first agreement was reached in 1959 and implemented in the early 1960’s whereby the paintings were divided in two groups and alternated between the two institutions until 1979. 27 paintings from the Lane Bequest have been on long-term loan to Dublin for more than fifty years.

Beginning in 1993, eight great French masterpieces rotated between London and Dublin, four at a time on a six-year cycle. The final four paintings remained in London.