Sonia Boyce OBE RA has been announced as the artist to represent the UK at the 59th International Art Exhibition – La Biennale di Venezia in 2021. Ms Boyce OBE RA came to prominence as a critical figure in the burgeoning Black-British art scene of the early 1980s. She was one of the youngest artists of her generation to have her work acquired by Tate, featuring deeply personal reflections on race, class and gender in Britain. She will be presenting a major solo exhibition of new work, running May to November 2021.

Boyce is known for her highly innovative and experimental approach to art-making, using performance, drawing, print, photography, and audio-visual elements in her work. Since the 1990s, her practice has become increasingly improvisational and collaborative, inviting a broad cross-section of participants to come together and speak, sing or move about the past and the present. At the heart of Boyce’s work is an empowering exploration of gestures and events, with an underlying focus on the personal and political subjectivities behind them. 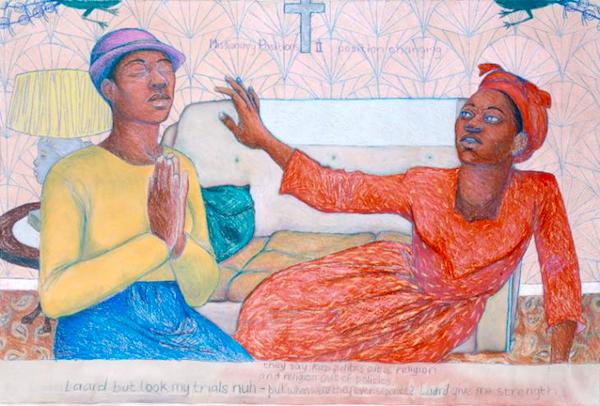 On accepting the British Council commission, Sonia Boyce commented: “You could have knocked me down with a feather when I got the call to tell me I had been chosen to represent Britain at the Venice Biennale 2021 – it was like a bolt out of the blue. I’m extremely honoured, excited – and nervous. I’m eager to start this creative journey, exploring the experience with others who agree to work with me along the way.”

Boyce has taken part in numerous solo and group exhibitions, both internationally and in the UK. Notable recent exhibitions have included solo shows at Manchester Art Gallery (2018), The Institute of Contemporary Arts (ICA), London (2017), Villa Arson, Nice (2016), and group exhibitions including Prospect 4, New Orleans (2017), and All the World’s Futures, 56th International Art Exhibition – La Biennale di Venezia, Venice (2015). Her current solo exhibition, In the Castle of My Skin, at Eastside Projects, Birmingham will travel to Middlesbrough Institute of Modern Art later this year. 2020 will also see the completion of a major public art commission by Boyce for the Elizabeth Line, Crossrail project, London.

In 2016, Boyce was elected a Royal Academician, and in the same year received a Paul Hamlyn Artist Award. In 2019, she received an OBE for Services to Art in the Queen’s New Year Honours List, as well as an Honorary Doctorate from the Royal College of Art. Boyce is currently a Professor at University of the Arts London, where she holds the inaugural Chair in Black Art & Design.

“The British Council is thrilled to announce that Sonia Boyce has been commissioned to represent the UK at the Biennale Arte 2021. We are eagerly anticipating her exhibition, where collaboration, improvisation and dialogue will undoubtedly play a key role. Boyce’s work raises important questions about the nature of creativity, questioning who makes art, how ideas are formed, and the nature of authorship. At such a pivotal moment in the UK’s history, the Committee has chosen an artist whose work embodies inclusiveness, generosity, experimentation and the importance of working together”.

Mary Cremin, Director, Void Gallery, Derry, Northern Ireland: “Sonia Boyce’s work is reactive, collaborative and experimental, her interest in social practice as a means to expand critical debate is central to her work, and it will be exciting to see how she activates the British Pavilion. As a key figure in British contemporary art, the panel agreed it was important to recognise her contribution and legacy to the development of artistic practice both nationally and internationally.” 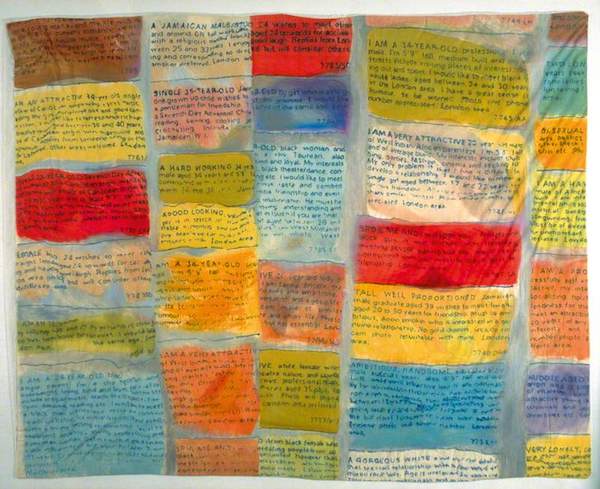 Hammad Nasar, Senior Research Fellow, Paul Mellon Centre for Studies in British Art Co-curator, British Art Show 9: “In her drawings, multimedia installations and performances, Sonia Boyce has consistently probed one of society’s big questions: how do we live with difference? In times of polarisation and division, the Committee felt that Boyce’s improvisatory, collaborative and participatory practice offers the potential to inject the 2021 exhibition with surprise and hopefulness.”

Beth Bate, Director, Dundee Contemporary Arts: “Throughout her career, Sonia Boyce has consistently broken-down barriers, producing a vital and dynamic body of work that demands we pay attention to how we relate to our pasts, to each other, and how we might move forward. I am hugely excited to see what Boyce will create for the British Pavilion.”

“Sonia Boyce is an artist who has built her career outside of the established ‘centres’ of the art world, and places collaboration and a participatory way of working at the centre of her practice. It will be particularly exciting to see how this open-ended approach will activate the historic spaces of the British Pavilion and connect with audiences in Venice in new ways.”

Later this year, the British Council will appoint an Associate Curator to work alongside Sonia Boyce and the British Council team to develop the exhibition. This post will be generously supported by Shane Akeroyd and offers mid-career curators a unique professional opportunity to work with a leading British artist on a global platform.

The British Council is the UK’s international organisation for cultural relations and educational opportunities. We work with over 100 countries in the fields of arts and culture, English language, education and civil society. Last year we reached over 80 million people directly and 791 million people overall, including online, broadcasts and publications. We make a positive contribution to the countries we work with – changing lives by creating opportunities, building connections and engendering trust. Founded in 1934 we are a UK charity governed by Royal Charter and a UK public body. We receive a 15 per cent core funding grant from the artist commissioned to represent the UK at the Biennale Arte is selected by an advisory panel of leading visual arts professionals, from across the UK. The panel membership changes for every edition of the Biennale. The committee selecting the artist for 2021 was chaired by Emma Dexter, Director of Visual Arts at the British Council, and included: