Sonia Boyce winner of the Golden Lion at La Biennale di Venezia 2022  is to replicate the exhibition at Turner Margate next February before heading to Leeds Art Gallery in May. Feeling Her Way will come to the UK in 2023. The exhibition won the prestigious Best National Participation award is set for a UK tour.

Commissioned by the British Council for the British Pavilion, the artwork combines video, collage, music and sculpture to present a body of work that centres around the vocal experimentation of five Black female musicians. It features award-winning, intergenerational musicians Jacqui Dankworth, Poppy Ajudha, Sofia Jernberg, Tanita Tikaram, and composer Errollyn Wallen, who are brought together by Boyce (both at Abbey Road Studios in London and Atlantis Studios in Stockholm) to improvise, interact and play with their voices. Colour-tinted video works take centre stage among Boyce’s signature tessellating wallpapers and golden 3-D geometric structures, which bring the audience into the work through their highly reflective surfaces.

The commission expands on Boyce’s Devotional Collection, built over 20+ years and spanning more than three centuries, which honours the substantial contribution of Black British female musicians to the lives of the public and transnational culture.

Skinder Hundal, Global Director of Arts at the British Council, spoke about the upcoming tour. He said: “Sonia Boyce’s Golden Lion win at the Venice Biennale was a momentous moment for both Sonia and the UK, recognising her significant contribution and legacy to UK arts. We’re so excited to bring this award-winning exhibition to Margate and Leeds, where visitors can expect an immersive experience that speaks of hope, joy and freedom.” With the support of the Art Fund, the exhibition will run at the Turner Contemporary, Margate, from 4 February- 7 May 2023.

Clarrie Wallis, Turner Contemporary Director, said: “Turner Contemporary is delighted to collaborate with the British Council on the tour of Sonia Boyce’s exhibition Feeling Her Way in 2023. Supporting artists at pivotal moments in their careers and exhibiting bold new work relevant to a broad range of audiences is central to our exhibition programme. This joyful, ambitious installation celebrates female creativity and collaboration, and we look forward to presenting it in Margate next spring.”

It will head to Leeds Art Gallery from 25 May, with the exhibition running until 5 November. Jane Bhoyroo, Principal Keeper, Leeds Art Gallery, said: “We are thrilled to be working with Sonia Boyce and the British Council to present ‘Feeling Her Way’ in Leeds. The opportunity to bring this moving and inspiring installation to the city will enable our diverse audiences to experience this major work by one of the UK’s most distinguished artists”.

The exhibition and Sonia’s journey will feature on the upcoming BBC documentary series Imagine, which airs on Sunday, 7 November, on BBC One.

Clémentine Schneidermann has won first prize in the prestigious Taylor Wessing Photographic Portrait Prize 2022 for portraits from the Laundry Day series, which document her neighbour’s daily chores in South Wales, navigating life in lockdown. The winner of the £15,000 first prize was announced today, Tuesday, 25 October, at the award ceremony held at Cromwell Place in South Kensington.

The second prize was awarded to Haneem Christian for Mother and Daughter and Rooted, which explores queerness, transness and the importance of chosen family. Finally, Alexander Komenda was awarded the third prize for Zahid’s Son, a portrait that examines themes of identity and the post-Soviet landscape in Kyrgyzstan.

The winning portraits are now on display as part of the Taylor Wessing Photographic Portrait Prize 2022 exhibition at Cromwell Place, South Kensington, London, from 27 October until 18 December 2022, while the Gallery’s building in St Martin’s Place is closed for major redevelopment works. The exhibition features 51 portraits from 36 artists, selected for display by a panel of judges, including Christina Lamb, Chief Foreign Correspondent at The Sunday Times; Siân Davey, award-winning photographer; and Shoair Mavlian, Director of Photoworks.

Clémentine Schneidermann is a French photographer living and working between Paris and South Wales. With a focus on social documentary photography, her approach is collaborative and playful, with a particular interest in communities. She is a co-founder of Ffasiwn Stiwdio, a photography-based creative studio that creates programmes with youth groups. In 2021, she completed a practice-based PhD at the University of South Wales, Cardiff.

Schneidermann’s delicately observed portraits from her series Laundry Day depict the artist’s neighbour hanging laundry in the garden of her home in South Wales. Taken during another challenging year in the UK, the photographs “document micro-events which deal with time through the small moments of our daily lives,” comments Schneidermann. Through the obsessive photography of one daily chore, the photographer captures every day, remarking that “the beauty of photography is to create magic out of the simplest moments”. The socially distanced portraits are part of a series of works taken during quarantine times, self-isolation, and national lockdowns.

The judges immediately responded to the simplicity of Clémentine Schneidermann’s project, capturing the quiet mundanity of domestic tasks. The judges felt the images evoked a strong sense of stillness and quiet, yet perhaps also loneliness and isolation, despite the photographer’s proximity. In addition, the jury praised the unusual perspective of the portraits, which are close but not close enough to see the sitter’s face, which they felt was an intriguing play with the conventions of traditional portraiture. 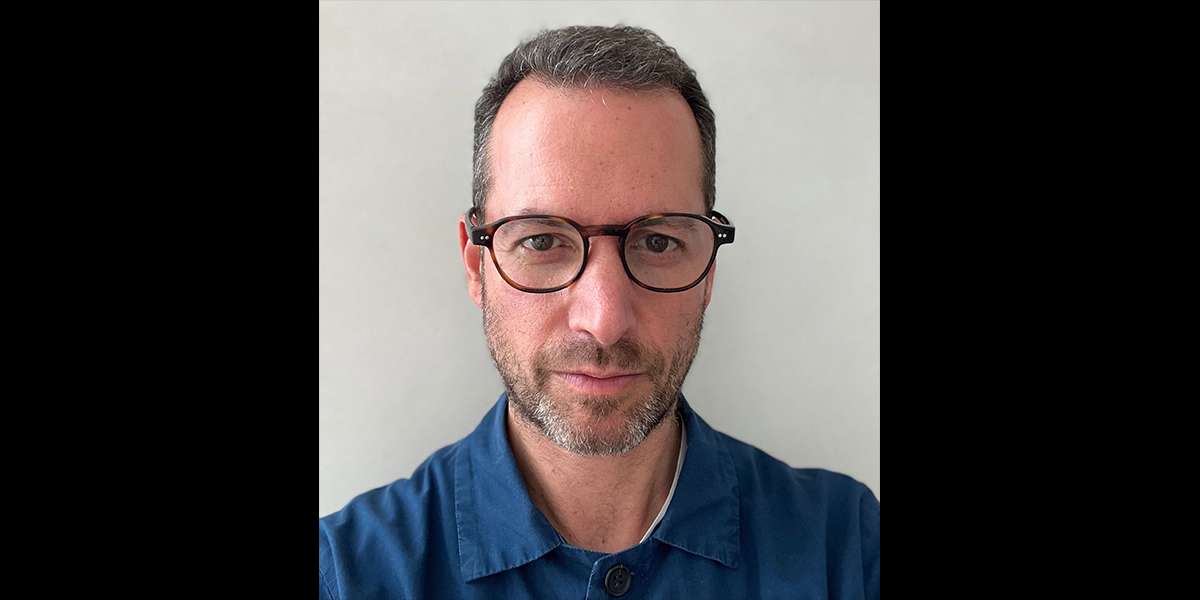 The Trustees of Turner Contemporary have announced the appointment of Matthew Slotover as the new Chair of the Gallery. He will take over from the current Chair, Clive Stevens, on 1 January 2023.

Matthew Slotover co-founded the contemporary art magazine Frieze in 1991 and the first Frieze art fair in London in 2003. There are now three other Frieze Fairs in New York, Los Angeles and Seoul, and Frieze Masters in London. He stepped back from the day-to-day running of Frieze in 2020. He was chair of the South London Gallery from 2006-2021 and currently serves on the boards of Sadlers Wells, the Arts Foundation, the Walpole Group and Murmur.

Matthew Slotover said: “I am delighted to have been appointed to succeed Clive Stevens as Chair of Turner Contemporary from 1 January 2023. This is an enormous honour given the history of the Gallery, its success, and the crucial role it plays in championing artists’ work, promoting art and culture in the region, and helping sustain a more creative and connected community. I am excited by the prospect of being able to support the director and contribute to its future development and growth.”