A stolen multi-million-pound painting discovered hidden in a false wall has been confirmed as an authentic Gustav Klimt original, Italian authorities have confirmed. The canvas was taken nearly 23 years ago. The painting was returned by the thieves after the statute of limitations from prosecution had expired. A local newspaper was tipped off by the suspects who anonymously confessed.

The painting, entitled ‘Portrait of a Lady,’ went missing from a gallery in the northern city of Piacenza in 1997. The picture had been written off for good when it was accidentally discovered by gardeners, clearing away overgrowth, in a concealed compartment in an external wall in the grounds of the gallery which housed the painting. 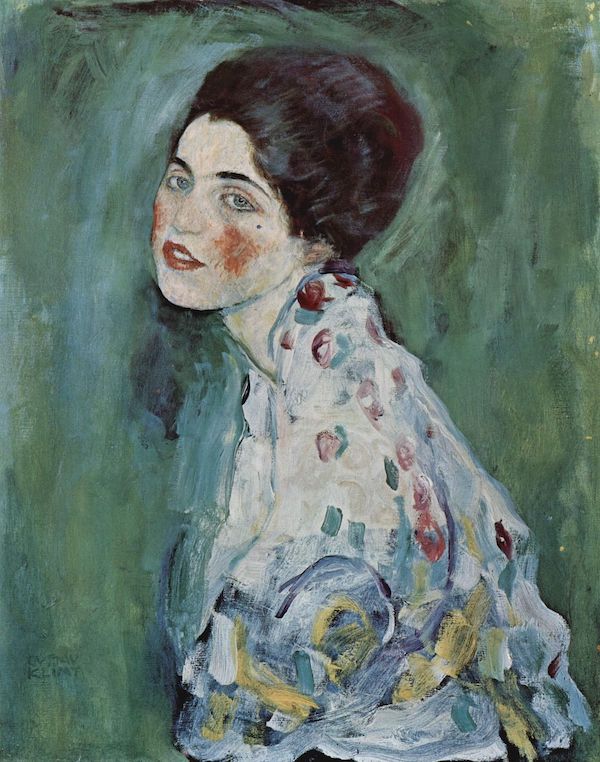 The Klimt with an estimated value of at least €60m ($66m; £51m). Is now going to go back on public display. Why the painting was left in the wall at the Ricci Oddi Gallery of Modern Art remains a mystery.

“It is with no small emotion that I can tell you the work is authentic,” said Prosecutor Ornella Chicca. She stated further tests would clarify whether the painting had been inside the wall space ever since it was stolen, or if it was placed there later. After the tests are completed, the artwork will go back on display, Ms Chicca added.

Experts studied the painting to determine its authenticity, under infrared and ultraviolet light and compared the images to those taken during tests in 1996.

“The correspondence between the images allowed us to determine that it’s definitely the original painting,” art expert Guido Cauzzi said.
He said the condition of the work was “relatively good”, adding: “It’s gone through a few ordeals but only needs some routine care, nothing particularly complicated.”

Portrait of a Lady was painted in 1916-17 by Viennese artist Gustav Klimt towards the end of his life. It was bought by Giuseppe Ricci Oddi in 1925 and kept in the gallery until it was stolen on 22 February 1997 amid preparations for a special exhibition.

The frame of the painting was discarded on the roof of the building to make it appear that thieves had broken in through the skylight. That was not the case as the skylight was too small for the painting to fit through.

In December, gardeners clearing ivy from a wall stumbled on a metal panel. Behind it lay a recess, within which was a black bag containing the missing painting. The ivy covering the space had not been cut back for almost a decade, officials said.

Shortly before it was stolen, art student Claudia Maga revealed that it had been painted over another Klimt painting, Portrait of a Young Lady, which had not been seen since 1912. She managed to prove her theory by persuading the Piacenza gallery’s former director to have it X-rayed. The underpainting depicted a young girl from Vienna who had died. Klimt had painted over the portrait when the girl died suddenly, to forget the pain of her death.

The police have taken a pair of local criminals responsible for a spree of thefts in the area over a 20 year period. They had written a letter to the local newspaper, Libertà, confessing to the decades-old crime.

“We are the authors of the theft of Klimt’s Portrait of a Lady, and we have given a gift to the city by returning the canvas,” the men, who are in their 60s, wrote. The letter was written to one of the paper’s reporters, Ermanno Mariani, who had interviewed one of the suspects.

“It is a very strange story,” a police officer says, “They could have sold it or burned it… But the good news is, we have found the painting.”