Last November’s Sotheby’s sale of 35 works from The Macklowe Collection was nothing less than historic, realising $676.1 million, the highest value single-owner auction ever staged. Its success is a homage to the art of collecting in its highest form. Now, this spring, Sotheby’s will offer 30 more blue-chip works from this celebrated collection. Furthermore, they do not disappoint.

Several leading names from the November sale return, represented this time by artworks from different, but equally important, moments that act as critical counterpoints to their November counterparts. Gerhard Richter is among those reappearing, represented in this sale by Seascape, an extraordinary large-scale painting from 1975, capturing the magisterial beauty of the natural world, while at the same time blurring the distinction between photography and painting until they are almost entirely indistinguishable (est. $25-35 million). 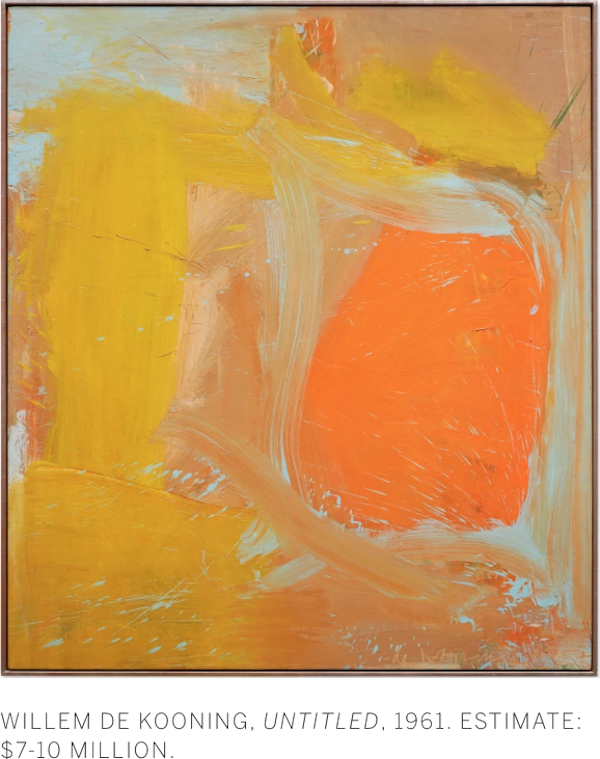 Andy Warhol returns here too, represented this time by one of his very final works – a monumental self-portrait painted as he contemplated his own legacy and status alongside those of the pantheon of stars who had peopled his works (est. $15-20 million). Not seen since it was exhibited for the first and only time at Anthony D’Offay’s seminal 1995 exhibition, Vanitas: Skulls and Self-Portraits by Andy Warhol, the painting are joined in the May edition by another seldom-seen work, Mark Rothko’s meditative, richly-coloured Untitled from 1960 – a critical moment in his career (est. $35-50 million). Following the success of the two paintings by De Kooning offered in the November sale (Untitled XXXIII, from 1977, which made $24.4 million; and Untitled IV, from 1983, which made $18.9 million), the May edition will include two further important works: one, Untitled, from 1961, and another, Untitled XIII, from 1984.

At the same time, those artists familiar from the November sale will be joined in May by others whose presence in the collection has not yet been revealed, including Jean Dubuffet, whose radical Grand Nu Charbonneux, from a breakthrough moment, has featured in almost every major exhibition dedicated to the artist (est. $4-6 million).

Individually, each of the works represented reflects the artist at their very best. Together, they trace the pinnacle of Western artistic achievement over the last eighty years, from Giacometti and Picasso through to Sigmar Polke, Cy Twombly, Roy Lichtenstein, Jeff Koons, Agnes Martin, Mark Grotjahn and more.

This may be the last time some of these paintings are seen in public before they get locked away in a Swiss vault.