Theaster Gates’ The Black Chapel will be the 21st Serpentine Pavilion. The Chicago-based artist, along with the architectural support of Adjaye Associates, will open to the public on Friday, 10 June 2022.

Drawing inspiration from the significance of the great kilns of Stoke-on-Trent, the Pavilion will pay homage to British craft and manufacturing traditions. While the structure of the Pavilion will predominantly be made of wood, the Pavilion’s design alludes to the performative and meditative qualities of a small chapel. An operating bell originating from the demolished St. Laurence Church on Chicago’s South Side will be placed next to the entrance of the Pavilion and will be used to call, signal and announce performances and activations. A single light source from an oculus will create a sanctuary-like environment for reflection and communion. Conceived as a platform for participation in live performances, emphasising music and public engagement, Black Chapel will continue the artist’s ongoing practice of space-making through urban and architectural interventions.

Black Chapel is the culmination of Serpentine’s collaboration with London art institutions and galleries, The Victoria and Albert Museum, Whitechapel Gallery and White Cube, to realise a multi-venue London presentation, The Question of Clay, of the artist’s work across 2021-2022.

“The name Black Chapel is important because it reflects the invisible parts of my artistic practice. It acknowledges the role that sacred music and the sacred arts have had on my practice and the collective quality of these emotional and communal initiatives. Black Chapel also suggests that in these times, there could be a space where one could rest from the pressures of the day and spend time inquietude. I have always wanted to build spaces that consider the power of sound and music as a healing mechanism and expressive force that allows people to enter a space of deep reflection and/or deep participation.” – Theaster Gates

Throughout the Summer, the Serpentine Pavilion 2022 will become a platform for Serpentine’s programme, which will feature the return of Park Nights, the interdisciplinary platform for live encounters in music, poetry and dance, running alongside Serpentine’s Education and Civic activations, including Family Workshops and Community Day.

The Pavilion will be designed to minimise its carbon footprint and environmental impact, in line with Serpentine’s sustainability policy. The predominantly timber structure will be lightweight and fully demountable, focusing on sustainably-sourced materials and the reusability of the structure as a whole after its time installed at Serpentine. While the Pavilion begins its life in Kensington Gardens, it will be re-sited to a permanent location in the future.

Theaster Gates (b. 1973) creates works that engage with space theory, land development, sculpture and performance. Drawing on his interest and training in urban planning and preservation, the artist redeems spaces that have been left behind. His work contends with the notion of Black space as a formal exercise, one defined by collective desire, artistic agency, and pragmatist tactics.

In 2010, Gates created the Rebuild Foundation, a non-profit platform for art, cultural development and neighbourhood transformation that supports artists and strengthens communities through free arts programming and innovative cultural amenities on Chicago’s South Side.

Gates is the twelfth recipient of the Frederick Kiesler Prize for Architecture and the Arts (2021). In 2020, Gates received the Crystal Award for his leadership in creating sustainable communities. He was the winner of the Artes Mundi 6 Prize and a recipient of the Légion d’Honneur in 2017. In addition, he was awarded the Nasher Prize for Sculpture 2018 and the Urban Land Institute’s J.C. Nichols Prize for Visionaries in Urban Development. Gates is a professor at the University of Chicago in the Department of Visual Arts and serves as the Senior Advisor for Cultural Innovation and Advisor to the Dean at the Harris School of Public Policy.

This pioneering commission, which began in 2000 with Zaha Hadid, has presented the first UK structures by some of the biggest names in international architecture. In recent years it has grown into a highly-anticipated showcase for emerging talents, from last year’s Sumayya Vally, Counterspace (South Africa), the youngest architect to be commissioned, and Frida Escobedo (Mexico), to Diébédo Francis Kéré (Burkina Faso) and Bjarke Ingels (Denmark), whose 2016 Pavilion was the most visited architectural and design exhibition in the world. The Serpentine Pavilion 2022 follows previous commissions by Olafur Eliasson with Kjetil Thorsen, 2006, and Ai Weiwei with Herzog & de Meuron, 2012, among other cultural figures. 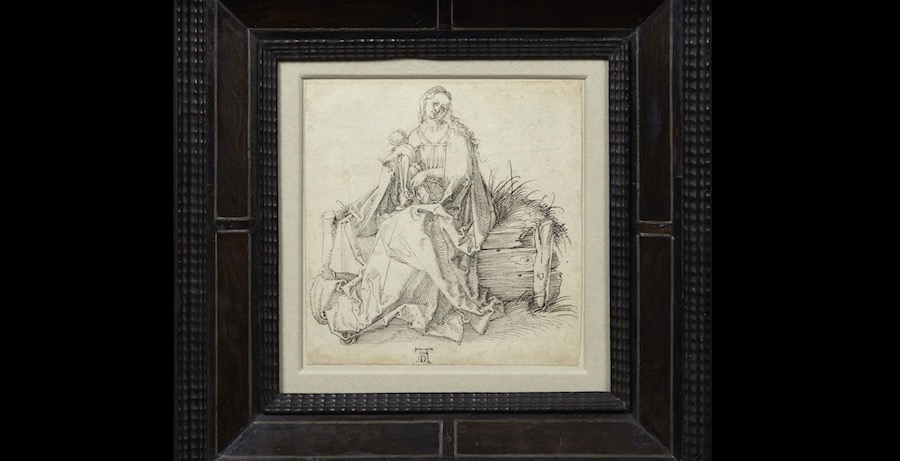 The important rediscovery of an unpublished pen and ink drawing by Albrecht Dürer, The Virgin and Child, has made international headlines after it was purchased from an estate sale in America for $30.

Agnews, the London based art dealer, has revalued the work at up to $10m. The Renaissance artist was one of the pioneers of crafting a self-fashioned identity or brand.

Albrecht Dürer (1471 – 1528) is regarded as the greatest German artist of his age and as one of the most influential artists and intellectuals of the European Renaissance. His work was innovative, his output prolific, and his legacy immortal. Princes and emperors were among his patrons from an early age, and he engaged in discussions with scholars and artists from all over Europe. He was held in unrivalled esteem by his fellow artists, and in 1515, Raphael himself sent Dürer a significant sheet of his red chalk figure studies. His travels opened new horizons for him and his art. In a remarkable synthesis, Dürer’s work and thought combined an unlimited capacity for introspection and a cosmopolitan attitude balanced by active involvement in his hometown’s social and cultural world, Nuremberg.

Dürer’s legacy has been preserved and studied since his death in 1528, so unknown works are scarce. Nevertheless, this exquisite drawing has been the subject of significant interest since its rediscovery. Most notably, the leading Dürer expert, Dr Christof Metzger, a curator at Vienna’s Albertina Museum, has resoundingly endorsed this as a ‘magnificent’ authentic Dürer and will include it in his forthcoming catalogue raisonné to be published by Taschen in 2021/22. Believed to have been executed around 1503, Agnews’ drawing is a highly finished study which Dürer may have used as preparation for one of his finest watercolours, The Virgin with a Multitude of Animals (1506) in the Albertina, Vienna.

Works by Dürer only appear with extreme rarity on the open market. Indeed, Dürer’s last crucial sheet, a landscape watercolour of Trento, was sold at the legendary Hirsch auction at Sotheby’s in London in 1978 for £640,000 (approximately $1,300,000). No other works of this importance have come to the market since, and it remains the highest price for Dürer at auction. A new benchmark for a drawing from the Northern European Renaissance was set at Christie’s New York in December 2018 when Lucas van Leyden’s cut-out study of a young man sold for £ 11,480,000. This now places a northern Renaissance work in second place as the most expensive Old Masterwork of art on paper sold at auction, after Raphael’s Head of a Muse, which sold at Christie’s London in 2009 for £29,000,000 ($48,000,000). Agnews are asking for an eight-figure sum for their Dürer drawing. 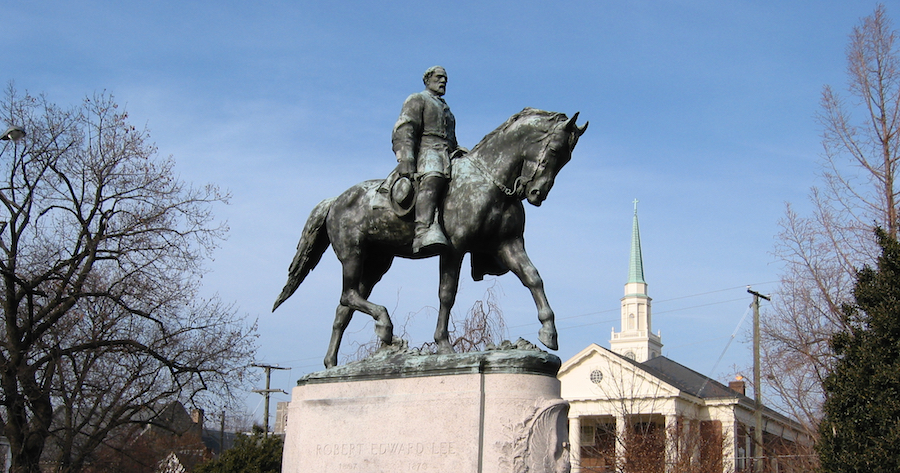 President Joe Biden’s administration has reversed a Trump-era policy setting out what kind of art can be commissioned for federal buildings in the US. The former leader had issued an executive order in his final year in office that said art commissioned by the program should depict “historically significant Americans or events of American historical significance or illustrate the ideals upon which our Nation was founded.”

Trump added that statues or works of art that are meant to depict historical US figures “shall be a lifelike or realistic representation of that person, not an abstract or modernist representation.” Trump issued the order, “Building and Rebuilding Monuments to American Heroes”, in July 2020.

The new directive removes content and style restrictions administration officials say they excluded many artists from consideration for the Art in Architecture program. Future commissions will make an effort to have public art better reflect America’s diversity.

The order came in the wake of protests around the country following the death of George Floyd and a national discussion on race, which included debate over monuments to some historical figures from the nation’s past — particularly those on the Confederacy side during the Civil War.

Trump was controversially in favour of leaving up monuments to Confederate generals and leaders and other figures from the nation’s past because taking them down would amount to erasing the nation’s history. However, others argue the monuments are racist symbols of America’s dark legacy of slavery, and some cities have taken steps to remove them.