Less than 24 hours before leaving office Donald Trump granted pardons to dozens of convicted criminals including the gallerist Helly Nahmad.

The Art dealer was jailed for a year in a federal correctional facility but only spent five months of his sentence. He was arrested and tried for operating an illegal gambling ring, with Russian gangsters, potentially worth millions, from his New York apartment, located in Trump Tower. In 2013, Nahmad, 36, pleaded guilty to one count of operating an illegal gambling business. 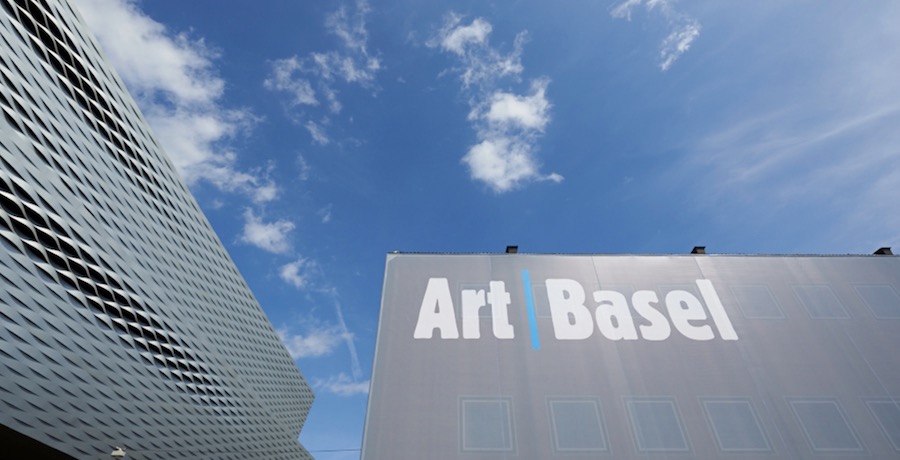 Art Basel has further suspended its flagship fair until September. Three Online Viewing Rooms have been announced for 2021. The decision was made after extensive discussions and analysis in consultation with gallerists and collectors, as well as external experts, putting foremost the health and safety of all concerned while aiming to achieve the broadest possible international attendance for the show.

Marc Spiegler, Global Director, Art Basel said: ‘While the first phase of COVID-19 vaccination programs started in many parts of the world last month, 2021 is a year in which planning remains complex due to many uncertainties. By moving our Basel fair to September, we hope to offer our galleries greater possibility for successfully preparing their year. Following ten months of vaccination programs in many countries, we anticipate broad international participation in our Basel show in September, because all our conversations within the artworld indicate a strong desire to see art in person and engage face-to-face with the global cultural scene. Naturally, we will continue our digital activities connecting Art Basel galleries with global patrons, as we prepare our return to stage physical fairs in the post-pandemic period.’

Police in Italy have recovered a 500-year-old copy of Leonardo da Vinci’s Salvator Mundi in a flat in Naples. It will now be returned to the Church where it was stolen. The Church which had been closed due to COVID had no idea the painting was missing. The Doma Museum collection is housed at the San Domenico Maggiore church in Naples. Officials have arrested a 36-year-old on suspicion of receiving stolen goods after they raided his apartment.

The painting depicts Christ holding a crystal orb. His other hand is held up, blessing the viewer. The copy was thought to have been painted by a student of the master in the early 1500s. In 2017 the Da Vinci original sold for $450 million at Christie’s.  Twenty copies of Leonardo’s Salvator Mundi are thought to exist and are widely attributed to the school of Leonardo. This painting is thought to be by Girolamo Alibrandi.

A police spokesperson stated, “Whoever took the painting wanted it, and it is plausible that it was a commissioned theft by an organisation working in the international art trade,” he added.”