The Turner Prize 2022 exhibition has opened at Tate Liverpool, unveiling the four shortlisted artists, Heather Phillipson, Ingrid Pollard, Veronica Ryan and Sin Wai Kin. The prize is one of the world’s most distinguished for the visual arts. It aims to promote public debate around the new developments in contemporary British art. This is always a recommended calendar event which allows gallerygoers to make up their own mind about the juried selection. The work often varies from the sublime to the ridiculous, and all forms of art, from traditional painting to Video and Performance art, have been featured in the past.

The Turner is returning to Liverpool for the first time in 15 years, having helped launch the city’s year as the European Capital of Culture. The winner will be announced on 7 December at an award ceremony at St George’s Hall, Liverpool. 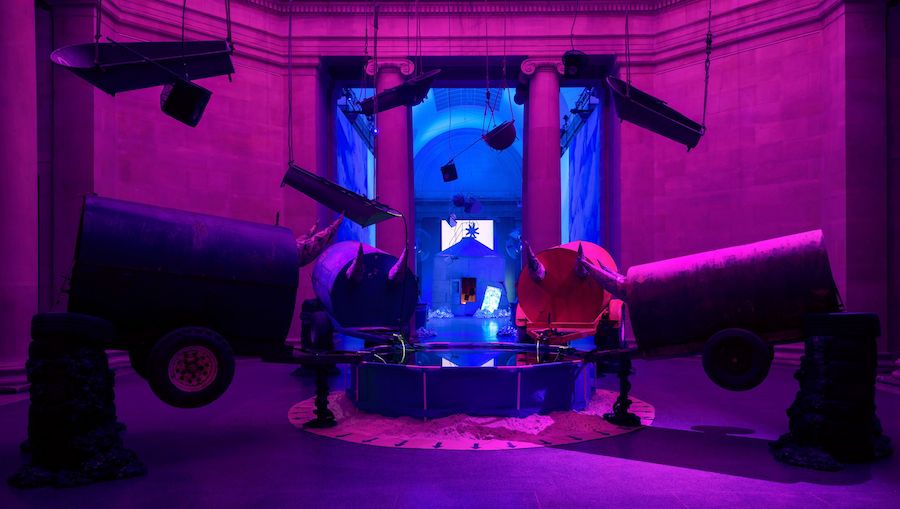 HEATHER PHILLIPSON presents RUPTURE NO 6: biting the blowtorched peach, 2022. Reimagining her 2020 Tate Britain’s Duveen Galleries commission, Phillipson conjures what she calls ‘a maladapted ecosystem, an insistent atmosphere.’ Charged with colour, video and kinetic sculpture and augmented with a brand-new audio composition, Phillipson proposes her space at Tate Liverpool as alive and happening in a parallel time zone. It is, she says, a whole new season. Phillipson’s audacious and wide-ranging practice often involves collisions of wildly different materials, media and gestures in what she describes as ‘quantum thought experiments. 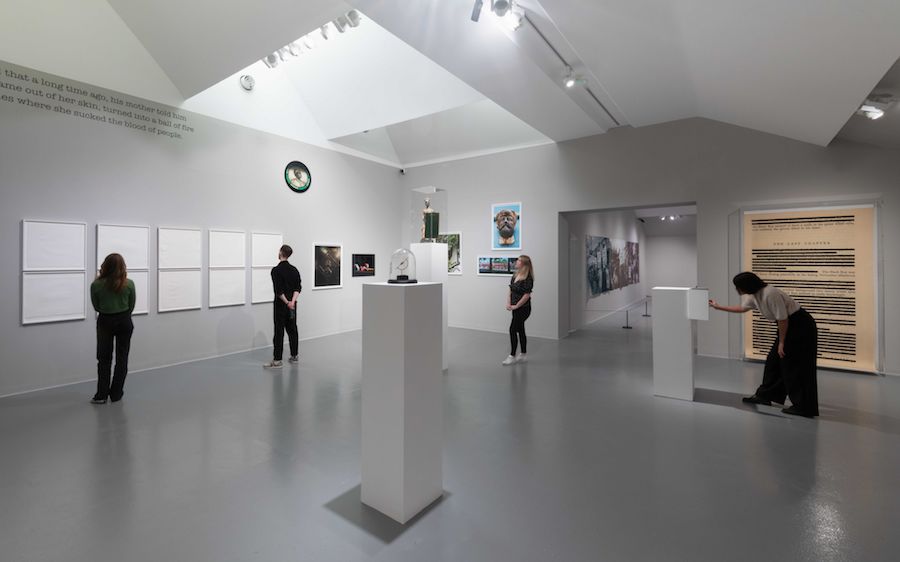 INGRID POLLARD works primarily in photography but also sculpture, film and sound to question our relationship with the natural world and interrogate ideas such as Britishness, race and sexuality. For the Turner Prize, Pollard presents Seventeen of Sixty Eight 2018, developed from decades of research into racist depictions of ‘the African’ on pub signs, ephemeral objects, within literature and in surrounding landscapes. Bow Down and Very Low – 123 2021 includes a trio of kinetic sculptures using everyday objects to reference power dynamics through their gestures, while the photo series DENY: IMAGINE: ATTACK 1991 and SILENCE 2019 look at the language of power, both emotional and physical.

VERONICA RYAN presents cast forms in clay and bronze; sewn and tea-stained fabrics; and bright neon crocheted fishing line pouches filled with a variety of seeds, fruit stones and skins to reference displacement, fragmentation and alienation. Rather than having fixed meanings, Ryan’s work is typically open to a wide variety of readings, as implied by titles such as Multiple Conversations 2019–21 or Along a Spectrum 2021. Made during a residency at Spike Island, the forms she creates take recognisable elements and materials – such as fruit, takeaway food containers, feathers, or paper – and reconfigure them, exploring ecology, history and dislocation, as well as the psychological impact of the pandemic. 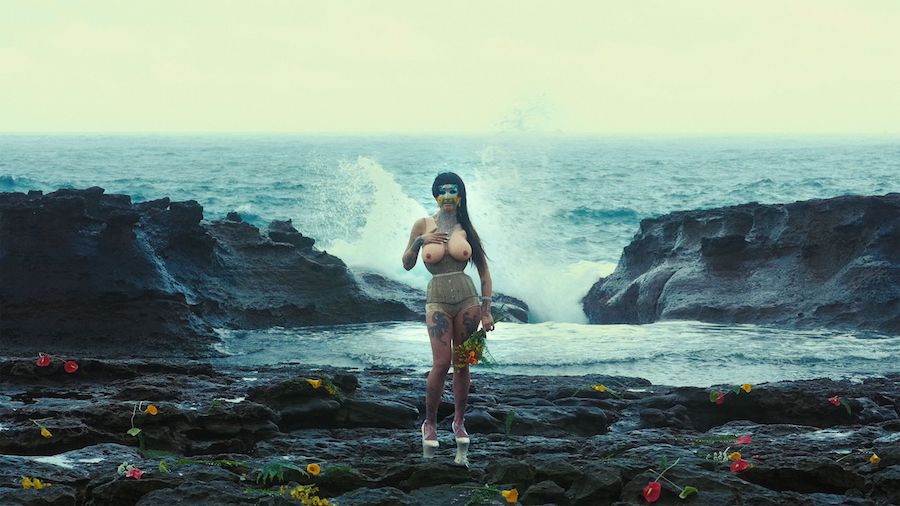 SIN WAI KIN brings fantasy to life through storytelling in performance, moving images, and ephemera. Their work realises fictional narratives to describe lived realities of desire, identification, and consciousness. For the Turner Prize, Sin presents three films, including A Dream of Wholeness in Parts 2021, in which traditional Chinese philosophy and dramaturgy intersect with contemporary drag, music and poetry; In It’s Always You 2021, the artist adopts the roles of four boyband members, striving to take on the multiplicity of identities that transcend constructed binaries, while Today’s Top Stories, sees Sin playing the character of The Storyteller, posing as a news anchor who recites philosophical propositions on existence, consciousness, naming and identity.

Alex Farquharson, Director of Tate Britain and Co-chair of the Turner Prize 2022 jury, said: “15 years since Turner Prize ventured out of London for the first time to Liverpool, it’s fantastic to see the prize back in the city. This year’s shortlisted artists have delivered a visually exciting, thought-provoking, and wide-ranging exhibition, and I encourage art lovers from across the country to come and see it for themselves.”

Helen Legg, Director of Tate Liverpool and Co-chair of the Turner Prize 2022 jury, said: “I’m excited to be unveiling work by these four outstanding artists at Tate Liverpool for this year’s Turner Prize. This is a diverse group of artists, each with a singular vision, who are all dealing with important issues facing our society today and together their work combines to create a fascinating and vibrant exhibition.”

The Turner Prize was established in 1984 and is awarded each year to a British artist for an outstanding exhibition or other presentation of their work. The Turner Prize award is £55,000, with £25,000 going to the winner and £10,000 each to the other shortlisted artists.

Next year the Turner Prize 2023 will be hosted by Towner Eastbourne as the centrepiece of the gallery’s centenary programme from 28 September 2023 to 14 January 2024.

The winner will be announced 7 December in Liverpool