The DCMS (Department for Digital, Culture, Media & Sport) has placed a temporary export ban on a multiracial allegorical Painting depicting Two Ladies, English School valued at £272,800. The bar is to allow time for a UK gallery or institution to acquire the painting. The exceptionally rare painting depicts a black female sitter alongside her white companion, contributing to the historical debate about race and gender in the 17th century. Dating to around 1650 is at risk of leaving the country unless a UK buyer can be found.

This extremely rare painting shows two women, one black and one white, side by side, presented as companions and equals with similar dress, hair and jewellery. The depiction of a black female sitter in a seventeenth-century painting is highly unusual, particularly a work showing an adult rather than a child in a position of subservience, inviting important debate about race and gender during the period.

Another remarkable aspect of the painting is the depiction of beauty patches on both women. Although in vogue at the time, the picture appears to condemn wearing these “spots” via an inscription above the two women, which claims wearing beauty patches is a sin of pride, a widespread opinion in the 17th century. This work style gives the painting an affinity with popular woodcut prints at the time, making it clear the work is allegorical and associating it with satirical verse, pamphlets and sermons.

Arts Minister Lord Parkinson of Whitley Bay said: This fascinating painting has so much to teach us about England in the 17th century, including in the essential areas of race and gender, which rightly continue to attract attention and research today. I hope a gallery or museum in the UK can buy this painting for the nation so that many more people can be part of the continuing research and discussion into it.

The Minister’s decision follows the advice of the Reviewing Committee on the Export of Works of Art and Objects of Cultural Interest (RCEWA). The Committee agreed that it is a sporadic and fascinating painting, which has tremendous potential for further research in many subjects. In addition, the Committee found the early date of this picture particularly significant, given the subject, as all known comparisons are from much later.

“This anonymous painting is a great rarity in British art, as a mid-seventeenth-century work that depicts a black woman and a white woman with equal status. It is not a portrait of real people, as far as we know. Still, the inscription reveals that it is a sternly moralising picture that condemns the use of cosmetics, and specifically elaborate beauty patches, which were in vogue at the time.” -Committee Members Pippa Shirley and Christopher Baker.

Although not distinguished artistically, its imagery relates in fascinating ways to contemporary stereotypes of women, fashion, and, through the juxtaposition of the figures, race. The fact that it has only recently emerged, and only one other related painting is known so far, and that it could be used to explore important aspects of black culture in seventeenth-century Britain, makes it particularly important that it remains in this country so that its meaning can be widely studied and understood.

Further research could reveal how the picture connects with contemporary print culture and texts and the contexts and purposes for which it might have been created and displayed. The Committee recommended that the painting’s departure from the UK would be a misfortune because it is of outstanding significance to the study of race and gender in the 17th century.

The export licence application for the painting will be deferred until 9 March 2022. At the end of the first deferral period, owners will have a considerable period of 15 Business Days to consider any offer(s) to purchase the painting at the recommended price of £272,800 (including VAT). The second deferral period will commence following an Option Agreement and will last for three months. 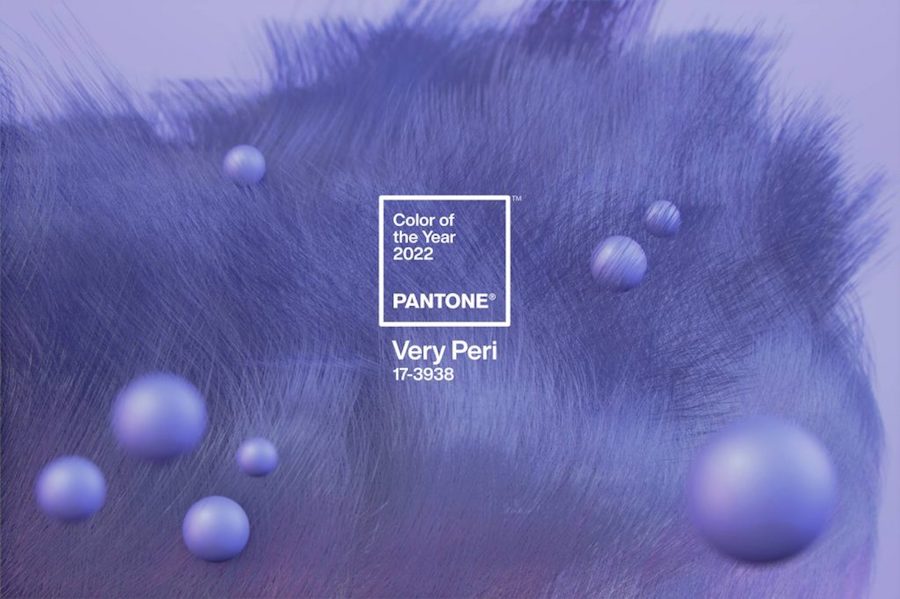 A new Pantone colour whose presence encourages personal inventiveness and creativity has been selected colour of the year.
The company mused, “Displaying carefree confidence and a daring curiosity that animates our creative spirit, inquisitive and intriguing PANTONE 17-3938 Very Peri helps us to embrace this altered landscape of possibilities, opening us up to a new vision as we rewrite our lives. Rekindling gratitude for some of the qualities that blue represents complemented by a new perspective that resonates today, PANTONE 17-3938 Very Peri places the future ahead in a new light.”

We are living in transformative times. PANTONE 17-3938 Very Peri is a symbol of the global zeitgeist of the moment and the transition we are going through. As we emerge from an intense period of isolation, our notions and standards are changing, and our physical and digital lives have merged in new ways. Digital design helps us to stretch the limits of reality, opening the door to a dynamic virtual world where we can explore and create new colour possibilities. With trends in gaming, the expanding popularity of the metaverse and rising artistic community in the digital space PANTONE 17-3938 Very Peri illustrates the fusion of modern life and how colour trends in the digital world are being manifested in the physical world and vice versa. 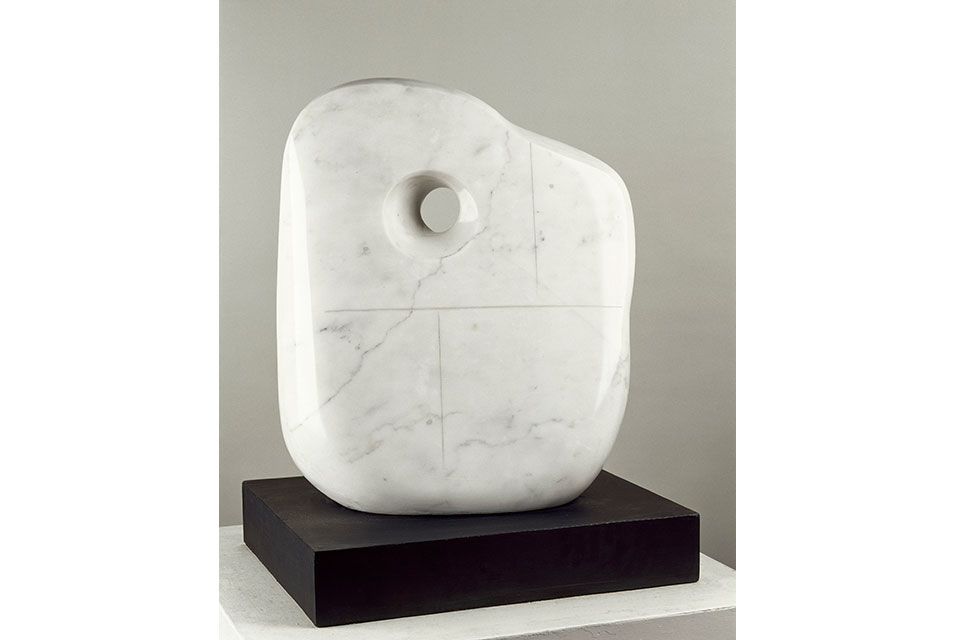 Lakeland Arts have been given an important sculpture created by the leading figure of 20th-century art Barbara Hepworth. Dame Barbara Hepworth’s Moon Form has been acquired for the nation through the Acceptance in Lieu Scheme, which is administered by the Arts Council and allocated to Lakeland Arts.

The piece has been on a long-term loan to Abbot Hall in Kendal since it was the centrepiece of the 2014 exhibition Barbara Hepworth: Within the Landscape. It now enters the Lakeland Arts collection permanently.

Hepworth (1903-1975) was an internationally renowned artist of the 20th century and pioneer as a woman and mother for breaking down gender stereotypes in a largely male-dominated art sector.

She sculpted Moon Form in 1968 from a single piece of white marble with incised geometric lines and finished with her iconic ‘pierced form’. The carving of the piece displays a close connection to the landscapes of Cornwall, where it was created.

The news of the acquisition comes at a time that Lakeland Arts plans to re-open Abbot Hall in the summer of 2022 having closed the Art Gallery for redevelopment in early 2020.

“Hepworth is a major international art figure who pushed the boundaries. Moon Form will have its home at Abbot Hall. Not only can visitors from across Cumbria enjoy this world-class work up close but it is also a treasure for the whole nation.”

Lakeland Arts has several of Hepworth’s works in its collection including: Torso III (Galatea); nine lithographs from Aegean Suite, and Oval Form, a piece purchased by Abbot Hall directly from Hepworth in 1963.

Despite challenges the museum sector has faced during the pandemic, the Arts Council can reveal that over the past year objects – paintings, archives, and items of cultural importance – worth £54 million were accepted for the nation and allocated to museums across the UK.

This eclectic range of objects encompassing paintings, sculptures, archives and even a steam locomotive have been allocated to public collections across the United Kingdom, where they will be available for generations to come.

Arts Minister Lord Parkinson of Whitley Bay said: “The Acceptance in Lieu and Cultural Gifts Schemes exist to save important cultural objects for the nation, giving everyone an opportunity to see them on display. “It’s wonderful that so many fascinating works have been acquired through the scheme and I’m delighted that the vast majority have gone to institutions outside of London, benefiting museums, galleries and people across the country.”

Sir Nicholas Serota, Chair, Arts Council England, said: “This report marks 10 years of the Arts Council’s administration of these schemes, which both play a vital role in ensuring that communities across the nation can enjoy cultural treasures close to where they live.

“During these years, a diverse array of unusual and exceptional items has entered public collections throughout the U.K, offering lasting inspiration to all for years to come. I am, as ever, grateful to the Acceptance in Lieu Panel, and its Chair, Edward Harley, who – despite challenges faced due to the pandemic – have worked hard to ensure that galleries and museums across the country benefit from these two important schemes.”

Edward Harley, Chair, Acceptance in Lieu, said: “I am grateful to all those who have contributed to ensuring that culturally significant objects continue to enter public collections despite the pandemic.

“As the report reflects, an exciting and diverse range of objects has been saved for all to enjoy; we are particularly excited that this year, the schemes have delivered their first-ever joint allocations and that items allocated outside London account for 81% of the total tax settled. These acquisitions will be a continued cause for celebration and community engagement and will benefit all regions of the U.K. for years to come.”