Illuminated by undulating light from the Firth of Tay, and set against a Scottish blue sky – the V&A Dundee is Scotland’s impressive new design museum, and recently Artlyst – and the rest of the world’s press – were given the opportunity to explore the city’s new £80m architectural wonder.

Positioned at the centre of what was once Dundee’s maritime infrastructure, the building – designed by renowned Japanese architect Kengo Kuma – has the appearance of two inverted pyramids – partially overhanging the Tay – and seated in shallow water. In fact the new V&A echoes the RRS Discovery – the vessel built in Dundee, and sailed to Antarctica by Scott and Shackleton – which rests nearby at its moorings. 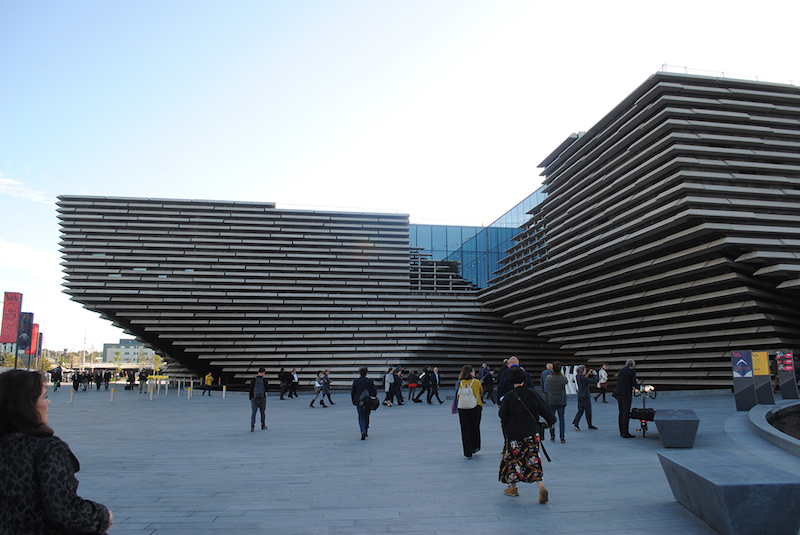 Kuma’s architectural design is said to be inspired primarily by the cliffs on Scotland’s north-eastern coastline, yet the building’s cladding is reminiscent of Dundee’s shipbuilding history, connecting the industrial landscape and the power of nature; the rapid waters of the Tay. 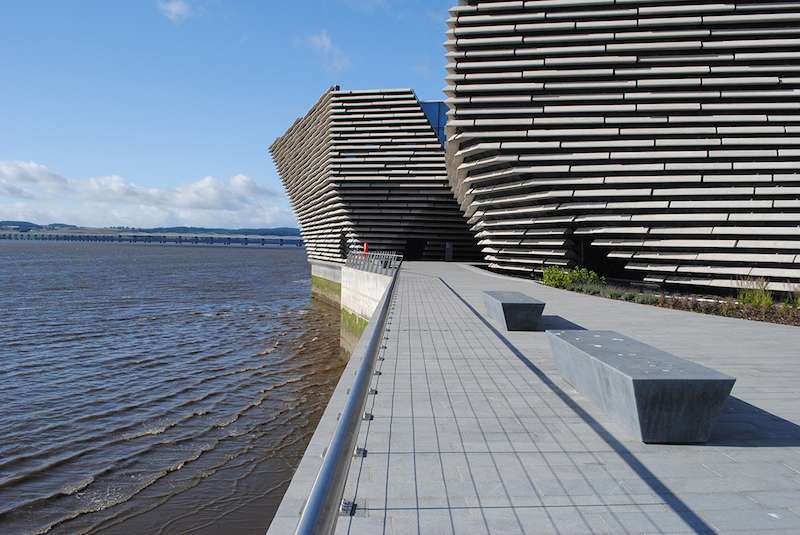 “The uniqueness of this project for us is in the position between the water and the city – it is very different from a normal site as it sits in between land and water. As we started thinking about the project one of my colleagues showed me a picture of the cliffs of north-eastern Scotland – it’s as if the earth and water had a long conversation and finally created this stunning shape. The design of V&A Dundee attempts to translate this geographical uniqueness into the building by creating an artificial cliff” – Kengo Kuma.

The architect’s two ‘artificial cliffs’ rise up and meet to connect at the level of the upper galleries. This forms an open triangular archway through the core of the museum, reconnecting the city with the river. The architectural form highlights the relationship not only between the industrial landscape and nature but also the relationship between the city and the river – the building acts as a gate through which Dundee and its inhabitants have access to the world. 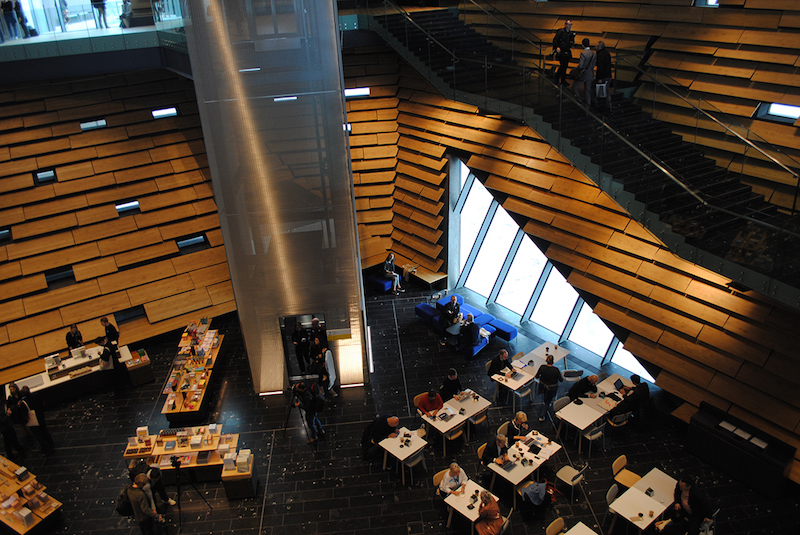 Dundee was a city built on trade, and this ‘connector’ – the bridge between land and eventual ocean – forms a window framing the river Tay – it also references the commemorative Royal Arch which was built nearby to welcome Queen Victoria and Prince Albert to the city in 1844. 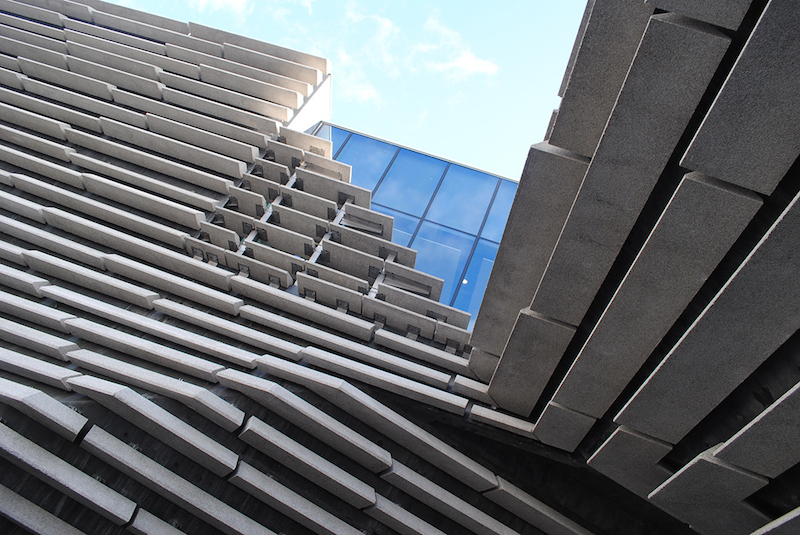 The interior of the building mirrors the external cladding of pre-cast concrete, running horizontally around the curving concrete walls – and is lined with hanging oak-veneered panels, creating patterns akin to the organic boards of a ship interspersed with windows onto the Tay – in fact it is possible to sit in the ‘prow’ of the building, looking out onto the flowing water. 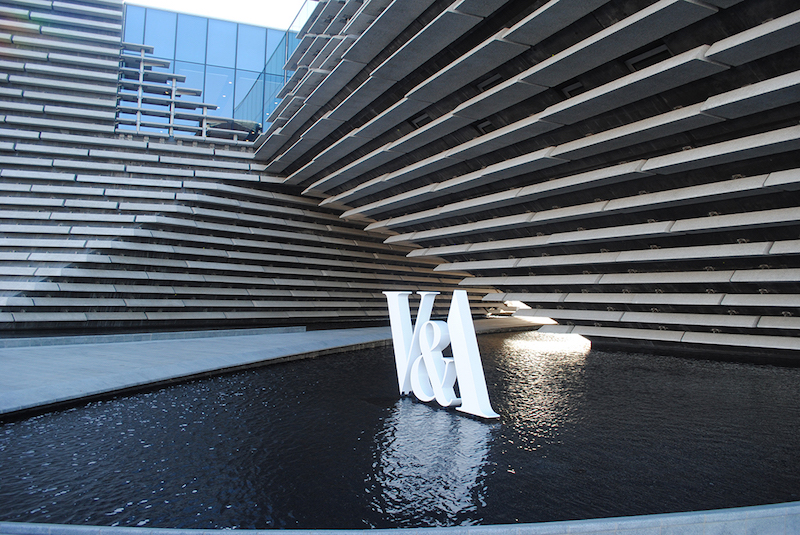 This ‘prow’ literally points to Dundee’s connection to the world and its history of trade. In fact, the building appears to be heading for its christening and launch into the Firth. The visitor becomes a ‘passenger’ of the building, on board Kuma’s Ship of culture and design as the water flows past the windows.