Vito Acconci the New York-born Brooklyn-based conceptual and performance artist has died age 77. He is best known for his seminal art performances.

I was always fascinated by diagramming a sentence. Because that is going into a space, going into a world of language – Vito Acconci

Vito Hannibal Acconci (January 24, 1940 – April 28, 2017) was an American designer, landscape architect, performance and installation artist. Acconci began his career as a poet, editing 0 TO 9 with Bernadette Mayer in the late 1960s. Acconci transformed himself into a performance and video artist using his own body as a subject for photography, film, video, and performance. Most of his early work incorporated subversive social comment. His performance and video work were marked heavily by confrontation and Situationism. In the mid-1970s, Acconci expanded his métier into the world of audio/visual installations. 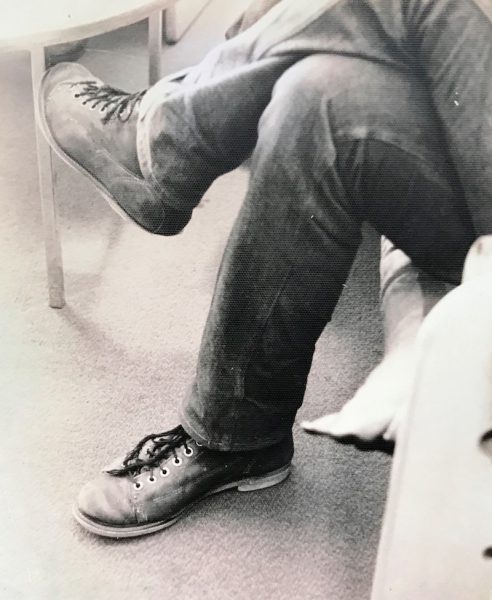 Cindy Nemser was the first art critic to write about Vito Acconci for Arts Magazine in 1971. Nemser also later did an interview with Vito Acconci which became the cover piece for Arts Magazine. In the article “Video: the Aesthetics of Narcissism”, Rosalind Krauss refers to aspects of Narcissism apparent in the video work of Acconci. “A line of sight begin Acconci’s plane of vision ends in the eyes of his projected double”. Krauss uses this description to underline aspects of narcissism in the Vito Acconci work Centres. In the piece, Acconci is filming himself pointing directly at himself for about 25 minutes, by doing so Acconci makes a nonsensical gesture that exemplifies the critical aspects of a work of art through the beginning of the 20th century. Krauss also goes on to explain the psychological basis behind the actions of video in comparison to discussions of object art. 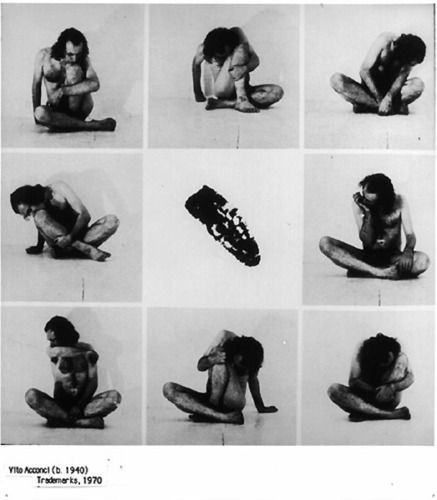 In the 1980s, Acconci turned to permanent sculptures and installations. During this time he invited viewers to create artwork by activating machinery that erected shelters and signs. One of the most prominent examples of these temporary installations is titled Instant House, which was first created in 1980 but was recently exhibited in the summer of 2012 at the Museum of Contemporary Art San Diego. Later, in January 1983, Acconci was a visiting artist at Middlebury College. During that time, he completed Way Station I (Study Chamber), which was his first permanent installation. The work sparked immense controversy on the college’s campus and was eventually set on fire and destroyed in 1985.[9] Despite this, the sculpture marked a transition for Acconci’s career from performance artist to architectural designer. He turned to the creation of furniture and prototypes of houses and gardens in the late 1980s, and in 1988 the artist founded Acconci Studio, which focused on theoretical design and building. Acconci Studio is located on Jay Street in Brooklyn. Acconci has designed the United Bamboo store in Tokyo in 2003 and collaborated on concept designs for interactive art vehicle Mister Artsee in 2006 among others including the highly acclaimed: Murinsel in Graz, Austria.