Tributes have been pouring in for the American artist Wayne Thiebaud who died yesterday in Sacramento, California age 101. His daughter Twinka Thiebaud made the following statement on Facebook, “Master painter, art professor, tennis player, joke teller extraordinaire, beloved husband, father, uncle and friend,Wayne Thiebaud has packed up his brushes in search of new scenery to paint, new canvasses to conquer. He will always be our favourite Father Christmas. Rest in sweet peace, Papa. One hundred one extraordinary years on planet earth!
RIP Wayne”

Wayne Thiebaud is not making Pop Art, but something age-old: art for eternity – Edward Lucie-Smith

Wayne Thiebaud began his life in Mesa, Arizona, in 1920 and was raised in southern California. He had a love for cartoons and comic strips from a young age and began his career as a commercial artist in his teens. He worked as a sign painter and apprenticed as an animator for The Walt Disney Studios before serving in the United States Army Air Force during World War II. After his service, he continued to work as a commercial artist—designing movie posters, making cartoons, and working in advertising—before pursuing the study of fine art in the late 1940s. Studying under the G.I. Bill, Thiebaud earned his bachelor’s and master’s degree from the California State University in Sacramento. While still in graduate school, he began his teaching career, working as an art professor for eight years at Sacramento Junior College before joining the University of California Davis faculty. Thiebaud has enjoyed a long and distinguished career as a teacher, and after retiring at age seventy, he continued to give popular classes as professor emeritus. Apart from a sabbatical year spent in New York in the late 1950s, Thiebaud worked in California for his entire career. 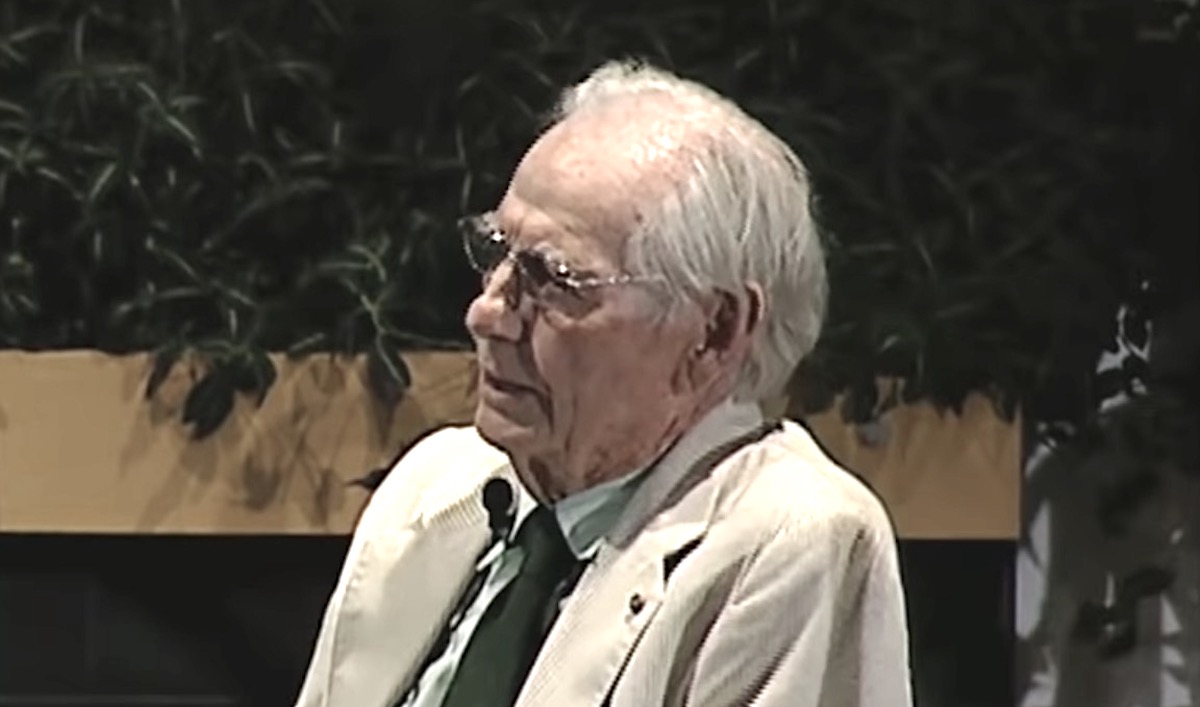 Thiebaud had begun painting the works he is best known for in the early 1960s. These works depicted quintessentially American, everyday still lives in bright colours which included cakes, pies, hot dogs and hamburgers, gumballs, lollipops, and slot machines.

Instead of painting from life, Thiebaud represented these objects from memory, drawing from nostalgic recollections of bakeries and diners from his youth and contemporary commercial imagery. Working with thickly applied paint, Thiebaud often spotlights his objects against pale backgrounds with the well-defined shadows characteristic of advertisements. Then, he outlines his forms in radiant colours to heighten their chromatic intensity to achieve a halo-like effect. In addition to his still lifes, Thiebaud also painted portraits in the same style, depicting solemn figures set against light, empty backgrounds.

Alongwith landscapes and portraits, Thiebaud continued to paint his signature still lifes of everyday items. Experimenting with colour, texture, light, and composition, he repeatedly tackled the same subjects to challenge and explore the formal possibilities of painting. He lived and worked in Sacramento, California.

His gallery acquavellagalleries said,  “It is with great sadness that we mark the passing of a truly remarkable man, Wayne Thiebaud. An American icon, Wayne led his life with passion and determination, inspired by his love for teaching, tennis, and above all, making art. Even at 101 years old, he still spent most days in the studio, driven by, as he described with his characteristic humility, “this almost neurotic fixation of trying to learn to paint.” It has been an honor to work with you.

“I think art is probably our saving grace. It can almost ignore our animal premise and spirits. It’s worth investing in as many deeply involved people as we can muster because I think that’s where our hopes lie: in giving us a life of pleasure, challenge, comfort, joyousness—all of the things that make us human and able to relate kindly to each other.” — Wayne Thiebaud, 2021