An iconic portrait of  Winston Churchill, executed when he was the British Prime Minister, has been stolen off the wall of an exclusive hotel in Ottawa, Canada. The photograph, an original print of one of the 20th centuries most famous images is known as the “Roaring Lion”. It was  created by the renowned portraitist Yousuf Karsh and valued at around $60k. It is thought that it was switched with a reproduction bearing a forged signature.

The deception was discovered by an eagle-eyed staffer at the Fairmont Château Laurier hotel after someone reported the frame was crooked and not in the style of others in the hotel’s reading room. The photo dates from 1941 and was snapped when Churchill addressed the Canadian Parliament during World War II. Local authorities have been informed of the picture’s disappearance. Karsh’s original prints were all created by the artist in his lifetime and signed personally by him. His negatives and archives were donated to the Library and Archives of Canada in 1996.

In 2016, the image was featured on the British five pound note 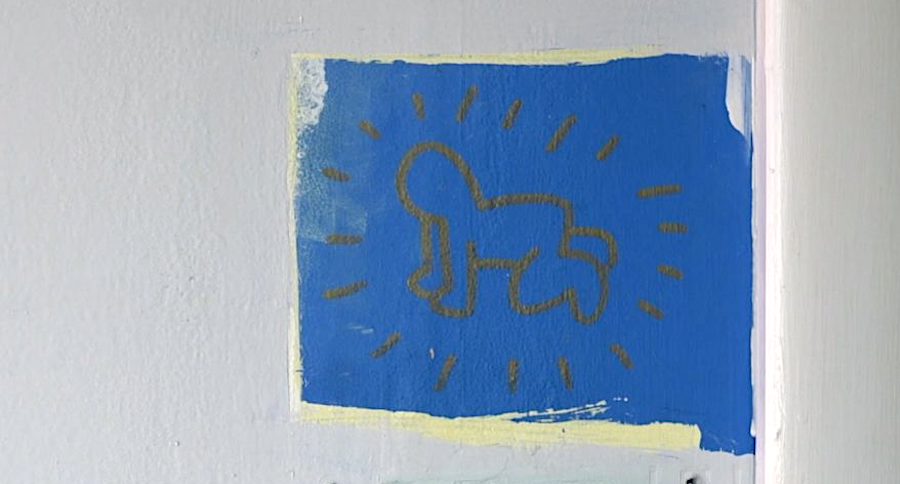 The earliest example of Keith Haring’s celebrated “Radiant Baby” motif has been found on his childhood bedroom wall in Kutztown, Pennsylvania. The artwork painted directly on the wall has been removed and is up for auction at Rago Arts and Auction in New Jersey.

The small work depicts a vibrant yellow baby against a five inch wide blue background. The date when the work was painted is not known. The artist lived in the house until he was 18 and frequently visited his parents until his death in 1990.

It will be available to purchase at Rago’s sale of post-war and contemporary art on September 14. There is currently no pre-sale estimate for this painting. 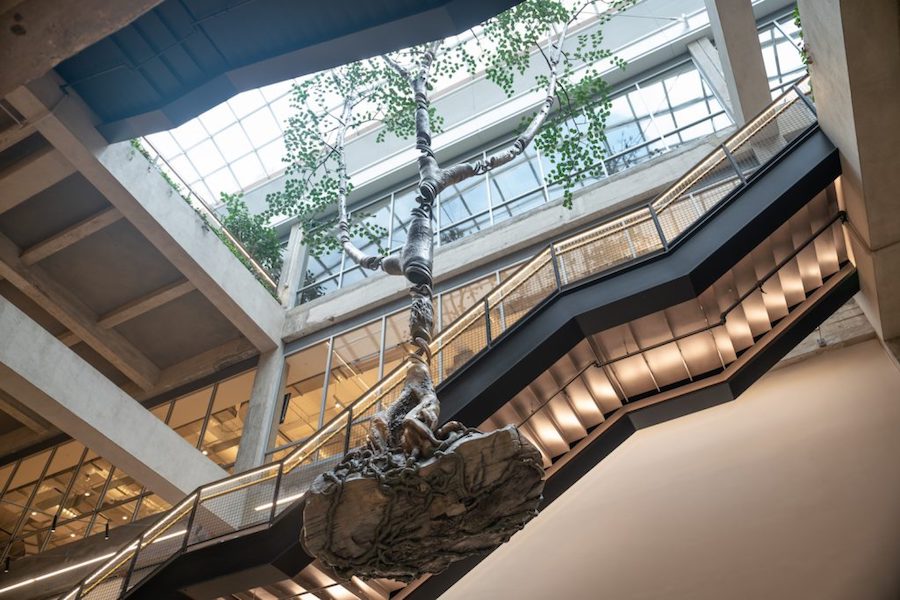 This Autumn, Meta launches their New York City HQ with a nod to both analogue and digital art; we got a sneak preview before the worker ants settled into their desks.

Meta, the newish name for the parent company of Facebook, has transformed a former post office, integrating a new transit hub, Moynihan Station. The 700,000 square feet of offices include a showcase for their Open Arts platform. They have commissioned five site-specific works by emerging artists, including, Baseera Khan, Facing Si-Qin (Top Photo) Matthew Kirk, Liz Collins and Heidi Howard. What do you think?….