Update: £160k pure profit has been raised for the charities’ 225 SALES IN 4 DAYS  go to artistaidukraine.org
Adrian Wiszniewski – sold all 3 artworks.

From Wednesday to Saturday, 14 volunteers will present one of the best contemporary art exhibitions Glasgow has seen for years. The staggering thing is that most of these people are also hosting Ukraine refugees.

Led by award-winning painter Rosemary Beaton, they have persuaded many of Britain’s top artists to donate work to a significant fundraiser to help families and children victims of war in Ukraine. The aim is £50,000. 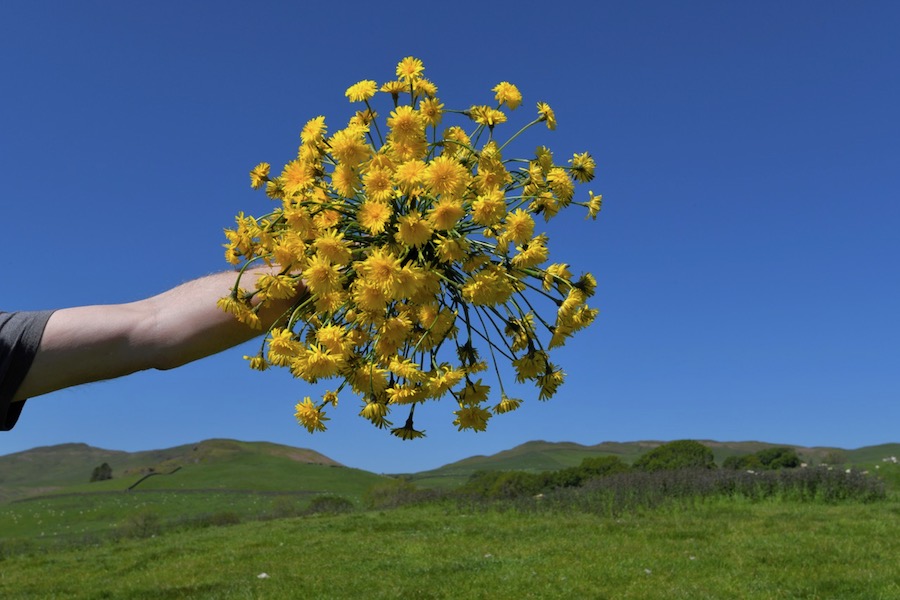 The artist’s response has been phenomenal. ANDY GOLDSWORTHY MADE A NEW DRAWING of a tree growing over a burnt-out tank – for a future memorial, “unlikely it will ever be realised but having the idea is important – at least for me.” It reflects work he made for Manhattan’s Holocaust Museum’s garden: trees growing out of huge boulders, which I wrote about for the FT when I was NYC based. Andy emphasised “nature’s ability to survive in impossible circumstances.” His tribute to WW 2 now applies equally to Ukraine. Peter Howson was the UK’s official war artist in Bosnia. His large oil, ‘SLAVA UKRAYINI’ or “Glory to Ukraine!” echoes the official salute of their Armed Forces, a symbol of sovereignty and resistance. 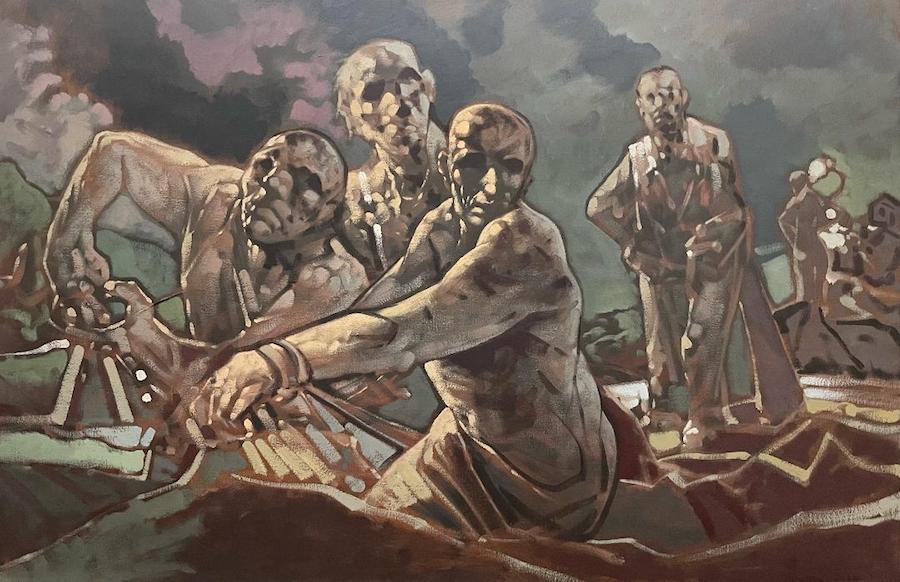 The Queen’s Sculptor in Scotland, Sandy STODDART, decided on his favourite river god image – “With their world-weary looks and beards – up there with God and Santa!” – to create large circular sculptures and 24 smaller dinner plate size ones. “People don’t have room for large sculptures, so I’m making small ones specially for this sale.” These celebrate the Ukrainian river god, Dnieper and echo work he made years ago. “Ironically for an oligarch’s mega London mansion – rumoured to be for Putin!” With sunflower crowns and facing off Kalashnikovs, these guys are one in the eye for Russia. DAVID MACH quickly signed on to the project and contributed characteristic collages and new pieces – the Mona Lisa and Rembrandt, made out of pinheads! These artists are in huge demand in America but retain their homes in Scotland. 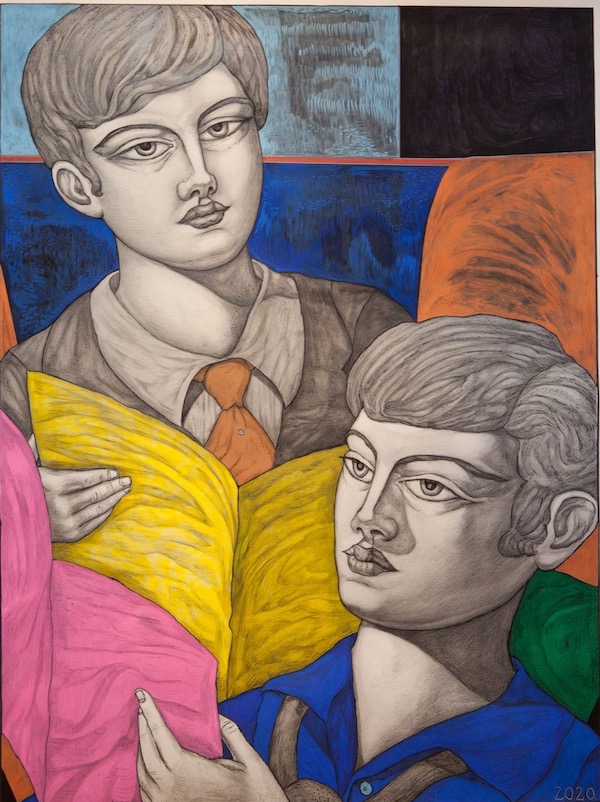 Stephen SKRYNKA’s father arrived in London as a refugee from WW2. Rounded up by the Germans, he escaped to a camp for displaced people in Belgium run by the British.” My father was so grateful to the UK, which he loved dearly. He’d be heartbroken to see history repeat itself.” His family were sent to Siberia and didn’t know if he was dead or alive for another thirteen years. The prospect of today’s nightmare overshadowed Skrynka childhood. At Artist Aid Ukraine, Stephen Skrynka shows photos of his father protesting in front of the Russian Embassy in the 1960s. Earlier this year, Skrynka rode his own hand-made Revelator Wall of Death to raise money for Ukraine and is now hosting exhibitions and art events in it. Made entirely without nails during Lockdown, this 16ft high structure took two years to build. The artist taught himself how to perform the stunt. He says the learning process is “long, slow and painful!”

The 100 artists, including Barbara Rae, Callum Innes, Adrian Wiszniewski, and Ken Currie. Victoria Morton, and Andy Scott, are generously donating from 100% to 60% of the price. It’s a show that could easily be in Kelvingrove or Tramway. Proceeds go to British Red Cross and OPORA.