Dürer’s Journeys – Travels of a Renaissance Artist is a major new show announced for the National Gallery March 2021. This will be the first significant UK exhibition of the artist’s works in such a wide range of media for nearly twenty years shows Dürer’s career as a painter, draughtsman and printmaker. Most of the exhibited works are displayed in Britain for the first time. 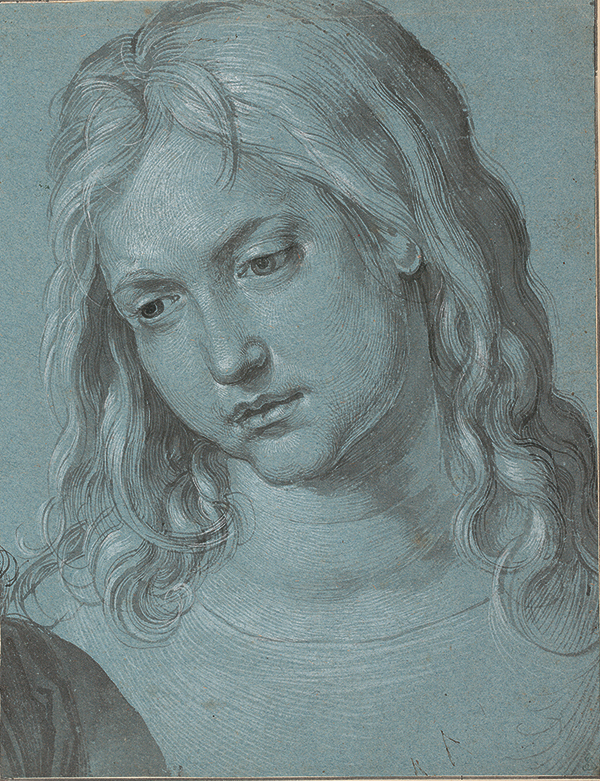 It is also the first exhibition to focus on the artist through his travels bringing the visitor closer to the man himself and the people and places he visited, through over a hundred paintings, drawings, prints and documents loaned from museums and private collections worldwide.

The Credit Suisse Exhibition: Dürer’s Journeys – Travels of a Renaissance Artist (6 March – 13 June 2021), for the first time, chronicles the Nuremberg-born artist’s journeys to the Alps and Italy in the mid-1490s; to Venice in 1505–7; and to the Low Countries in 1520–1, journeys which brought him into contact with artists and fuelled his curiosity and creativity as well as increasing his fame and influence.

Major loans include the artist’s Christ among the Doctors, 1506, (Museo Nacional Thyssen-Bornemisza, Madrid), Saint Jerome, 1521, (Museu Nacional de Arte Antiga, Lisbon), Portrait of a Man, 1521 (Museo Nacional del Prado, Madrid) and a double-sided painting of a Madonna and Child, about 1496–9 (National Gallery of Art, Washington), which will be shown in the UK for the first time.

Other lenders to the exhibition include the Suermondt-Ludwig-Museum, Aachen; Albertina Museum, Vienna; the Staatliche Museen zu Berlin; Musée du Louvre, Paris; Rijksmuseum, Amsterdam; the British Museum; the British Library; the Royal Collection; the Fitzwilliam Museum, University of Cambridge; the Ashmolean Museum, University of Oxford; and, from New York, the Metropolitan Museum of Art and the Morgan Library & Museum.

In the first room of the exhibition visitors can experience how Dürer’s career progressed in the years following his return to Nuremberg after travelling to the Alps and Italy in the mid-1490s. His Saint Jerome, about 1496, in the National Gallery’s collection, with its detailed landscape and extraordinary reverse will show the huge development in Dürer’s work around the time of that early Italian visit.

The second room includes some of Dürer’s early studies of human proportion from his visit to Venice from 1505 to1507, during which he recorded his impressions in letters to his friend Willibald Pirkheimer. One of these letters will be featured in this room together with three portraits by Dürer and the great painting Christ among the Doctors, 1506, (Museo Nacional Thyssen-Bornemisza, Madrid.) Two studies of this picture are included among a group of stunning drawings.

In room three, which includes many of the artist’s best-known engravings, we see Dürer return to Nuremberg, where he was employed by the Holy Roman Emperor Maximilian I, before embarking on a journey north to Aachen where the coronation of the new Emperor Charles V was to take place. He also visited the Low Countries which Charles’s aunt, Margaret of Austria, governed. The room contains the only surviving page of a journal Dürer left of his travels in 1520–1, in which he was accompanied by his wife Agnes and maid Susanna. It records his itinerary, his expenses, and his encounters with people. 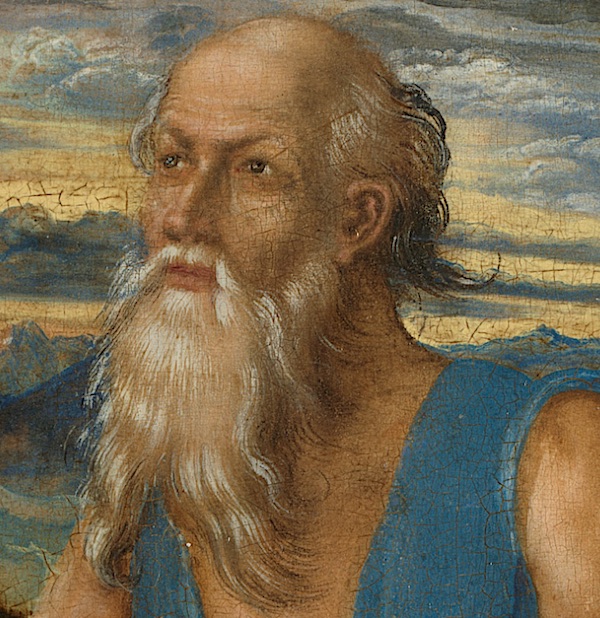 Portraits, including in chalk, charcoal and silverpoint, are featured in the fourth room of the exhibition while Dürer’s observations as he sketched people, animals and townscapes are explored in the fifth, which includes sheets from his silverpoint sketchbook, with some of Dürer’s most vivid and sensitive drawings.

The artists Dürer met on his travels in the Low Countries are the theme of room six which includes the dramatic painting Landscape with the Destruction of Sodom and Gomorrah, about 1520, (Museum Boijmans Van Beuningen, Rotterdam, on loan from the Cultural Heritage Agency of the Netherlands) by Joachim Patinir, ‘the skilled landscape painter,’ which Dürer owned. This room also includes the drawing of Saint Christopher, 1520 (British Museum) that Dürer made for Patinir.

The final room is devoted to the period in Antwerp, where Dürer became friendly with the Portuguese merchants’ agent Rodrigo de Almada, who sent him numerous gifts including feathers, coral and two green parrots. Dürer painted a striking and innovative image of Saint Jerome,1521, (Museu Nacional de Arte Antiga, Lisbon), for Almada – a radical departure from a subject Dürer had often represented in both painting and print. The painting, which may itself have been influenced by Netherlandish art, made a deep impression on artists in the Low Countries.

During and just after his journey to the Low Countries, Dürer experimented with new approaches to the Crucifixion story, perhaps with prints in mind. His representation of religious imagery was by this time strongly influenced by his interest in Martin Luther’s insistence on the essentials of the Christian faith. During his time in the Low Countries, Dürer drew the portrait of the great humanist Erasmus, but it was not until 1526 that he produced his engraving of Erasmus, 1526, (Rijksmuseum, Amsterdam) which was to be his last.

Dr Susan Foister, Deputy Director of the National Gallery, London, and Curator of The Credit Suisse Exhibition: Dürer’s Journeys – Travels of a Renaissance Artist, says: ‘Dürer’s art knew no boundaries, neither territorial nor intellectual. Through his journeys he came into contact with artists, people and places in ways that fuelled his curiosity and creativity, and that increased his fame and influence. His reputation as the most innovative printmaker of his time preceded him. His constant, questing intellectual curiosity opened up fruitful exchanges with artists in the north and south of Europe. Uniquely for his time, Dürer recorded aspects of his life not only in his art but also through letters and journals. His voice resonates across five centuries to speak to us today.’

Dr Gabriele Finaldi, Director of the National Gallery, London, says: ‘Albrecht Dürer’s astounding artistic achievement, his intellectual curiosity, his inexhaustible versatility and his engagement with the great events of his time, make him deeply fascinating to us five centuries later. The first major exhibition to be held on the artist in Britain for 20 years, The Credit Suisse Exhibition: Dürer’s Journeys – Travels of a Renaissance Artist sees a superb selection of paintings, drawings and prints brought together, most of them on view here for the first time.’