Allan Kaprow Lives! Andrew Logan’s Alternative Miss World Competition returns to the Globe Theatre on Saturday 20 October, after a four-year hiatus. Joining Andrew as co-host will be actor Sara Kestelman. This inspirational performance art event, now in it’s 14th edition has collaborated with the late great Divine inspired General Idea and is a forerunner of Elmgreen and Dragset’s sensibility.

“A marriage made in heaven – Shakespeare’s Globe and the Alternative Miss World. I am thrilled to be back at the Globe to celebrate this adventure and Psychedelic Peace.” -AL

This now legendary competition which takes place whenever Andrew feels the time is right, The Globe will host the fourteenth Alternative Miss World pageant since its inception in 1972. The Alternative Miss World has been the subject of two feature-length documentaries, one of which, Jes Benstock’s British Guide To Showing Off has been screened in the cinema and more recently on BBC2. Andrew inadvertently set a precedent during the era of early Bowie and Biba (where he created giant red roses for their roof garden), which was to become hugely influential in the diverse and flamboyant club era that was to follow and continues to this day. 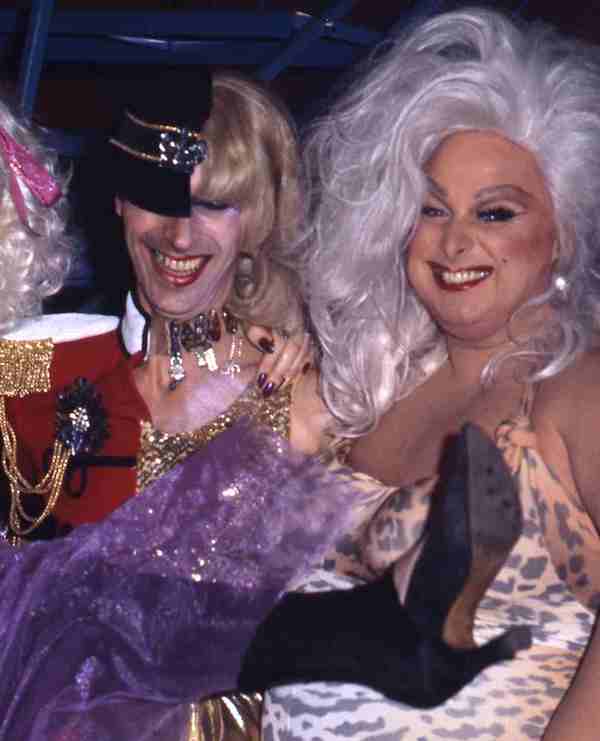 Andrew first saw Sara Kestelman perform in Peter Brook’s renowned A Midsummer Night’s Dream in 1970 descending from the rafters on a giant red feather. As well as film and television work, her recent theatre credits include The Lady in the Van (Theatre Royal Bath), Filthy Business, The Intelligent Homosexual’s Guide to Capitalism and Socialism With a Key to the Scriptures (Hampstead Theatre) plus Making Noise Quietly (Donmar). She has attended multiple Alternative Miss Worlds.

A host of luminaries from the worlds of fashion, film, theatre, music and art have a long-standing history with the pageant. 2014’s judges included the late Fenella Fielding OBE, Dame Zandra Rhodes, Zoe Wanamaker CBE and Suggs. David Hockney, Brian Eno, David Bailey and Billy Connolly have also judged past competitions, with the late Derek Jarman crowned an early winner of the contest in 1975. 2018’s judging panel will be confirmed closer to the event, with surprise additions to be announced on the night.

The theme for this year’s pageant will be Psychedelic Peace, celebrating peace and love for humanity. Contestants from across the globe will participate in traditional daywear, swimwear and eveningwear rounds, as well as a personality interview. This competition, however, focuses not on beauty but transformation, creativity, equality and championing the inherently unique.

Sculptor and performance artist, Andrew Logan, is one of Britain’s principal sculptural artists, belonging to an inimitable school of English eccentrics. With his work described as “…the art of popular poetry and metropolitan glamour,” he challenges convention, mixes media and questions our artistic values. Andrew’s sculptural works have been exhibited as far afield as the USA, Mexico, Singapore and Russia, and his art can be found in public and private collections such as London’s V&A and National Portrait Gallery, American Visionary Art Museum (Baltimore), Metropolitan Museum (New York), Museo del Vidrio (Monterrey, Mexico), Museum of Modern Art (Moscow), and the Australian Gallery of National Art (Sydney).